First Nations must have prominent, equal role in development projects: Coates in the Globe and Mail 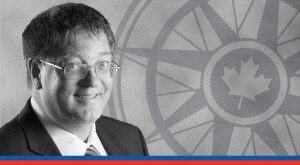 First Nations must consider a range of issues when it comes to development proposals, writes Munk Senior Fellow Ken Coates in the Globe and Mail.

In the early 1990s, the government of British Columbia faced a political dilemma similar to the current controversy over the Site C dam. Alcan Aluminium Ltd., as the company was called at the time, was exercising its right to expand the capacity of its Kemano hydro-electric system. The Kemano Completion Project (KCP) promised major industrial investments and northern job creation, but attracted a great deal of opposition, including from environmentalists and Indigenous peoples. In 1995, the NDP government cancelled the project.

The debate over Site C suggests, at first glance, that not much has changed since then. Yet the reality is different. Through a long series of court decisions, Indigenous peoples today have much more legal power and political clout. But there is another change, perhaps of equal significance to this legal empowerment, one that could give Indigenous communities the collective power to respond.

First Nations must consider a range of issues when it comes to development proposals. Non-resource sectors of the Canadian economy provide precious few opportunities for sustained work, decent wages and community benefits. First Nations are also understandably tired of their financial reliance on the federal government. Their determination to protect the environment is unbroken, but many communities are willing to accept some risk provided that the benefits of having their own source revenues are real and substantial.

A significant problem is that most Indigenous communities have small populations and are coping with the lingering effects of colonialism, economic marginalization and racial discrimination. The Canadian courts have provided some measure of power, with hope for more authority in the future. But few small communities have the capacity to manage the demands of responding to multiple, large-scale development proposals.

Modern development projects are remarkably complex affairs. In addition to negotiating impact and benefit agreements and resource revenue-sharing deals, communities have to oversee environmental and socio-economic reviews, evaluate highly technical reports, prepare training and employment plans, and create financial strategies for the potentially substantial financial returns. They also have to manage the often-intense debates at the community level between those opposed to development and others more supportive.

First Nations have long found strength in numbers. In recent years, they have started to take a co-ordinated approach to development activities. The First Nations Major Projects Coalition (FNMPC) is one of the most promising. As of January, 2018, 40 First Nations, primarily in the central and northern parts of B.C., have joined the organization. Indigenous communities across the country are also showing interest in the model.

The FNMPC is community-driven and its membership has chosen to be organized in three regional caucuses. Members receive technical information necessary to arrive at informed and co-ordinated responses to large-scale development proposals.

It is highly symbolic that the FNMPC is assisting with the shared development plan for the Kenney Dam, which was formerly a key component in Alcan's Kemano Completion Project. The business case is still under discussion and a decision has not been made to proceed. Today, a number of First Nations who played public roles in the KCP protests are prominent in the discussion about the Kenney Dam. Through FNMPC, individual First Nations have combined to create real influence and substantial capacity, working collaboratively to better match the power and expertise of governments and corporations.

Indigenous communities are neither automatically supportive of development nor unalterably opposed. They demand and deserve the right to have a prominent and equal place in development projects. The First Nations will make considered decisions that reflect their current and long-term interests. The new arrangements are not yet fixed and remain to be fully tested. The power balance has yet to be set completely right. Groups like the FNMPC hold the potential to provide true and sustained empowerment and an approach to development that actually serve Indigenous interests.