The First Taste of Revolution is the Sweetest: Joseph Hudson for Inside Policy 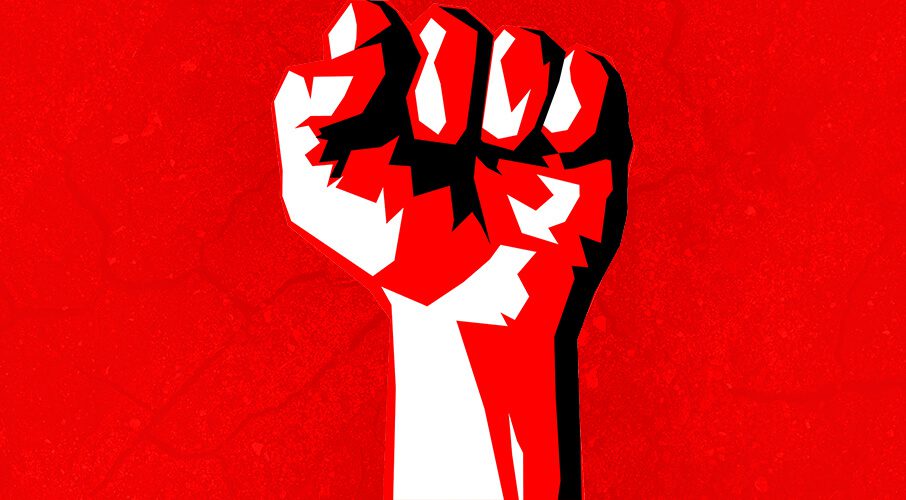 While a "Cultural Revolution" is unlikely to happen here and the context is dramatically different, Joseph Hudson writes that it’s difficult to deny that the philosophical foundations that underpinned the Cultural Revolution nightmare, and our current “woke” campuses, are eerily similar.

During China’s 1960s Cultural Revolution, children, teens, and college students in schools throughout the nation were encouraged to “expose” and “hold accountable” their professors. Those who held opinions – and positions of authority – that were deemed incompatible with CCP values, were publicly humiliated, fired, and even tortured and killed. Mao famously declared that this revolution would destroy the ‘four olds’: old customs, old culture, old habits, and old ideas.

It’s an attractive idea to the future inheritors of a nation that they may be part of a fundamental, and morally grounded, paradigm shift. For this reason, many former Red Guards – the student-led paramilitaries formed during the Cultural Revolution – still remember their experiences quite fondly.

In the United States, a nation with its own complex history of social justice and labour movements, a new wave of identity-driven theories has become an omnipresent reality for many young people. At university campuses, where the number of conservative professors is decidedly small, the language of revolution against our own “Olds” is as pervasive as binge drinking and awkward sexual encounters. Continued calls to “check one’s privilege,” “decolonize,” “dismantle,” and “disrupt” aren’t just angsty buzzwords limited to social outcasts; they are direct calls to social action, spouted from those who are paid to educate – not indoctrinate – millions of young people attending these institutions.

For the intersectionalist, the prevalence of straight white politicians in American politics has little or nothing to do with personal competence, hard work, or a disproportionately higher number of straight white people. It has everything to do with the ways that society is structured around the favouring of those said traits and identities. Rather than engaging in a nuanced debate over how race and identity interplay with opportunity and outcomes, this ideology assumes everything comes down to and is predicated upon these power dynamics.

Both critical race theory and intersectionalism play a zero sum game; dividing all forms of human relations into binary categories. These theories see group identity as the ultimate defining factor of human experience.

Rather than work to improve within a system of equality, which allows individuals the same foundation for achieving success, the new social justice pedagogy preaches equity – the mandating of equal outcomes as a way to balance societal power structures. Government and institutional policy are the only real way to ensure true equity.

Recently, University of Pennsylvania ethics and health policy expert, Harold Schmidt, recommended that “older whiter populations” be given the COVID-19 vaccine after essential workers, who have higher minority populations. “Older populations are whiter,” Mr. Schmidt told the New York Times. “Society is structured in a way that enables them to live longer. Instead of giving additional health benefits to those who already had more of them, we can start to level the playing field a bit.” Let vulnerable populations willingly die to address racial disparities and historical grievances – in other words, equity.

Schmidt, a kind looking middle-aged white male, lacks all the trappings of a radical. He is, after all, a professional, an educator, an expert on public health policy. His well-intentioned approach to vaccine deployment priority is but an olive branch to those who have suffered historical wrongdoing.

Yet, despite the shocking tenor of his statement, Schmidt is not in any way an outlier in academia. Do his public statements mirror those made by either him or his department in the curriculum? Most likely. Does he mean to cause harm? Almost certainly not. Do his students believe in his expertise? Almost certainly. This framework of an omnipresent and irredeemable oppression comes largely from the desire to help others less fortunate.

Of course, it doesn’t take much time reading outside one’s field to realize that human beings are far more complicated and confusing than dualistic thinking and one’s subjective experience would have us believe. The problems of inequality are multi-varied, complex, and endemic to all living organisms across the globe. By focusing on equity, rather than equality, we are consciously choosing an identity-focused world, levelled at the cost of certain groups.

There are numerous examples over the last five years of what happens when these pathogenic ideas begin to spread among the student population.

In 2017, at Evergreen State College in Washington, a yearly event known as “the day of absence,” exploded into a national story. The day of absence – in which BIPOC students willingly abstain from campus to highlight their unique contributions – had been changed by student leaders. An announcement was sent out telling students that they would like all white people to stay home for the day. Bret Weinstein, a biologist who had worked at Evergreen for over 10 years, objected. He sent a message on a campus email list:

There is huge difference between a group or coalition deciding to voluntarily absent themselves from a shared space in order to highlight their vital and underappreciated roles (the theme of the Douglas Turner Ward play Day of Absence, as well as the recent Women’s day walkout), and a group encouraging another group to go away. The first is a forceful call to consciousness, which is, of course, crippling to the logic of oppression. The second is a show of force, and an act of oppression in and of itself.

Students immediately gathered around Weinstein’s classroom, shouting and cursing at him, accusing him of being racist. Cellphone video shows Weinstein attempting to defend himself, while students interrupt and scream at him. “Stop telling people of colour they’re f***ing useless. You’re useless,” shouted one student. Another: “You said some racist shit. F*** what you’ve got to say.”

The situation escalated rapidly. Local police were called in and were quickly chased off campus by the mob. George Bridges, the college President, was locked in his office by students and told he wouldn’t be allowed to leave. School security were useless against the crowd and locked themselves inside. Weinstein – who had been told by law enforcement to stay at his house – had threats made against him and his family's life. According to some witnesses, students began to patrol the campus with baseball bats.

Weinstein, who reached a settlement with the College after he resigned his position, warned that this ‘guilty until proven innocent’ style of activism was going to continue. Most at the time shrugged it off and the story received little national media attention.

Since the Evergreen incident; Syracuse, Princeton, Claremont McKenna College, Haverford College, NYU, Middlebury College, Smith College and the University of Chicago, to name only a few, have all experienced some type of serious "social justice" incident of a similar nature. While none has reached the level of insanity of Evergreen, all involved a highly vocal and quickly mobilized student mob demanding the university take action against perceived injustices. As British writer Douglas Murray succinctly points out in his book The Madness of Crowds, it is no surprise that the most highly affluent, left-wing, politically correct spaces are the first to get mobbed by their own. And it is the proliferation of ideas like critical race theory and intersectionalism that are leading students towards these actions.

A general ignorance of collectivist psychology remains pervasive. There is a reason the swastika is universally reviled, while the hammer and sickle is worn on the t-shirts of college kids.

What happened in China is unlikely to ever happen here. The context in which the Cultural Revolution took place was dramatically different. And that youth movement was ultimately created and facilitated by Mao himself to destroy his own enemies in the ruling Communist Party and state. But it’s difficult to deny that the philosophical foundations that underpinned the Cultural Revolution nightmare, and our current “woke” campuses, are also eerily similar. Today’s young generation of student activists sees the policing of “micro-aggressions,” and demands that there be racial equity among staff, as a 1960s-types civil rights movement reincarnate. And why shouldn’t they? The adults in the room have welcomed them to this new great struggle, holding back their heads for the first sweet taste of revolution.

Joseph Hudson is a writer and graduate student studying education technology. He teaches journalism and digital literacy part time in California, and is the host of The Heard Mentality podcast. Connect with him on twitter: @noisegatepress