We need leaders to focus on economic growth: Philip Cross in the Financial Post 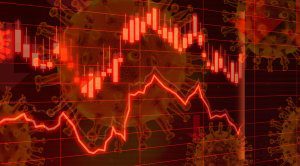 Unless we openly acknowledge the importance of raising our economic growth, we are likely to continue on the path to stagnation, writes Philip Cross in the Financial Post. Below is an excerpt from the article, which can be read in full here.

Like most Western nations, Canada takes economic growth for granted. That may explain why the election so far has not addressed the pronounced slowdown in our GDP growth over the past decade (see chart). The 10-year average of 1.5 per cent growth in real GDP is the worst since the Great Depression of the 1930s. Canadians need to be more aware of what a novelty sustained economic growth is in human history and how even small differences in growth rates can cumulate to significantly different economic outcomes over long periods.

In the life of our species, sustained economic growth is a brand-new experience. Economic historians agree that from the birth of Jesus to the middle of the 18th century there was little or no overall growth. Brief spurts in the rate of economic activity were soon reversed, either by the Malthusian check of population growth consuming all the extra resources or by higher incomes attracting external or internal predators. The result was an ingrained mentality that the economy was a zero-sum game, in which the only way to advance was at the expense of another. This peasant way of thinking — focusing on redistributing rather than creating income — still permeates the focus of collectivists, who misleadingly call themselves progressives despite their retrograde approach to the economy.

Capitalism’s breakthrough was to sustain higher growth over long periods. The Industrial Revolution’s initial upturn to about one per cent in per capita real income growth was not enormous by modern standards. But the difference produced by one per cent growth compounded over a century is enormous; as former Fed Chair Alan Greenspan observed, if the U.S. had grown by one per cent less a year from 1870 to 1990, it would have been no richer than Mexico. Nobelist Simon Kuznets, one of the pioneers of the study of economic development, observed that people forget “how exceptional growth of this magnitude is on the scale of human history.” As he wrote, growth had accelerated and the U.S. was doubling its GDP every 32 years.