Foreign actors are spreading COVID disinformation to destabilize our democracy and polarize our society: Marcus Kolga in the Vancouver Sun 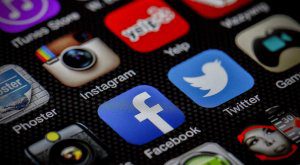 Foreign actors are engaging in information warfare to intensify divisions on both the far left and right, by tapping into the tide of frustration that is rising with the second wave, writes Marcus Kolga in the Vancouver Sun.

In late March, the parliamentary all-party National Security and Intelligence Committee released an alarming report about the threat of foreign influence and disinformation against Canada. The report went largely ignored.

It warned that foreign interference poses the “greatest threat to Canadian prosperity and national interest” and that the activities of malign actors aligned with foreign states “threaten the fundamental building blocks of Canada’s democracy.”

Six months later, the report’s warnings ring even louder, as the pandemic continues to catalyze disinformation aimed at destabilizing our democracy, and polarizing our society, while making us sicker. Despite this, no comprehensive government response has yet been announced.

Throughout this pandemic, millions of Canadians have been exposed to wild claims about COVID cures that have ranged from gargling hot lemon juice to drinking bleach. In April, the European Union warned that Moscow and Beijing were inundating the western world with such disinformation in order to intensify the effects of COVID. In one instance, Russian state media channel RT claimed that hand washing is not an effective way of combating COVID-19 — a statement that ran contrary to both medical advice and common sense.

Foreign actors have engaged in information warfare to intensify divisions on both the far left and right, by tapping into the tide of frustration that is rising with the second wave of the pandemic: isolation, social distancing, financial trouble, the unpleasantness of wearing masks and most importantly, our fear.

Conspiracy theories are developed and amplified by foreign regimes to exploit our need for explanations, accountability and to assign blame. They are among the most lethally corrosive types of narratives that are purposefully injected into the media environment to induce a decay of trust in our elected leaders, democratic institutions, health officials and those who have been entrusted with the task of protecting us and our society — as well as each other.

Recent social media posts promoting a COVID freedom/anti-mask rally in Montreal were amplified by pro-Kremlin Facebook groups in Canada, the aim of which is to erode trust in public health officials and COVID protocols. A Russian flag was photographed by the CBC among those of QAnon supporters — a conspiracy theory movement that has been labelled a terrorist threat by the FBI.

Nor can we ignore the dangerous effects of political leaders who either knowingly or unwittingly downplay the risks posed by COVID-19, which play directly into the hands of malign foreign actors who seek to do the same. A tweet by U.S. President Donald Trump, for example, was labelled as violating Twitter’s rules about “spreading misleading and potentially harmful information related to COVID-19” for falsely claiming that the virus is less dangerous than the common flu.

The ultimate defence against disinformation is strengthening our society’s resilience against it through awareness and media literacy.

When we open our devices, we must become more selective about our sources and critically question claims against verifiable facts. That is the only way to survive this firehose of information that is constantly inundating us.

For instance, we know the claim that drinking garlic soup will somehow protect us from COVID is both ludicrous and dangerous. Yet we only know that today because we are equipped to make that determination using the knowledge we have acquired through medical experts, government officials and professional journalists.

There is much work yet to be done to help Canadians navigate the heavily polluted online media environment. Exposing and explaining foreign disinformation narratives is one way that we can do so.

As the National Security and Intelligence Committee warned in March, without a comprehensive approach to addressing it, foreign interference will “slowly erode the foundations of our fundamental intuitions, including our system of democracy itself.”

Marcus Kolga is a senior fellow at The Macdonald-Laurier Institute and founder of DisinfoWatch.org