Foreign Disinformation and Genocide Denial In Canada’s Senate: Marcus Kolga for Inside Policy 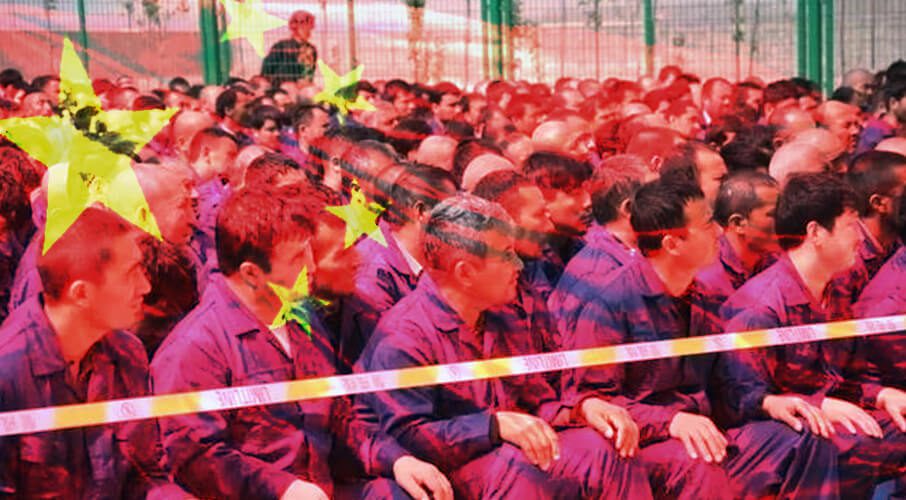 By mimicking the rhetorical tactics of the Chinese government, a few Senators managed to erode the basic human values and principles that Canada’s Parliament is entrusted to uphold, writes Marcus Kolga.

If there was any doubt that foreign propaganda is influencing Canadian democracy, the defeat of a Senate motion to recognize the Uyghur genocide last month should remove it.

In total, 33 Canadian Senators voted to turn their backs on millions of Muslim Uyghur victims and their families and were hailed by Beijing as “people of vision” and embraced for rejecting "the despicable schemes of a few anti-China forces” for doing so. The Senators who spoke against the motion used rhetorical tactics and narratives that bore worrying similarities to those used by Beijing. The outcome of the Senate vote clearly demonstrates that authoritarian regimes are having an impact on our democratic institutions and processes.

The capacity and will of such regimes to manipulate our perceptions and impair our ability to express our true principles and values in our decision making is nothing new. Canada’s National Security and Intelligence Committee of Parliamentarians and other western intelligence experts have repeatedly warned that foreign interference represents a significant threat to our democracy and society - without any significant response from the current government.

The Soviets pioneered the use of disinformation and influence operations to manipulate US perceptions in the early 1920s. When concerns about Stalin’s manufactured famine in Ukraine started circulating in the West in 1932, Stalin turned to a New York Times reporter named Walter Duranty, to suppress news about the Soviet genocide that killed millions of Ukrainians. Duranty had earned his fame and a posh lifestyle by laundering Josef Stalin’s crimes in western media, declaring that Stalin’s terror and mass murder was “done with noble purpose”.

A Welsh journalist, Gareth Jones visited Ukraine at the height of the famine and in 1933, exposed the horrific mass suffering to the British public. Duranty, ever loyal to his Soviet friends, dismissed and marginalized Jones’ account as hype and a “big scare story”- not unlike modern-day Chinese government spin about its own genocide in Xinjiang. Duranty would later outright deny the genocide, writing that the conditions in Ukraine “are bad, but there is no famine.”

Congratulating him for his efforts to suppress the story about the Holodomor genocide, Stalin told Duranty on Christmas Day 1933, “you have done a good job in your reporting the U.S.S.R. … because you try to tell the truth about our country.”

It took decades for Duranty’s willing participation in Soviet disinformation to be formally recognized. In 1990 The New York Times admitted in an editorial that Duranty’s dispatches from the Soviet Union and the Ukrianian famine, was “some of the worst reporting to appear in this newspaper.”

Today, authoritarians in Moscow, Beijing and Tehran actively seek out modern day Durantys, to help downplay western concerns about efforts to kill human rights activists like Alexey Navalny, and spread doubts about China’s ongoing genocide in Xinjiang. In the worst cases, government officials who harbour sympathies towards those regimes - for whatever reason - adopt those narratives in order to influence decision making in our democratic institutions.

Most recently, Russian and Chinese state media have shamelessly exploited the horrific discoveries of unmarked graves of children at former Canadian residential schools to draw a false moral equivalence and deflect criticism of their own crimes using a propaganda tactic known as “whataboutism”.

Walter Duranty’s modern acolytes dismiss evidence of genocide in Xjnjiang as “anti-Chinese” rhetoric and “hype” , while scolding Canadians about their hypocrisy, telling them that we have no right to crticize others.

Unlike the Chinese government, Canada will continue to address and correct its human rights legacy. However, the historical mistreatment of Indigenous communities does not negate Canada’s right to call out China’s Uyghur genocide, mass repression in Tibet or Hong Kong and foreign intimidation of Canadian activists.

By mimicking the rhetorical tactics of the Chinese government, a few Senators managed to erode the basic human values and principles that Canada’s Parliament is entrusted to uphold.

Just as Josef Stalin lauded Waler Duranty for his denial of the Holodomor genocide, so too has President Xi’s regime showered praise on 33 Canadian Senators for turning a blind eye to his genocide in Xinjiang.

Canada’s Senate now stands far apart from The House of Commons, the US Senate, and the UK and Australian parliaments. The denial of a well-documented genocide is not the kind of sober second thought that most Canadians expect from Senators appointed by the Prime Minister.