The Forgotten Lessons of Louis St-Laurent’s Leadership: Patrice Dutil for Inside Policy 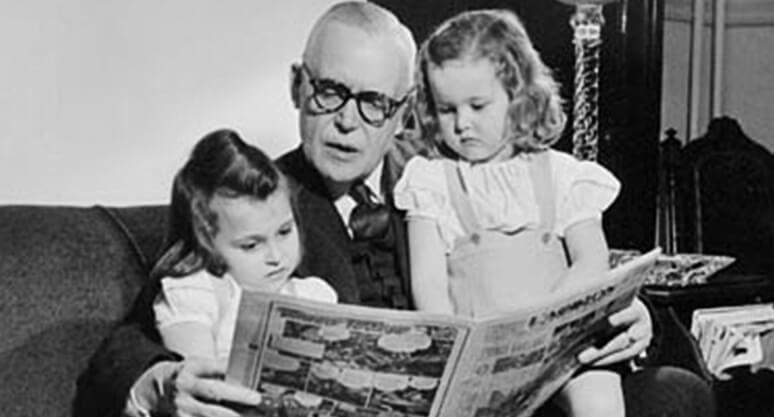 The St-Laurent government's leadership modernized the idea of Canada in its support of new programs and international relations, writes Patrice Dutil.

Scanning the landscape of political reputations, the journalist Bruce Hutchison wrote that “no finer human being ever governed Canada and none has been so thoroughly misunderstood as Louis St-Laurent.” This was in 1964, seven years after the old Liberal leader had retired from politics. That judgment still stands.

St-Laurent was born in Compton in 1882, studied law at Laval University and plunged into his profession, rising to become a leading barrister in Canada. Mackenzie King approached him to join the cabinet in November 1941; he said yes the day after Japan bombed Pearl Harbour. He was almost 60 years old (which in those days was old—the life expectancy for a man born at the same time was 40).

But he was young in spirit. Within seven years, in November 1948, he reached the top of Disraeli’s proverbial “greasy pole” with the driest hands possible. In the spring of 1949, at age 67, he led the Liberals to their greatest victory ever. In 1957, most thought Canada’s best-known great-grandfather would win a third time and lead Liberals to a third consecutive decade in power. The Liberals won the popular vote but lost the election. John Diefenbaker formed a minority government. Louis St-Laurent was now 75 years old (and would live to the ripe old age of 91).

Louis St-Laurent’s time as prime minister left a number of leadership lessons. Some have been retained, others not.

St-Laurent brought something new to government: an almost perfect mix of idealism and realism. On almost every issue it touched, his government modernized the idea of Canada, either in its support of new programs or in its international relations. It was, against all expectations, St-Laurent who proved to be a key agent of modernity in this country. Many of the things he did while in office continue to shape Canadian politics today—pipelines, defence, the place of Canadian culture, the impact of immigration, the nature of equalization payments, the imperatives of dealing with the North, to name but a few— are still with us and Canadians today live with the ambitions that St-Laurent first crafted. Yet no one would call themselves a “St-Laurent kind of politician,” or a “St-Laurent Liberal.” That is too bad: Canadians believed him and supported his priorities. His leadership lessons should resonate to this day.

Patrice Dutil is a professor of political science and public administration at Ryerson University. He is the Editor of The Unexpected Louis St-Laurent: Politics and Policies for a Modern Canada (University of British Columbia Press).