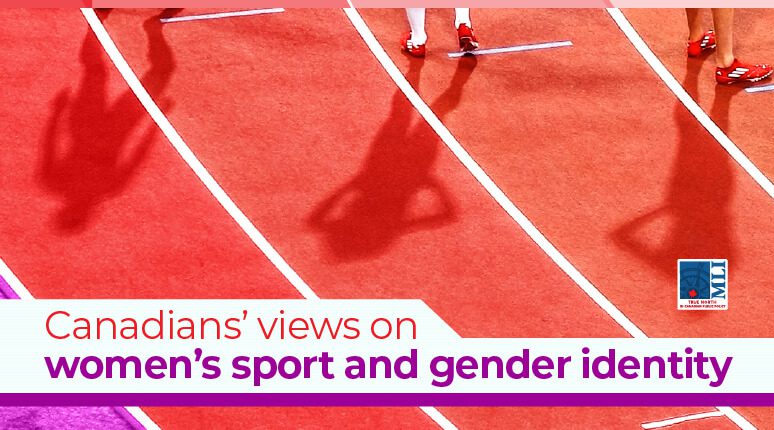 OTTAWA, ON (August 4, 2021): New polling conducted on behalf of the Macdonald-Laurier Institute reveals significant findings regarding Canadians’ views on gender identity and women’s sport. By wide margins, Canadians support traditional sex-based categories for competitive sport, and they believe that allowing transgender athletes who were born male but who identify as women to compete in women’s competitive events is “unfair.” 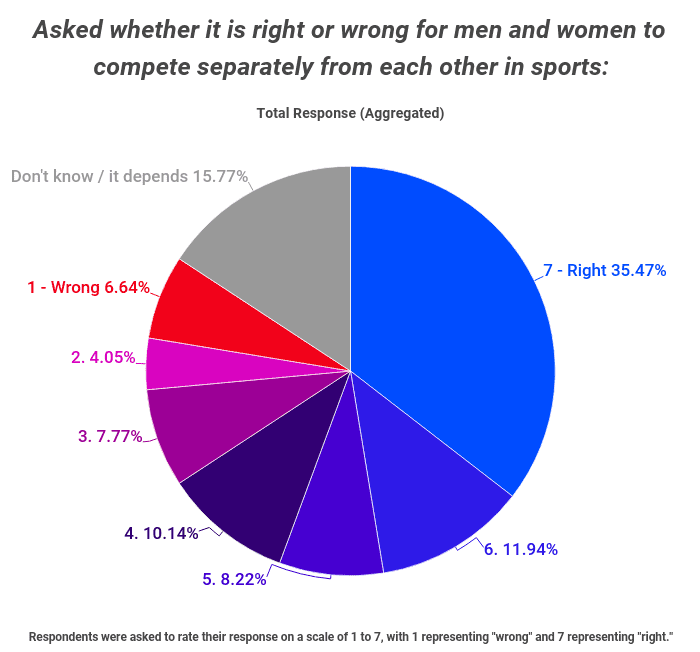 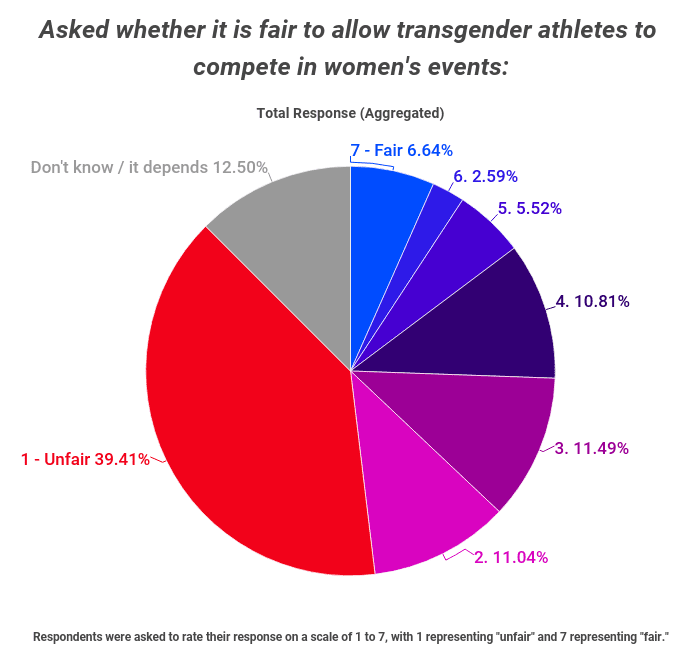 To learn more, check out the interactive polling data here, and review the analysis of this data developed in consultation with noted Canadian pollster Conrad Winn, a political science professor at Carleton University and founder of COMPAS Research. Additionally, this polling data will be discussed as part of an MLI webinar event taking place today at 4:00pm ET.

This timely data comes during the Tokyo Olympics and a growing debate in Canada and around the world over the best way to include transgender athletes without compromising the fairness of women’s sport.

"Sport is about bodies and bodies differ, sometimes in ways that are important for sport,” says Leslie Howe, a professor of philosophy at the University of Saskatchewan, MLI contributor, and panellist for today’s webinar. “Sex-based categories exist in sport to ensure the fairness and validity of competition, the safety of competitors, and to ensure the inclusion of women and girls in sport, providing opportunities for them that would not otherwise exist. If sport isn’t fair, it just isn’t sport."

Different sporting bodies and decision-makers have taken a wide-range of approaches to this issue, including allowing athletes’ self-identification to determine the sex category that they participate in. Other agencies require significant medical interventions, hormone standards, and/or waiting periods imposed on athletes before they can compete in a category as per their gender identity. Others require athletes to participate in the category of their sex at birth.

The new MLI polling indicates significant disagreement among Canadians regarding the best approach to balance inclusion and fairness. 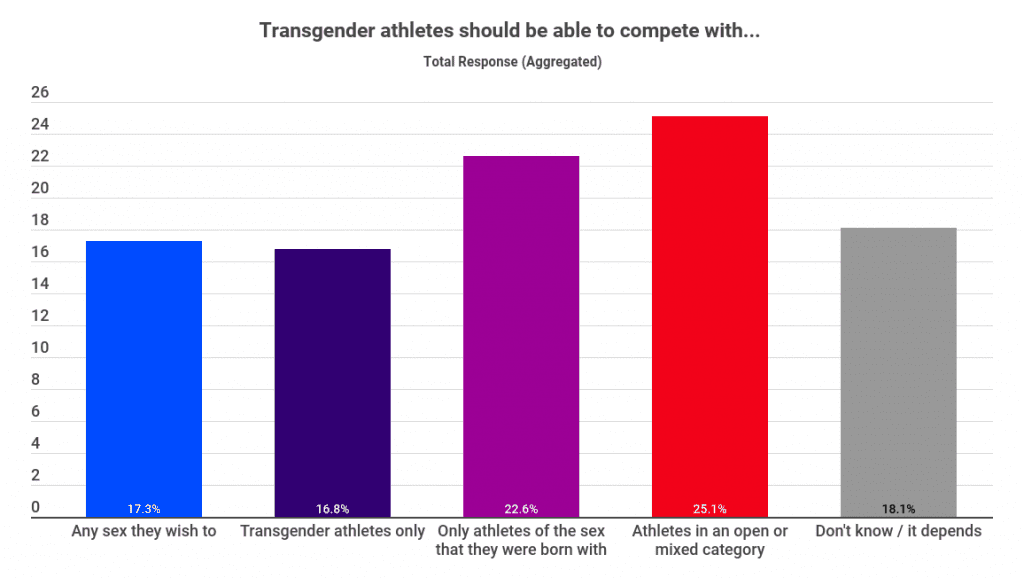 “The IOC has admitted that its policy for transgender athletes is ‘not fit for purpose’ and seeks to shift the onus back onto international federations” says Jon Pike, former chair of the British Philosophy of Sport Association, MLI contributor and panellist. “This is a failure of leadership. Safe, fair, and maximally inclusive sport must be built on rational, evidence-based policy-making that can win reflective and well-considered public support.”

While there are few divisions in Canadians’ views based on education, gender, or region, it is evident that age is a significant factor contributing to respondents’ opinions. Those 55+ tend to be somewhat more likely to be concerned about the impact of transgender athletes on women’s competition. For instance, a third of Canadians under 34 believe that transgender athletes should be able to compete in any category based on gender self-identity, whereas only 7 percent of those 55+ hold a similar view.

“Governments do countless things that affect lives – from health and military spending to taxation and roads,” notes Professor Winn. “But there are few things that resonate with the average person more than sports, sex, and gender. Sports administrators and government leaders need to pay attention to polls that reflect what people may care about. These opinion research findings are worth considering as policy leaders search for the right answers.”

For more information, consult the links below:

The Macdonald-Laurier Institute conducts polling on issues of national concern. See our website to find out more about Canadians’ views on: