Get ready for naughty little taxes: Jack Mintz in the Financial Post 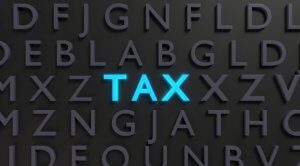 Naughty little taxes are low in revenues (typically less than a half point of GDP) but high in virtue signalling, writes Jack Mintz in the Financial Post. Below is an excerpt from the article, which can be read in full here.

Our deficit-plagued federal and provincial governments are readying themselves with a host of potential tax hikes for an unsuspecting electorate. Most experts focus on the big taxes — income, payroll, property and sales — that may need higher rates to feed politicians’ insatiable appetite for public spending. But the taxes that show up more often are the naughty little ones that slip by without much reaction.

What do I mean by a “naughty little tax”? All taxes are naughty in that they cost money to collect and impose economic costs by discouraging work, investment and risk-taking. The little ones, however, are special. They are low in revenues (typically less than a half point of GDP) but high in virtue signalling. Few taxpayers are affected, and the tax typically appeals to a governing party’s political base. Here are some examples.

Net wealth taxes: The NDP is pushing for a one per cent annual net wealth tax on fortunes more than $20 million. The Parliamentary Budget Office predicts the tax would raise 0.2 per cent of GDP ($5.6 billion). The virtue is in supposedly making a few wealthy Canadians pay “their fair share” — even though the top 1 per cent already pays close to 20 per cent of personal income taxes. The extra revenue won’t make much of a dent in $500 billion in federal spending this year. Of the 12 countries that had general net wealth taxes in 1990, only four still do today (Colombia, Norway, Spain and Switzerland) and they collect only small amounts of revenue. Many countries have annual property taxes on housing that raise much more revenue.