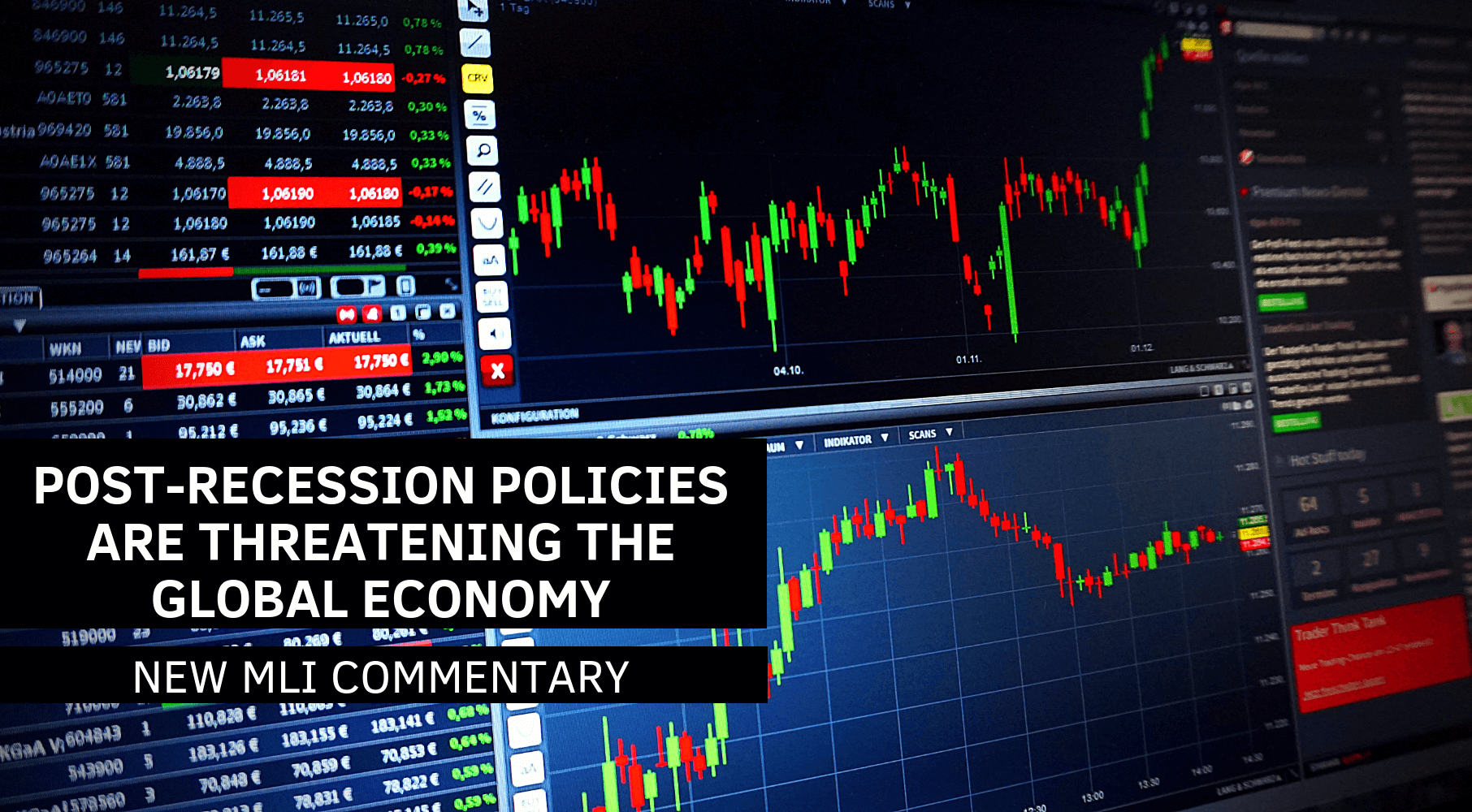 OTTAWA, ON (February 28, 2019): The near-future may be bleak for the global economy; trade tensions, uncertainty, and slow-downs are all on the horizon according to the IMF. But what is underpinning these growth-reducing forces?

In a new MLI commentary, titled Laying the Groundwork: How Polices Adopted After the Great Financial Crisis Are Threatening the Global Economy, Munk Senior Fellow Philip Cross explains that the global response to the 2008-2009 financial crisis is in large part responsible for the threats facing the world economy today.

“The actions policy-makers take to correct the immediate weakness of the economy lays the groundwork for the next downturn,” explains Cross. He argues that our reaction to the 2008-2009 crisis is no exception, with policy-makers “creating distortions in the economy that eventually mutate and metastasize.”

Cross’s commentary tracks the trajectory of every major economic downtown since the 1980s, making the case that knee-jerk reactionism has simply created the conditions for the next downturn. And evidence suggests that the world may be primed for another recession in the not-so-distant future.

“The threat of a global recession is hardly far-fetched. Italy has already returned to recession, its third in the past decade. The UK is not far behind as an agreement on Brexit flounders. Real GDP in Germany has fallen over the last two quarters and France was slowing amid growing ‘yellow vest’ protests late in 2018. So is the US after the temporary stimulus from last year’s tax cuts wanes. Canada is tottering on the brink of recession, despite the benefit of continued growth in the US.”

At the root of this situation has been the extraordinary stimulus, interest rate cuts, and government borrowing that have reached “the absolute limits” of what is even possible in some countries. The fiscal and monetary levers that are normally reserved for emergencies have been left on, meaning that fewer tools are available to dull the impact of any coming downturn.

Beyond limited capacity to address future recessions, Cross also locates 2008-2009 stimulus efforts as an actual cause of economic weakness both in Canada and around the globe.

In Canada’s case, Cross argues that many experts seem blissfully unaware of how much of an economic predicament the country now finds itself in.

“Most analysts do not seem to appreciate how rapidly Canada’s economy has slowed. The MLI leading economic indicator (LEI) has fallen for three straight months, a longer and deeper decline than 2015’s near-recession.”

All that said, is the global economy heading towards a recession? On that million-dollar question, Cross is pessimistic:

“[A global recession] seems the inevitable result of the policies maintained over the past decade. Of greater concern is that these same policies may prevent governments from responding as forcefully.”

To learn more about the bleak economic outlook that may be facing Canada and the world, read MLI’s latest commentary here.