Globalization Had A Really Good Weekend: William Watson in the Financial Post 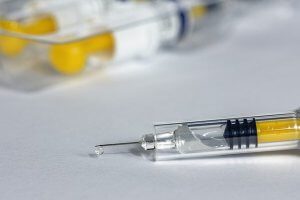 Globalization brought us a world-saving vaccine made in Belgium by Americans and Germans just 36 hours after leaving the factory, writes William Watson in the Financial Post. Below is an excerpt from the article which can be read in full here.

So how are you feeling about the evils of globalization now?

We all spent the weekend watching a world-saving vaccine produced by an American-German joint venture winging its way from Belgium — yes, Belgium — to Germany to Kentucky and thence on to 14 locations in Canada, where it was being injected into the most vulnerable among us just 36 hours after leaving the factory. The transportation was courtesy of two miracle-working companies, FedEx and UPS, who in just a few decades have built a global just-in-time logistics network to rival the one run for centuries by Saint Nicholas. Some U.S. networks, with their bigger budgets and stronger competitive imperatives, broadcast from beside runways, showing empty FedEx jets taking off to pick up vaccine from Pfizer’s Michigan manufacturing facility and then returning just hours later with their precious, deep-frozen cargo.

Apologies to Belgians, but the last time they were in the news around here was when Walloon farmers were trying to block the Canada-Europe Trade Agreement, political gamesmanship that brought our trade minister, the redoubtable Chrystia Freeland, almost to tears — though possibly her choking-up was gamesmanship, too. The farmers offered many arguments as to why they were opposed, but at bottom they didn’t want to let cheaper Canadian products through to their fellow citizens. Yes, more-open borders may well have hurt Walloonian farmers but it seems other Belgians are clever with vaccines, at least in producing them, and the world is now almost literally beating a path to their country’s door.

Best not be too euphoric, however. This first batch of vaccine is just 30,000 doses, enough to protect 15,000 people, just one in 2,500 Canadians. Experts were being asked what effect the first vaccinations would have on the pandemic. Duh! Almost none, but of course the path to herd immunity is to start with what you have and keep at it.

We’re a country with high per capita income and a big scientific establishment. But there are a few dozen other countries like us. If pharmaceutical development and production are left to global markets, and we’re sensible enough not to treat the companies that curate the process as pariahs, we will get our share of both. And if borders stay open to trade, we’ll be able to make up our shortfalls with help from FedEx and UPS.