Canada needs a genuinely federal police force to make good on its firearms mandate: Christian Leuprecht and Dave Cassels in the Hill Times 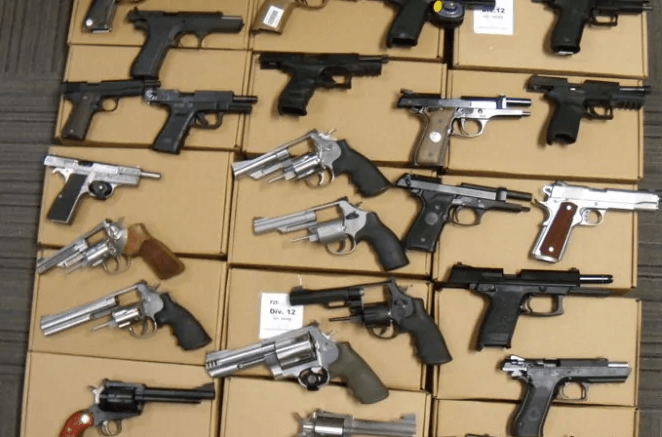 Since Bill C-21 is bound to be reintroduced in one form or another, this is a propitious moment to step back and take stock of the government’s options, write Christian Leuprecht and Dave Cassels in the Hill Times.

Gun safety has been on the legislative docket consistently since the École Polytechnique shootings in 1989. Gun owners now take courses, undergo waiting periods, and are subject to a stringent licensing system to own, transport, and handle a firearm. So, why do well over 1,000 Canadians continue to die from firearms annually? With the close of the legislative session an honest attempt to remedy this issue in Bill C-21 has yet again been pushed back.  Since the legislation is bound to be reintroduced in one form or another, this is a propitious moment to step back and take stock of the government’s options.

The University of Washington’s Institute for Health Metrics and Evaluation (IHME) tracks lives in all countries by every conceivable cause of death. Statistics for gun violence are particularly revealing. In 2019: 0.47 deaths per 100,000 in Canada, 3.96 in the U.S., 0.04 in the U.K. In other words, the U.S. is an outlier among prosperous democracies, but so is Canada: you are eight times more likely to die a violent death by firearm in the U.S. than in Canada—but almost twelve times more likely to be shot dead in Canada than in the U.K. The availability of firearms is necessarily an enabler.

Bordering the largest drug and weapons market in the world generates spillover effects for gangs and drugs. Mexico and Canada’s geographic fate accounts for their higher incidents of gun violence compared to other prosperous democracies. Apart from investing in criminal intelligence to curb cross-border gun trafficking and early interventions with at-risk youth, Canada is limited in its ability to curb spillover effects from the U.S.

Yet, even across U.S. states, there is substantial variation: from 3.4 deaths per 100,000 in Massachusetts to 24.4 in Alaska. The explanation is well documented and straight forward: gun safety laws curb gun crime, violence, and death.

Robust U.S. and Canadian data also show that two per cent of the population are the targets of 98 per cent of shootings, and they are targeted mostly because of their own criminal activity. In other words, most shootings are not random: those who associate with people who have illegal firearms are far more likely to get shot. That contrasts with rare yet pernicious mass shootings, whose victims are random: Polytechnique, Portapique, Danforth.

Bill C-21 would have given municipalities the power to make owning handguns illegal. But most of the handguns used in the commission of those offences are already illegal: only one of 20 handguns seized by Toronto Police between January and mid-February 2021 was legal. While the proposed new restrictions may have some effect in Calgary, where straw purchases (or, the practice of legally obtaining firearms and then reselling them to criminal markets), appear to make up a significant portion of illegal handguns, the impact in Toronto will likely be minimal. In 2019, for example, 82 per cent of handguns seized in Toronto originated in the United States.

In 2006, there were 360,000 restricted weapons in Canada; now there are more than one million. This is largely a result of the federal government reclassifying firearms that had previously been non-restricted. Hunters, farmers, and responsible gun enthusiasts do not need military-style weapons. Their use in mass shootings is bound to accelerate calls for sweeping restrictions on firearms. Indeed, in the aftermath of the Nova Scotia mass shooting in April 2020, the government banned the purchase, sale, transport, or use of assault rifles and sub-automatic under the Firearms Regulations of the Criminal Code, which the government can amend without having to legislate—by issuing order-in-council PC 2020-298.

The government could also move on regulating gun markings, which has been awaiting implementation since 2004, criminalize straw purchases and make those who enable them accessories to the crime should that firearm be used in the commission of an offence. Stiff penalties are needed for people who possess a stolen or illegal firearm and for legitimate gun owners who fail to follow conditions of their permit, including lifetime bans. To these ends, Canada needs a genuinely federal police force with better capacity to make good on its firearms mandate.

Bill C-21 had initially proposed a mandatory buy-back program, but the legislation’s final draft instead grandfathered out designated rifles with an optional buy-out. While the merits of using taxpayers’ dollars to buy back property, which the government had allowed those same taxpayers to acquire legally in the first place are debatable, the measure is demonstrably in the best interest of public safety.

Firearms legislation is bound to be controversial. On the one hand, a government that is actually serious about firearms could act on any number of options that do not require legislation. On the other hand, C-21, however inchoate, represents a genuine effort to balance individual interest with community safety across a large country where values, interests, and priorities vary widely.

Christian Leuprecht is Class of 1965 Professor in Leadership at the Royal Military College, director of the Institute of Intergovernmental Relations, Queen’s University, and senior fellow at the Macdonald Laurier Institute.

Dave Cassels was formerly the chief of police in Winnipeg and is now a public safety consultant.