Got CEWS, Paid Dividend: No Problem: William Watson in the Financial Post 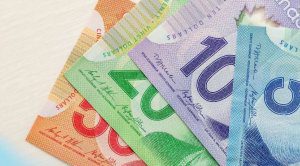 If business people pay dividends in the middle of a pandemic, it’s probably because they think it’s important for the future of their firm, writes William Watson in the Financial Post. Below is an excerpt from the article, which can be read in full here.

The question arises whether companies receiving the Canada Emergency Wage Subsidy should pay dividends, increase their dividends or even engage in stock buybacks. In fact, it arose on the front page of this section on Saturday. And not only arose but was answered. National Business Columnist Kevin Carmichael argued that although such practices were legal, the federal government not having outlawed them as a condition of receiving CEWS, they were in effect immoral: “The sight of large, relatively healthy corporations feasting on sustenance meant for weaker employers during a once-in-a-lifetime catastrophe is emblematic of why Canada’s style of capitalism is in trouble. Change is coming …”

Exactly what new version of capitalism is coming is not clear. Soviet capitalism, maybe? Or, on the much-admired Chinese techno-authoritarian model, communism with Canadian characteristics? But leave that question aside. What is morally required of companies that apply for and receive CEWS?

The rules have been evolving but firms originally got CEWS only if their revenues had fallen by at least 15 per cent in March and 30 per cent in May and June. Yes, a firm that suffered a revenue loss of 30 per cent might be “relatively” healthy — certainly compared to those, like Air Canada, whose revenues were down 95 per cent — but it could still be completely unhealthy in absolute terms.

It’s always good to be reminded that money is fungible and funds given for one purpose may actually end up being spent elsewhere — a fact of life often regretted but never annulled. But, more importantly, the new capitalism of which we hear so much will face this problem on a daily basis, for it is to be centrally guided technocratic capitalism in which governments form intimate partnerships with the business class and steer the economy toward the good technologies and systems of the future, away from the bad technologies and systems of the past. Will all this government money come with the restriction that firms accepting it submit their dividend policies and stock buy-backs to their government partners for approval?

If so, governments may find themselves abandoned at the altar.