How we got in a COVID-19 fix and how to start to get out: Shawn Whatley for Inside Policy 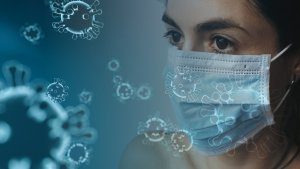 COVID-19 has been a stress test for Canadian health care, the economy, governments, and our nation as a whole, writes Shawn Whatley.

German Chancellor Angela Merkel was put in quarantine after being seen by an asymptomatic physician who later tested positive for COVID-19. This could never happen in Canada because we are not even testing doctors who do not have symptoms. At present we are only testing symptomatic citizens. That includes health care workers.

This is not going to be good enough. If we are only testing symptomatic cases, and sometimes only testing these cases under a rigid set of criteria, Canadians are only aware of a fraction of the cases of COVID-19. Testing will be a vital part of a sustainable public health regime that will allow Canadian life to resume following the current lockdown.

But why is our testing regimen so limited? Simply put, we do not test as much as we need to because we do not have enough test kits. Up until quite recently, the government had put all its efforts into securing resources to treat the inevitable surge in sick people, which has left our testing capacity lagging. While we are certainly in a better position than the United States, this was a major and predictable failure that should have been prepared for months ago.

The lack of testing capacity is emblematic of a larger failure of government to act quickly and with purpose in the initial stages of the outbreak. The federal government took an intentional posture of appearing calm and rational throughout January and even into early March. While America was closing its borders to foreign travel, Canada continued to welcome plane loads of people from areas that were soon after declared to be near the epicentre of the pandemic.

In retrospect, our calm, rational approach now looks sluggish and imprudent. It will, no doubt, generate commentary long after we get through COVID-19: were we just trying to be the adults on the world stage, while our peer countries over-reacted? What, exactly, drove us to do so little? Doesn’t the federal department of health exist to protect Canadians from external threats?

Countries that have more successfully managed the pandemic took the opposite approach. Taiwan, South Korea, and others focused their attention on developing rapid tests, technology, and personal protective equipment (PPE). In particular, Taiwan ignored what Beijing and the World Health Organization were initially communicating about the virus not resulting in human-to-human transmission and acted to control travel from Hubei as early as December of 2019.

As MLI Senior Fellow J. Michael Cole points out in a recent MLI paper, months ago, China criticized Taiwan for putting so many resources into producing masks and developing rapid testing. Taiwan partnered with industry to increase production of PPE. It supported development of rapid test kits, with results available in hours, instead of days as they are in Canada. Now that Taiwan has successfully managed the pandemic, it has begun to export PPE and technology around the world.

Another useful point of comparison can be found in Taiwan’s decision to refrain from sending masks to China during the outbreak, preferring instead to ramp up its own PPE production capability. In contrast, Canada decided to send 16 tonnes of PPE to China in February, even though we lacked surplus equipment, failed to ramp up our own PPE production, and had good reason to suspect the outbreak would soon land on our shores.

The Canadian approach has required an over-correction. Instead of preparing, we have had to react. The federal government was forced to drop its calm and rational approach and advise strict self-isolation. What had been obvious to most for many months became urgent over the last few days: our health care system cannot manage even a small surge in demand, let alone a massive spike of sick COVID-19 patients.

Thus, the goal has been, this week, to avoid the spike in demand. “Flatten the curve.” Spread the demand for acute health services out over weeks to months, instead of days. The area under the curve did not need to change. But if we did not change the shape of the curve, our health system would crash. Self-isolation offered a tool to protect the system, not necessarily the patients under the curve who would need care. But it would save the government a ton of money trying to rescue the system.

To be fair, isolation does help in the early, vertical phase of a pandemic. It does “flatten the curve” and might even decrease the total volume of cases, if done with enough gusto. But the gusto rarely happens outside of computer models. There may be fewer deaths than a worst-case scenario, but that is little consolation to a family that loses a loved one. People still end up getting the infection (albeit over a longer period and with more consistent access to healthcare resources) so there will still be people who were failed by the government’s reactive approach.

Governments have turned their focus towards testing and up-stream management of the pandemic. However, industry cannot simply ramp up production given one request for a single, large order of PPE. Promising cash to factories if they switch from making auto parts to ventilators will probably not spark the change. Industry needs a commitment. It needs to know that it can pay for the cost of increased production. Government needs to create an environment of stability and credibility before businesses can invest. One big order for PPE will not do it.

When isolation works, it delays spread, protects the system, and gives time to prepare for a more robust response. But it is a temporary measure, and it puts a serious strain on the economy creating suffering all its own. Had the government acted sooner and more effectively at the beginning of this crisis, we might not be in such a situation where the viability of our healthcare system, the health of Canadians, and the functioning of our economy were put at fundamental odds with one another.

Given all this, the public wants government to take meaningful action. Voters want proactive solutions, without government usurping control for its own sake. Although we need to collect PPE for front-line health care staff and gather critical resources for patients, this work is not proactive. While it addresses the problem of an under-resourced health care system, it does not address protecting regular citizens.

In order to protect the whole community, we need a rapid test that can be used widely. Ideally, the whole population could be tested weekly. Finding a rapid test was one of the first priorities in Taiwan, with its research institutes moving quickly to develop rapid screening reagents and to find ways to reduce testing time. We have already transitioned to using the faster tests, in Canada, but we need more, far more. Test kits cost a fraction of the cost of one visit to the emergency department, let alone one day in an ICU. Without wide and frequent testing, we will not be able to target our social isolation efforts.

Every threat carries the inherent risk that everyone will focus on it to the neglect of everything else. If Canadians sit at home for six weeks, we will “flatten the curve.” But we will also have no economy to go back to once we emerge from isolation.

We must envision ways to get us back to work, even before we can’t be 100 percent certain that all risk has passed. In our safety-obsessed society, this may be even harder than handling the pandemic itself.

Returning to work might require user-friendly, widely available PPE for those who work with the public. It might include new best practices for check-out counters (e.g., plexiglass). We might experiment with occupancy rates in enclosed spaces such as offices, just to get people out of their homes and back to being productive.

The specifics are not as crucial as the commitment and the courage to do it. Whatever we try will not be perfect or risk free. But the risk of doing nothing and remaining isolated will increase the longer we avoid getting back to a normal routine.

COVID-19 has been a stress test for Canadian health care, the economy, governments, and our nation as a whole. Stress tests are good. They show us what we need to change. And change will require a complex team of regular citizens, businesses, health care workers, and of course, governments. Canada became great by finding diverse solutions to complex problems. We refused to wait for help from the Queen, government, or anywhere else. We need the same approach now.

Shawn Whatley is a physician, past president of the Ontario Medical Association, and a Munk senior fellow at MLI.