In government spending and deficits, we're now No. 1 in the world: Jack Mintz in the Financial Post 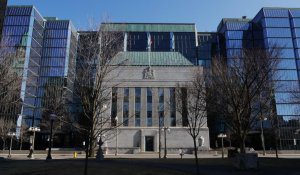 Unproductive public spending outstripping economic growth will be our real albatross threatening prosperity in years ahead, writes Jack Mintz in the Financial Post. Below is an excerpt from the article, which can be read in full here.

The International Monetary Fund released its semi-annual Fiscal Monitor report last week. No surprise: it projects bigger deficits for all countries for 2020.

What is surprising is that Canada will have the distinction of running the largest deficit among all countries — advanced, emerging and developing — at 19.9 per cent of GDP. This even “trumps” the United States, which has the second highest forecast deficit at 18.7 per cent. And it’s almost double the average deficit for Euro area countries (10.1 per cent of GDP).

Here’s another kicker. Spending by all levels of government in Canada is projected to hit 57.3 per cent of GDP in 2020. That’s more than at any time in our history, including both world wars. Despite the big U.S. deficit, Americans will be spending only 47.2 per cent of GDP, fully 10 points less than us. Canadian governments are projected to spend more than Sweden (53.3 per cent of GDP), Germany (53.9 per cent) and the EU in general (55.7 per cent), reversing a long-standing tradition in which our fiscal policies stood between Europe’s and our American neighbours’.

The COVID-induced recession is clearly the reason governments are taking on fiscal commitments they would not have dreamed of last February. But why is Canada running deficits bigger than every other country in the world? Is there a good economic reason for that?

Given our large resource sector, maybe our huge deficit reflects our economy having been hit hard by lockdowns, trade exposure and the energy fallout. That sounds plausible but in fact Canada is expected to operate with bigger deficits and more government spending as a share of GDP than any other resource-based economy, including similarly rich countries like Australia and Norway, where spending is forecast to be, respectively, 44.5 and 55.3 per cent of GDP.