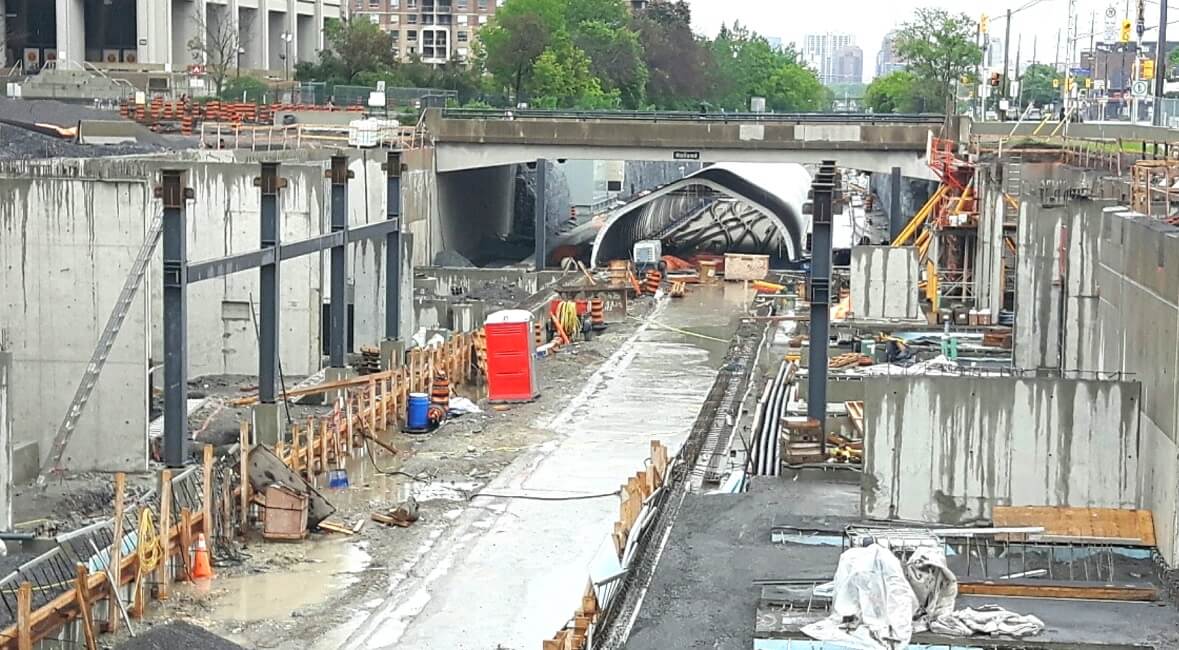 Instead of expecting the unexpected, they rely on the 'Everything Goes According to Plan' assumption. It never has, and never will, writes Philip Cross.

Here in Ottawa frustration recently boiled over at yet another delay in the city’s over-budget Light Rail Transit system, which will connect Blair Road in the east to Tunney’s Pasture in the west. City councillors say they were inundated with complaints about the latest delay of the Confederation Line and worsening traffic gridlock. More than six years after it was first announced, the train is nearly 400 days late, with no fixed date yet for opening. One councillor demanded that the city reduce bus fares until the new LRT project finally comes on line because “it is indefensible to charge full fare for a sub-par system.”

This is the fourth missed deadline. The inaugural run was first set for May 24, 2018, which would have been well-timed for the Canada 150 celebrations. But that was pushed back to Nov. 2, 2018, then to March 31, 2019 — my favourite because that missed target was set in early March. Now it turns out the June 30 date will also be missed.

Ottawa is hardly unique when it comes to public infrastructure projects being finished years late and way over budget. Montreal’s new Samuel Champlain bridge was more than six months behind schedule before one lane opened this week, while subway extensions in Toronto are years late. Cost overruns and delays for energy megaprojects across the country, from refurbishing Ontario’s nuclear plants or building new hydro dams in Newfoundland, Manitoba and B.C., threaten to destabilize provincial finances across the country. The recurring question is why governments don’t learn from their past failures in planning infrastructure projects.

After reviewing the history of public infrastructure megaprojects, the 2003 book Megaprojects and Risk by Bent Flyvbjerg, Nils Bruzelius and Werner Rothengatter concluded that public management was characterized by “strikingly poor performance in terms of economy, environment and public support.” Costs are almost always underestimated, and demand for most public projects overestimated.

Both delays in construction and lack of planning for contingencies explain cost bloat. In Ottawa, for example, a large sinkhole opened up downtown that flooded the newly dug subway tunnel. Instead of expecting the unexpected, public infrastructure projects rely on what the World Bank calls the EGAP assumption: Everything Goes According to Plan. Though no megaproject ever proceeds smoothly, planners use EGAP because it lowers the initial cost estimates presented to the public.

Four prominent studies of public infrastructure cost overruns found they averaged between 45 and 86 per cent of the original estimate, with some exceeding 100 per cent. The same studies describe the planning process as “seriously flawed” and “a grave embarrassment,” with the occasional accusation of “lying” thrown in for good measure. Nor is there much evidence governments learn from past mistakes. One review of 111 projects found cost overruns today are as large as a century ago. (The runner-up to the Suez Canal’s record overrun of 1,600 per cent at the end of the 19th century was the Sydney Opera House’s 1,400 per cent in the 1960s). Lack of learning is also evident in Ottawa, where city council recently approved $4.66 billion for a second light rail line — 50 per cent above the initial estimate of $3.1 billion — this despite the fiasco of the Confederation line’s construction.

Demand forecasting for public infrastructure projects is no better, unfortunately. Ridership for transport projects rarely meets projections. Actual traffic on the Chunnel connecting England and France turned out to be only 18 per cent of predictions, one reason the consortium that built it went bankrupt. The outlook is similarly unpromising for Ottawa’s light rail project; urban rail use on average is only 51 per cent of forecast demand, including a paltry 15 per cent for Miami. Already bus transit use in Ottawa has fallen by more than three per cent since 2012 — despite a rising population — as frustrated commuters shift to cars. In their fondness for commuting by auto, Ottawans are just like other Canadians, most of whom continue to drive to work, despite the billions politicians have squandered on green projects from mass transit to bike lanes.

Why are forecasts for both the cost and use of public-sector infrastructure projects so bad? To begin with, the government’s role as a promoter of megaprojects compromises its responsibility as the guardian of the taxpayer’s interest. Proponents of infrastructure projects believe in their social benefits and therefore deliberately low-ball costs and exaggerate benefits to secure the public’s approval. Flyvberg and his co-authors say “deception and lying” are common tactics to get projects approved. And once work begins, it is next to impossible for governments to put the brakes on projects.

More broadly, public projects suffer from a lack of accountability. Governments evaluate projects, not according to the performance-based criteria of the private sector, but by their conformity to rules and prescribed processes. Governments don’t hold contractors accountable for cost overruns. Nor in turn are they themselves held accountable for overly optimistic demand forecasts. Most projects take so long that incumbent politicians are not around to take responsibility for misleading the public.

When construction of the Confederation Line first began in 2015, Ottawa Mayor Jim Watson was moved to tears at the opening ceremony. Four years later, it is taxpayers and people trying to navigate an increasingly impassable city who are reduced to tears.