The great labour glut is ending: William Watson in the Financial Post 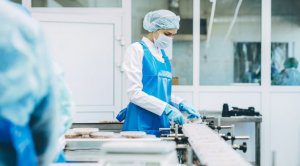 China’s population is aging. The constant flow of new workers from the farms is drying up and wages are rising, writes William Watson in the Financial Post. Below is an excerpt from the article, which can be read in full here.

I wrote last time about an important new book by Charles Goodhart, emeritus professor at the London School of Economics, and Manoj Pradhan, founder of Talking Heads Macro. The book is The Great Demographic Reversal: Ageing Societies, Waning Inequality and an Inflation Revival. Their argument is that the world economy of the past few decades was shaped by demographic change and globalization and that demographic change is about to go into reverse — maybe globalization, too. That will have consequences most people haven’t thought about yet.

The big change over the past 40 years was an unprecedented increase in the world’s effective labour supply. Postwar babies reached their productive middle years. The collapse of Soviet communism, the spread of globalization, and successive post-Mao reforms in China gave the world access to hundreds of millions of new workers who were now, in a capitalist cultural revolution, empowered to be productive. In China, in particular, waves of migrants re-enacted North Americans’ trek from the farms to the cities a hundred years earlier.

I wrote last time about Goodhart and Pradhan’s argument that the growing productivity, rising incomes and high savings rates of these now economically liberated legions helped produce a world “savings glut” that kept interest rates low. But the other part of their story is that this glut of labour moderated prices and wages around the world. Many studies have looked at the impact of China’s manufacturing boom on world inflation in the 1990s and 2000s and especially after its entry into the WTO in 2001. Most have concluded that its dampening effect on prices had at least some role in the “Great Moderation” that brought that era’s benign, non-inflationary growth.

The effects on wage-earners in rich countries weren’t necessarily benign, however. They did enjoy the Walmart effect of low and even falling prices for consumer manufactures. But — as mainstream international trade theory would have predicted — wage-workers’ jobs and incomes were threatened by the emergence of hundreds of millions of new competitors in poor countries. The greater competition, Goodhart and Pradhan argue, weakened the bargaining power of rich-country workers, eroded the effectiveness and therefore popularity of private-sector unions, and in many places reduced the share of overall output going to labour.