Grow to get over our new debt mountain: Jack Mintz in the Financial Post 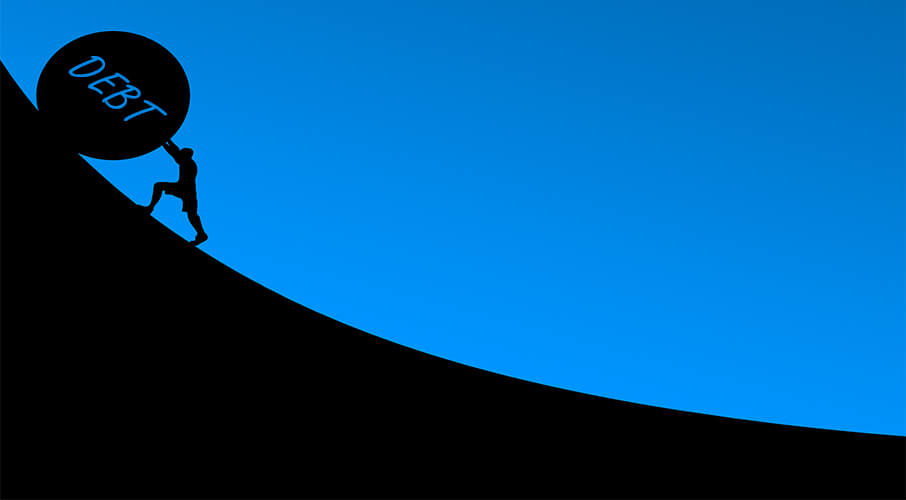 The focus should be on education, growth-enhancing public infrastructure, moving to balanced budgets, tax and regulatory reform, and better and cheaper delivery of public services, writes Jack Mintz.

The coronavirus pandemic-induced economic crisis will take time to play out. Canadian households, corporations and governments are piling on a mountain of debt that will affect the economy for years to come.

Canada has been taking on debt since 2008. According to the IMF, our total private and public debt, including all financial instruments, was 356 per cent of GDP in 2018, not far off its 1995 peak of 378 per cent of GDP when we faced a crisis selling our public debt to the international market.

After combined federal-provincial debt reached 101 per cent of GDP in 1995, it took years of spending restraint for both levels of government to improve their fiscal balances. But by 2007, after a decade of fiscal surpluses, total public debt as a share of GDP had fallen by a third. With the 2008-9 financial crisis and the 2014 commodity price collapse, however, all-government debt crept back up to almost 90 per cent of GDP.

Unlike public debt, household debt has taken off since the 1990s. With rising housing prices after 2000 and low interest rates since 2009, people were ready to buy bigger homes with larger mortgages and take on more auto and credit card debt. Household debt rose from 59 per cent of GDP in 1995 to 84 per cent by 2007 and 103 per cent in 2018.

Now the pandemic is attacking our financial health. The federal deficit may exceed eight per cent of GDP this year. With provincial deficits likely amounting to another five per cent of GDP, we can expect the highest public deficits in decades, with public debt blowing past 1995 levels. Private debt, already at its highest level ever, will surely grow sharply this coming year. Expect total public and private debt to reach well over $9 trillion — or 400 per cent of GDP.

A saving grace is that at least interest rates are lower today than they were in 1995, which makes debt management easier. Even so, chickens will be coming home to roost this fall as households and businesses find themselves coming off temporary financial support, covering all their regular payments and making good on mortgage, utility and tax payments they’re currently deferring. Some won’t make it, which means further pressure on governments to provide social supports. If household bankruptcies take off, housing prices may fall, which didn’t happen here after 2008, though it did in the U.S.

Not to pile on the pessimism, but if there is a fall resurgence of the pandemic and another economic pause, bankruptcies and social stress will force governments to borrow even more.

Let’s hope the worst-case scenario of a second economic lockdown doesn’t happen. But even if we do escape that, the economic destruction, with over one million lost jobs, won’t go away quickly. Caution and safety will be the new normal for the next while, with employment fully returning only after confidence does.

But even if the economy is back on track by 2021, the debt will need to be dealt with over time. There are three ways to reduce the debt-to-GDP ratio.

The first is to inflate — by printing money. The government would ditch its inflation targets and purposely pump up nominal GDP, the debt ratio’s denominator. That’s essentially what happened after the oil shocks of the 1970s. Federal spending and deficits ramped up and inflation surged, coming back under control only in the early 1990s after Bank of Canada governor John Crow introduced inflation targets. We don’t want to repeat those hellish 15 years.

The second is austerity, which is how many households and businesses will repair their finances. Canadians likely will save more to cover any uncertain contingencies, health or otherwise. Until the economy fully recovers, businesses will be more cautious with their investment commitments — although they will also look to robotics and other new technologies to drive down costs and help counter both health restrictions and competitive pressures. As for the federal and provincial governments, if they address their yawning deficits simply by raising taxes, the effect will be to sap private sector confidence, as Harvard’s Alberto Alesina and his colleagues have demonstrated in several studies.

The third approach to reducing the debt burden is economic growth: increasing GDP while flattening the nominal debt. Fiscal discipline and strong productivity growth due to technological change helped governments of the 1950s to reduce the postwar debt burden over time. It only returned when productivity gains were lost by the 1970s.

In the post-pandemic world, it will be especially important for governments to focus on policies that improve innovation and growth. Since 2014, Canada’s investment record has been poor. Our ability to create more output per working hour has been virtually flat. After the COVID shock, pressure will mount for new social programs, business subsidies and public consumption. It should be resisted. The focus should instead be on education, growth-enhancing public infrastructure, moving to balanced budgets, tax and regulatory reform, and better and cheaper delivery of public services.

The debt burden won’t magically disappear. It will take strong leadership to put Canada back on a growth track. We did it after 1995. We can do it again.

Jack M. Mintz is a Distinguished Fellow at the Macdonald-Laurier Instittue and President’s Fellow, School of Public Policy, University of Calgary.