Health Care: The Most Important Non-Issue in Canada’s Election: Shawn Whatley in the Epoch Times 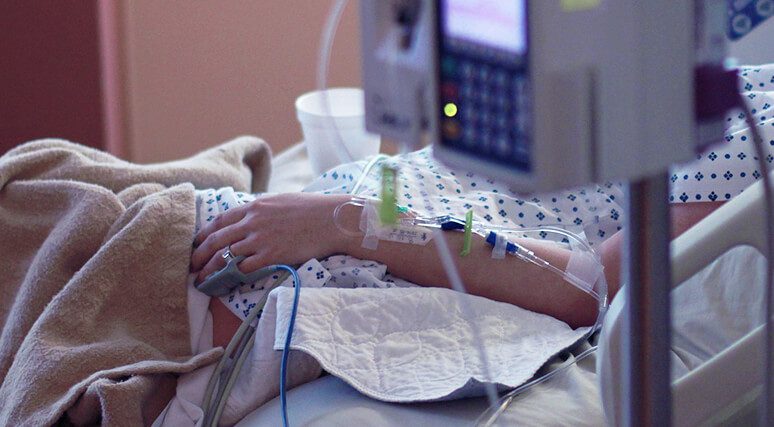 Socialized medicine was sold on the promise to provide care, yet Canada has fallen short of providing timely patient care. Since health care won’t win more votes, it ends up as the most important non-issue in every election, writes Shawn Whatley.

With a health care system in desperate need of innovation, every candidate competes to avoid saying anything new.

Overall, 37 percent of Canadian voters rank health care as their top issue going into the election, according to an Ipsos survey. But only 5.8 percent say health care will change their vote, a Nanos poll found. That number would increase if candidates actually said something unique about health care. But no one does. They all wrap themselves in the flag of medicare and pledge allegiance to our national icon. Since health care won’t win more votes, it ends up as the most important non-issue in every election. Voters learn nothing new and hear more of the same or nothing at all.

Health care is Canada’s third rail in politics: “If you touch it, you get electrocuted,” as TVO’s Steve Paikin said.

Candidates have everything to lose when addressing health care issues. Their only gain lies in promising more of what got us here in the first place. The Liberals promise more money and a family doctor for everyone. The Conservatives promise increased federal health transfers and more technology. The NDP promise to “tackle wait times and improve access to primary care.” And the Greens promise family doctors with a focus on “social justice, equity, and cultural appropriateness.” The People’s Party comes closest to offering something innovative, with leader Maxime Bernier suggesting we tackle wait times by holding the provinces accountable for performance, as outlined in the Constitution. Not exactly radical.

Canadian health care is perfectly designed to resist change. The federal government exerts enormous control with its “spending power,” using conditional, take-it-or-leave-it Canada Health Transfer (CHT) payments, which are guided by the Canada Health Act (CHA). The CHT payments totalled $38.6 billion in 2018-19. Desperate for cash, the provinces take the money and moan about boutique health programs and being dictated to by Ottawa.

The provinces are supposed to be in charge of health care based on the Constitution. But the feds feel pressured by voters—or motivated by hubris—to enforce health standards, build national unity, equalize funding between provinces, and achieve all sorts of other noble goals. Economists have no qualms about calling the CHT just one part of the overall equalization program. The fact that the CHT funds patient care is really secondary to the important work of redistribution. The CHA/CHT deal ends up serving non-medical ends. It is a federal gift that keeps giving every four years during elections.

We end up with chaos: each level of government promises more and takes responsibility for less. The feds blame the provinces for wait times and disorganization. The provinces blame the feds for underfunding. The feds unfailingly claw back CHT payments from any province that allows user fees or extra billing, but they completely ignore the other four principles of the Canada Health Act: portability, comprehensiveness, universality, and public administration. Only user fees matter to the federal government.

So, health care sits and spins. Like two people in a rowboat each trying to row in different directions, the federal and provincial governments each want to steer health care. Candidates of all parties use it to woo voters, but they avoid any real direction.

Over 30 percent of patients wait in pain for more than six months for a hip replacement, according to a March report by the Canadian Institute for Health Information. In some areas the waits are much longer. In London, Ont., patients faced an average wait of 307 days for knees and 299 days for hips in 2017, while waits hit 671 days for knees in Strathroy, Ont., the same year. And we wonder why so many patients are addicted to opiods. What’s worse, there are reports of some babies, teens, and adults dying with treatable conditions just because no hospital beds were available.

Socialized medicine was sold on the promise to provide care. Tommy Douglas, the founding father of medicare, promised government insurance against medical bankruptcy for medically necessary care. In most cases, politicians have kept half the promise; medical bankruptcy is rare in Canada, although analysis suggests that even this data might be exaggerated for political reasons. Regardless, Canada has failed to deliver the most important part of the promise: timely patient care.

Elections provide the chance for voters to ask questions and demand specific answers. As the most important issue for voters this election, candidates should offer clear promises and concrete goals that go beyond hand-waving about spending more money. Canadians deserve better. Elections matter. If we don’t hold politicians accountable, we end up with the health care system we deserve.