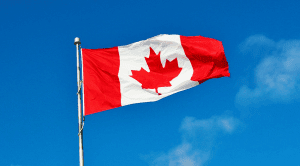 Looking solely at our past errors — and we have made our share — is not the right standard by which to measure Canada and its great achievements, writes Brian Lee Crowley in the National Post.

What is it that makes Canada great?

First: freedom. Too many people seem to believe that freedom was introduced to Canada by the Charter. Not so. The Charter is such an important document because it codifies (imperfectly) part of a tradition that reaches back deep into our colonial past and beyond that to the common law, Sir Edward Coke, the Glorious Revolution and the Magna Carta, a tradition of freedom that drew my ancestors with barely the clothes on their backs, knowing almost nothing of how they would make their living here but knowing that energy and commitment and hard work would find their reward and they would be entitled to keep the fruits of their labour.

That freedom includes those very institutions I referred to earlier as our greatest endowment, institutions, beliefs, and behaviours that most of the rest of the world still have not mastered, an inheritance of freedom almost without peer in the world. And those, including our prime minister, who look in vain for the Canadian mainstream, for the Canadian values that unite us, have not looked here or they would understand their error. The Canadian mainstream doesn’t merely exist; it is the foundation on which repose the diverse identities of Canadians which so preoccupy progressives.

The fact that no political party has been able to articulate and defend those mainstream values is the greatest reason for our divisive and fractured politics. And we must never lose sight of this Canadian mainstream because without it we are forced to fall back on superficialities such as diversity and multiculturalism and so forth as the explanation for what makes Canada great.

If there is no here here, then all that is left of Canada is the angry intersection of our differences; this is the place where we all happen to be different together. But the unexamined corollary of such a viewpoint is that there is nothing beyond our differences that unites us, that we welcome newcomers because they are different rather than because they are enriched by Canada just as we are enriched by them, that people add themselves to Canada but Canada adds nothing to them.

It is exactly the other way around — people flock here to be changed by the Canada we love; not to live as they would have in the societies from which they came, but to live as Canadians do, heedless of points of origin, and focused on a shared destination of self-respect, dignity and freedom as Canada has come to understand these things.

Freedom under the rule of law makes possible a society in which each of us has been given more latitude to shape our lives according to our individual beliefs and desires than anywhere else on the face of the Earth. That deserves our loving gratitude and respectful humility.

The other thing that makes Canada great is our willingness to sacrifice to protect this precious and rare inheritance. Indeed, as Thucydides, the classical Greek who was the father of the study of history, once so wisely observed, “The secret of happiness is freedom, and the secret of freedom is courage.” So if we celebrate our freedom here in Canada, we must ask ourselves what evidence there is that we have discovered freedom’s secret.

When my ancestors arrived from Ireland in the 1820s, they could not have known that their grandson would fight in the Great War or that his son (my father) would serve in both the Second World War and Korea. Whether facing down Nazism or Communism or Salafi Jihadism, whether in Korea, in Kosovo, in Afghanistan, in Iraq and Syria or in Latvia, Canadians have always been willing to put everything on the line so that the things we most value will be protected at home and abroad because, as Tommy Douglas so sagely observed, what we want for ourselves we desire for all.

But perhaps this is an unfashionable and historically ignorant patriotism. According to Samuel Johnson, patriotism is the last refuge of a scoundrel. If the views of Canada’s young people are anything to go by, they largely agree with Johnson.

As one typical poll notes, “Massive generational differences affect Canadians’ sense of pride and attachment to their country: nearly three-quarters (73 per cent) of those 65 years or older profess a ‘deep attachment’ to Canada, this shrinks to less than half (45 per cent) among those aged 18-24.”

In a way, I am not surprised that young Canadians view Canada with some suspicion. Much of what they have been taught is that our past is nothing but a repository for all that is retrograde and shameful. They believe it is filled with racism, sexism, homophobia, colonialism, militarism, genocide and environmental destruction.

It is easy to criticize the past and the decisions made there. But it is a conceit of each and every generation that they alone are free from poor judgments and intellectual shortcomings and historical myopia.

Looking solely at our past errors — and we have made our share — is not the right standard by which to measure Canada and its great achievements. Again, only a handful of societies have figured out, slowly and painfully, the institutions and behaviours that allow us to corral the horsemen of the apocalypse: pestilence, war, famine and death.

Canada is at the forefront of those nations and it is thanks to our history of struggle against the worst human afflictions that we now enjoy the conditions where our young people can look back in horror at how things used to be. It is the progress made possible by the economic, social and, yes, moral advances of our forebears that have allowed us to enjoy peace, order and good government in generous measure.

Confederation itself was no exercise in crude majoritarian triumphalism, but an exquisitely wrought compromise between contending cultures, languages and religions that has made us one of the longest-enduring political orders on the planet. We have constantly expanded our notion of rights in response to genuine wrongs and real grievances. Canadian blood and treasure were expended in righteous struggles like World War Two and Korea because when the world called we were not found wanting. As we have become wealthier we have worked hard and with great success to improve our environment, our education and our social supports. This generation is the one called upon to right the many wrongs done to Aboriginal peoples in our history.

We cannot change the past, but our determination to ensure that past mistakes will not recur does not require us to despise our past. I have always believed that the true measure of a man or a woman or a country is not mistakes — for who among us has never made a mistake? — but how those mistakes are answered, by taking responsibility, making amends, and making every effort to ensure they don’t happen again. On this measure, Canada has little of which to be ashamed and much of which to be proud.

Brian Lee Crowley is managing director at the Macdonald-Laurier Institute.