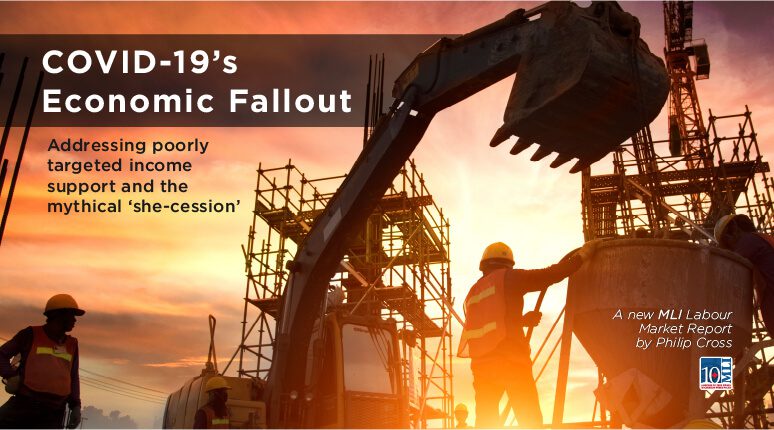 OTTAWA, ON (December 2, 2020): In a new study for the Macdonald-Laurier Institute, Munk Senior Fellow Philip Cross finds that Ottawa massively overspent on benefits to individuals, indebting the country without helping those who needed it most.

MLI’s latest labour market report, titled “COVID-19’s economic fallout: Addressing poorly targeted income support and the mythical ‘she-cession’,” reveals that over the second quarter of 2020, household disposable income in Canada rose “the most of any major nation, as government transfers more than replaced the loss of earned income during the lockdown and most of this money was saved rather than spent.” As a result of the spending binge, “government deficits in Canada were the largest in the G20 and nearly twice as large as in Europe.”

Cross finds that much of this spending was inefficient and overly generous. Investments made into programs like the Canada Emergency Response Benefit (CERB) not only replaced incomes, but in some cases enhanced them. Moreover, the spending boom failed to address Canada’s persistently high unemployment rates.

While earned incomes dropped by 7.4 percent, household incomes shot up by 10.8 percent, largely due to the 88.2 percent increase in government transfers, mostly made through the CERB. Additionally, the savings rate skyrocketed from 7.6 percent in the first quarter to a record 28.2 percent in the second quarter, an increase in absolute terms of $314.9 billion.

This suggests that most of the recipients either did not need it or did not need it in such a generous allotment. Cross cites the Parliamentary Budget Officer in warning that this short-term over-generosity will likely backfire in the long term, as many who received the CERB will have to pay it back in the spring of 2021.

In terms of deficit, Cross also cautions that the radical increase in spending comes at a cost to future generations, who will necessarily have higher taxes or lower government spending in order to pay back the interest on the spending.

In his report, Cross also addresses once again the notion of the ‘she-cession,’ noting that the idea is largely a poor interpretation of data. Proponents of the ‘she-cession’ theory fail to correctly cite seasonally-adjusted data, thereby leading to wildly incorrect conclusions.

Men tend to be more likely to work in industries with seasonal spikes and declines, such as construction, agriculture, mining, forestry and more. Thus, unadjusted data capturing the period of the spring and summer will paint an inaccurate picture of job losses for men and women respectively.

Cross points out that Statistics Canada’s seasonally adjusted data shows “a 50-50 split between men and women” when it comes to a gendered breakdown of job losses.

“This difference between the seasonally adjusted and unadjusted data reflects that all of the larger drop in female employment… was due to different seasonal patterns for men and women.”

Cross suggests that “to single out one group as experiencing exceptional hardship highlights the pitfalls of identity politics and how easily they lead to policies that put long-held political goals above the rehabilitation of a stricken economy.”

To learn more about the state of Canada’s labour market, read the full report here.