Higher corporate taxes are not the fiscal gold mine people seem to think: Jack Mintz in the Financial Post 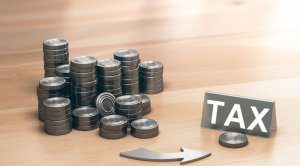 Like the Alberta NDP, Joe Biden will find corporate tax hikes won't pay for his social policy changes and Green New Deal, writes Jack Mintz in the Financial Post. Below is an excerpt from the article, which can be read in full here.

Last week the Alberta NDP asked the provincial government to release its cost estimate for the “Job Creation Tax Cut,” its name for a reduction in the provincial corporate tax rate, from 12 to eight per cent. Since losing the 2019 election, the NDP has repeatedly claimed the four-year cost would be $4.7 billion, which is obviously substantial. But that back-of-the-envelope estimate ignores how lowering corporate tax rates can enlarge the tax base.

Economic studies regularly find that lower corporate tax rates encourage investors to put profits into a jurisdiction. Alberta now has the lowest general corporate income tax rate in Canada, which will encourage many companies to move profits there, thus expanding the province’s corporate tax base even in a recession. If president-elect Joe Biden eventually gets his way and raises the federal U.S. corporate income tax rate from 21 to 28 per cent, Alberta’s combined federal-provincial rate of 23 per cent could be the lowest in North America. That would be a boon for its economic and fiscal prospects in a post-COVID world.

Judging the effects of rate cuts isn’t easy, however. You have to disentangle the effects of booms, busts, monetary policy and changes in tax rules from the impact of rate reductions. The government’s pre-COVID 2020 budget estimated that, taking into account investment and tax planning effects, the rate reduction would cost half what the NDP estimates. But even that might turn out be unduly pessimistic, according to a new paper — “Why is corporate tax revenue stable while tax rates fall?” — by distinguished German tax economist Clemens Fuest and co-authors, Felix Hugger and Susanne Wildgruber.

Using a financial database covering 33 countries and 2.5 million companies, the economists find that between 1995 and 2016, the average OECD corporate income tax rate fell by almost a third, from 37 to 24 per cent. At the same time, however, pre-tax profits rose as a share of corporate value-added, effectively cancelling out any revenue loss from the rate cuts.