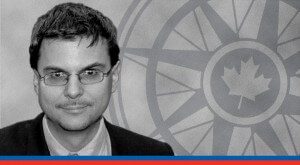 OTTAWA, ON (May 17, 2018): The World Health Organization’s Framework Convention on Tobacco Control (FCTC) recommends “price and tax measures to reduce the demand for tobacco.” Canada has heeded the FCTC call by subjecting legitimate tobacco products to extremely high levels of taxation.

Yet, as outlined in this MLI commentary by Munk Senior Fellow Christian Leuprecht, the use of high taxation rates to reduce smoking is also problematic. Titled “Cause and Effect: Why higher taxes require better contraband enforcement to reduce smoking," this commentary outlines two important consequences of this approach.

First, since smoking is more prevalent among those who are poorer and less educated, it disproportionately penalizes the most economically disadvantaged members of society. Second, it incentivizes the manufacture, distribution, and consumption of contraband tobacco, which is cheaper than regulated tobacco products.

As Leuprecht notes, these issues are closely related: “since the relatively deprived have less disposable income, they have a greater incentive to procure contraband.”

Contraband tobacco represents both an important profit for organized crime, and a significant loss in taxes, which the Ontario government estimates to be around $800 million annually. In addition, it also poses a problem in assessing whether smoking cessation programs are working, since statistics are generally based on legitimate cigarette sales. But Leuprecht estimates that the illicit market makes up around 40 percent of cigarettes sold.

“To meet the federal government’s stated goal of reducing smoking rates below 5 percent,” says Leuprecht, “federal and provincial governments will have to make a concerted effort to contain the supply of contraband."

Unfortunately, Ontario has allocated only a fraction of the resources that Quebec has committed to this problem. What is needed is “a sustained Whole-of-Government committed” says Leuprecht. That will allow the government to rein in the lucrative contraband market.