Hong Kong is a battle for survival and for freedom: Nathan Law in The Economist 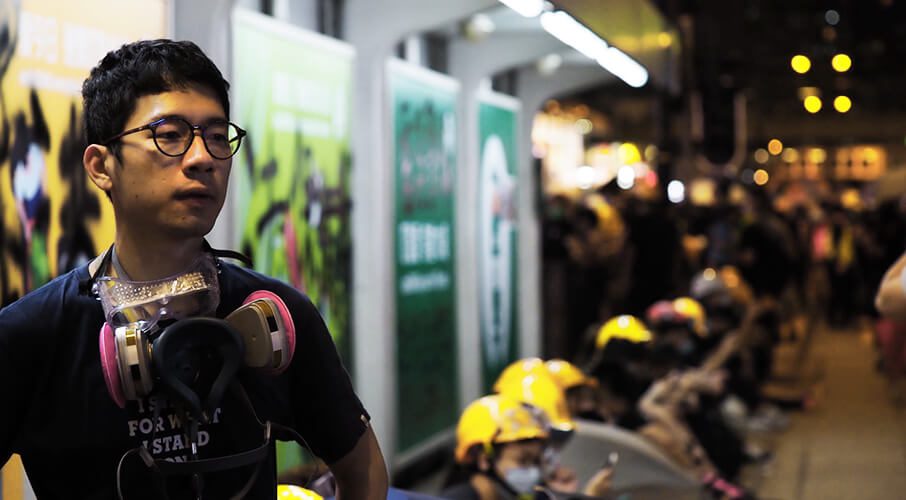 If the protesters back down without opening up the political system and making it accountable to the people of Hong Kong, the people who have resisted would undoubtedly be exposed to retaliation from the regime, including mass arrests, reprisals and intimidation... It is a battle for survival, and for freedom from fear, writes Nathan Law.

The summer of discontent in Hong Kong has revealed the true nature of the “one country, two systems” framework. The authorities in Beijing can expand their centralised power beyond established boundaries whenever they wish to do so. The people’s opinion can be neglected and strong arms be deployed to silence us. Hong Kong is not as free as it seems and autonomy is so fragile that the authorities in Beijing can destroy it in the blink of an eye.

But that does not mean that we are fighting an unwinnable fight. On the contrary, it is the reason why we must persist. If the protesters back down without opening up the political system and making it accountable to the people of Hong Kong, rather than solely to the central government in Beijing, the people who have resisted would undoubtedly be exposed to retaliation from the regime, including mass arrests, reprisals and intimidation. For us, it is a battle for survival, and for freedom from fear.

It has been more than two months since the first million-strong rally. More than 1,800 canisters of tear-gas and 300 rounds of rubber bullets have been used; over 700 people have been arrested; many more have been injured, including a volunteer medic who was shot in the face by the police, possibly blinding her in one eye. Hong Kong’s civil society has paid a huge price, but thus far it seems only to have pushed the authorities in Beijing to use a stronger hand against the protests.

Representatives of the Chinese State Council’s Hong Kong and Macau Affairs Office, in a recent news conference, clearly stated that they support the Hong Kong government and the massive “stability-maintenance” mission overseen by the police. Most importantly, they categorised the Hong Kong protests as “showing signs of terrorism,” manifesting a hawkish stance and raising at least the possibility, however unlikely, of direct Chinese military intervention in the near future. That would be the official coffin-nail for “one country, two systems.”

Still, the authorities in Beijing are very reluctant to let the “liberation army” march down the streets of Hong Kong because of the city’s unique and important economic contribution to China. It is still the most important conduit for getting money into and out of China, and provides much-needed credibility and professional services to its Belt and Road Initiative. The status of Hong Kong is still unshakable and irreplaceable for “Emperor” Xi to achieve his “China Dream.” Yet the Communist Party also needs to exercise total control of the territory and show that its majesty cannot be challenged by protests.

So the summer of discontent has arrived at a dilemma. Protesters cannot retreat without promises of concrete reforms from the government, and the regime refuses to back down.

The central government has been mobilising Chinese citizens and its propaganda machine to defame and crack the movement. If the movement prevails in any form, it will indirectly prove to the whole country that putting pressure on the Communist Party can work. Mr Xi is terrified about spreading the seeds of resistance to China as any concession from now on may offer legitimacy to this “unlawful violent unrest” and ignite the rest.

The leaderless and unrelenting nature of the movement reflects a deep, fundamental discontent with the political system and the authoritarian ideology imported from Beijing. As long as the current trend of resistance continues, the central government will do whatever it can to undermine and root out the culture and ideals that underpin Hong Kong’s civil society. This will be done gradually, to give the appearance that the financial centre remains “intact.”

The authorities in Beijing have always wanted it both ways. They need the economic functions and infrastructure of Hong Kong to serve their interests, but do not wish to countenance the “rebellious” elements—demanding freedom, democracy and human rights—intrinsic to any free society. Judging from the experience in Xinjiang, the central government’s concrete actions could eventually include the eradication of our Cantonese language and traditional characters, restricting cultural and religious practices or, even more terrifying, building a “re-education centre” to pacify the population.

Before the Tiananmen massacre took place, the Communist Party categorised the student protests as a “counter-revolutionary riot” to give authority to the bloodshed. The current, very similar rhetoric from Beijing about Hong Kong’s unrest shows how alarming the situation is.

What makes Hong Kong different from Beijing in 1989, or Xinjiang today, is that we have a group of very diverse, cosmopolitan stakeholders, as well as the free flow of information that comes with an open society. Hong Kong is also a part of a global community. An international audience is watching what happens here.

The world shall recognise that we are defending our promised “high degree of autonomy” and the principle that defines one country, two systems: “Hong Kong people ruling Hong Kong.” The way to restore order and peace is not by dispersing crowds brutally while ignoring their legitimate demands—such as universal suffrage—but to respect international treaties and the will of Hong Kong people.

Leaders in the global community must be vocal in affirming the reasonable goals of Hong Kong’s protesters. They must be especially vocal in opposing China’s framing of the situation as “terrorism,” which could be a dangerous pretext for a harsh crackdown. Countries like America, Canada and Germany must be prepared for the intake of political asylum-seekers should the situation in Hong Kong become a humanitarian crisis; the countries also should be prepared to sanction Chinese and Hong Kong officials for their inhumane actions.

Passing the “Hong Kong Human Rights and Democracy Act” in Washington, and similar steps taken elsewhere, would also send an important signal that Hong Kong’s special status rests on the restraint of China and on allowing genuine autonomy. The future of Hong Kong therefore relies not only on the resistance movement locally but also on the keen support of the international community.

Nathan Law is an activist, politician and the founding chairman of Demosisto. He was a leader of the Umbrella movement, elected to Legislative Council in 2016 and later disqualified, and jailed for his part in protests in 2014. He is also MLI's Ambassador on Canada-Hong Kong Policy.