The Unfolding Crisis of Hong Kong: Ai-Men Lau for Inside Policy 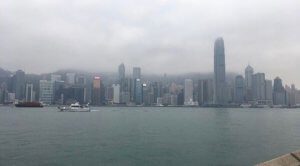 Living in fear and uncertainty, pro-democracy Hong Kongers are struggling to see a brighter future, writes Ai-Men Lau. Today, they can be arrested for simply holding up blank pieces of paper in protest.

The following remarks are based on the research, analysis, and recommendations developed by the Alliance Canada Hong Kong (ACHK) as part of their testimony before the Subcommittee on International Human Rights (SDIR). These remarks were delivered by Ai-Men Lau, an ACHK Advisor.

For more information, the full testimony is available here, and ACHK’s recommendations can be read here.

From the 2019 peaceful protest movement till today, Hong Kong’s autonomy has been decimated by the Chinese Communist Party (CCP) and the Hong Kong government. This has continued with impunity, and inaction has only emboldened the Chinese regime.

Without an opposition, Beijing has implemented sweeping institutional changes to ensure complete control over the city’s governance, including:

Living in fear and uncertainty, pro-democracy Hong Kongers are struggling to see a brighter future. Two years ago, Hong Kongers were able to march in the streets to voice their concerns. Today, they can be arrested for simply holding up blank pieces of paper in protest.

We have witnessed countless coordinated attacks by police officers and triads on regular civilians, arbitrary arrest of medics and reporters, and systemic abuse of protestors, who have been beaten, raped, tortured and denied due process. Co-organizers have gone missing for months on end and many more have fled to Taiwan via boat. As of February 28, 2021, there have been 10,242 arrests and 2,506 prosecutions related to the protests. Yet after two years of perpetrating violent state and police suppression, few, if any police officers, triad members, or government officials have been held accountable.

Over 60 percent of Hong Kong youths are hoping to leave the city. In a city-wide survey conducted by the Hong Kong Public Opinion Research Institute, one-in-five Hong Kongers are seeking to flee, and 65 percent are not confident about Hong Kong’s political future.

Even before the passage of the National Security Law, many Hong Kongers who hold foreign passports or have the financial resources have left in fear of retaliation for their involvement in the protest movement, but even that avenue of escape may be at risk today.

The Hong Kong government has passed a law that can bar people from leaving or entering the territory, transforming Hong Kong into an open-air prison. This law will come into effect August 1st, meaning we have a limited window of time to act.

With all this in mind, Alliance Canada Hong Kong has developed the following three recommendations for policy-makers to consider:

Canada’s lack of concerted action, alongside a generally ambivalent response from other endorsers of the Sino-British Joint Declaration, has allowed the CCP and the Hong Kong government to act with impunity. In the absence of any meaningful consequence, China has seized this moment to utterly destroy whatever vestiges of democracy it can in Hong Kong. Only through urgent and meaningful action, led by countries like Canada, can we hope to turn the tide.

Ai-Men Lau is an MLI Communications Officer and an Advisor to Alliance Canada Hong Kong.