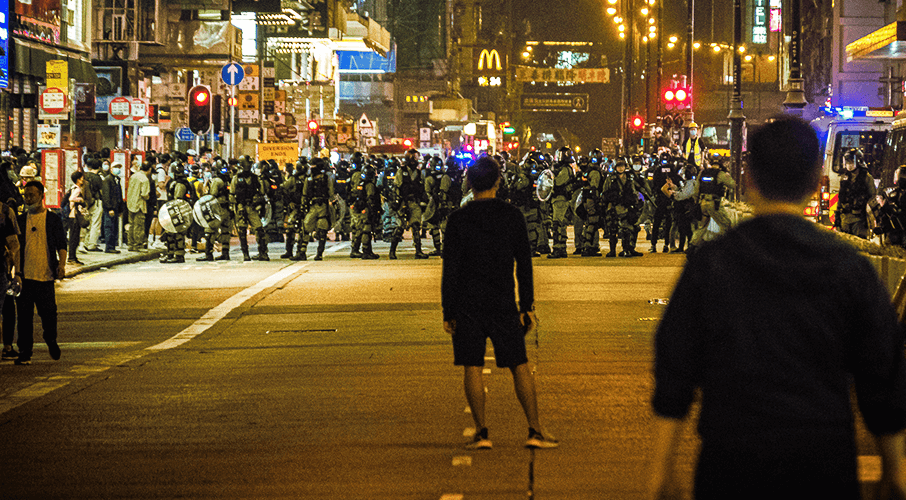 China is betraying its promises and trying to instill fear, writes Nathan Law.

When China's parliament announced its plan to introduce a national security law in Hong Kong on Thursday, the public responded immediately by calling it "the end of the city." This is how strongly they felt about Beijing's latest attempt to tighten its grip on the semi-autonomous city and crack down on dissidents' voices across the border.

As a former colony, Hong Kong has always enjoyed a higher degree of autonomy under the "one country, two systems" model and the guarantee of human rights and freedom of speech under the Basic Law, the city's mini-constitution.

But such freedom is likely to end soon. Chinese leaders plan to enact a tailor-made national security law in Hong Kong by legislating it in the annual National People's Congress, effectively bypassing Hong Kong's Legislative Council. It is to proscribe secession, foreign interference and terrorism.

Reportedly, the law will be written by the Standing Committee of the National People's Congress in a couple of months' time. Some news agencies are expecting the enactment may come as soon as August.

The move has deeply shocked and unsettled the society of Hong Kong.

In the context of China, national security means the stability of the leadership under the rule of the Chinese Communist Party. Any criticism or political action that threatens the party or the central government would be considered "unlawful" or seditious.

The definition of "treason, sedition and subversion" is open to interpretation and is often used very loosely as a pretext to silence opposition voices. In fact, China's effort in cracking down on dissidents' voices in the country has been relentless. Numerous human rights defenders and lawyers such as Liu Xiaobo and Wang Quanzhang have lost their freedom for saying what Chinese courts considered to be subversion.

If such a standard is to extend to Hong Kong, we truly fear for our safety. Our freedom of speech, assembly and political beliefs are no longer safeguarded by the city's legal system. Torture and imprisonment inflicted on human rights defenders in China may occur in Hong Kong, with activists like Joshua Wong and myself likely targets of the authorities.

As local commentators have suggested: "There will be more Liu Xiaobo not only in China, but also Hong Kong."

This move is a clear indication that China is breaking its promise to keep Hong Kong a semi-autonomous city.

In recent decades, the Hong Kong authorities took the stance that the responsibility of legislating a national security law should be fulfilled by the local government, instead of the central government. Such reassurances were seen as proof of how Hong Kong still enjoys a high degree of autonomy.

But this is no longer the case when Beijing decides to brutally force the law on us by bypassing the city's legislature. Many Hong Kong citizens consider the move as the end of one country, two systems.

Other than the draconian law itself, it is also terrifying that the draft allows Beijing to have its own national security bureau in Hong Kong. The fear of the security force is well founded after the outrageous incident in 2015 in which special agents from China were accused of abducting several Hong Kong booksellers from Hong Kong and Thailand to mainland China, where they were forced to make a confession video and threatened not to reveal the truth about their abductions.

If these special agents are allowed to operate in Hong Kong according to the law, more and more cases of covert abduction or punishment outside the law can be expected. The safety of political activists, dissidents and controversial businessmen would be deeply infringed.

Beijing could have done it with a better approach -- through local legislation and white paper proposals. But now, the new national security law, which is certain to be passed by China's rubber-stamp National People's Congress in coming days, will only rekindle the fighting spirit of protesters in last year's wave of anti-extradition law protests. It will spark more concerns and greater emotional reactions from the public when compared to the extradition law amendment.

The move will lead to shocking, bloody consequences, hampering Beijing's ability to appease forces, such as the business sector, which are not always ideologically opposed to it. Beijing will eventually pay for its aggression and mistakes.

We cannot give up now. As political activists, we have no choice but to continue our work in appealing to the attention of the international community. Hong Kong's people should never give up voicing their demands for democracy. The world must recognize that we are defending our promised "high degree of autonomy" and the principle that defines one country, two systems: "Hong Kong people ruling Hong Kong."