Hong Kong’s protests have blown up the founding myths of Communist China: Christian Leuprecht in the Globe and Mail 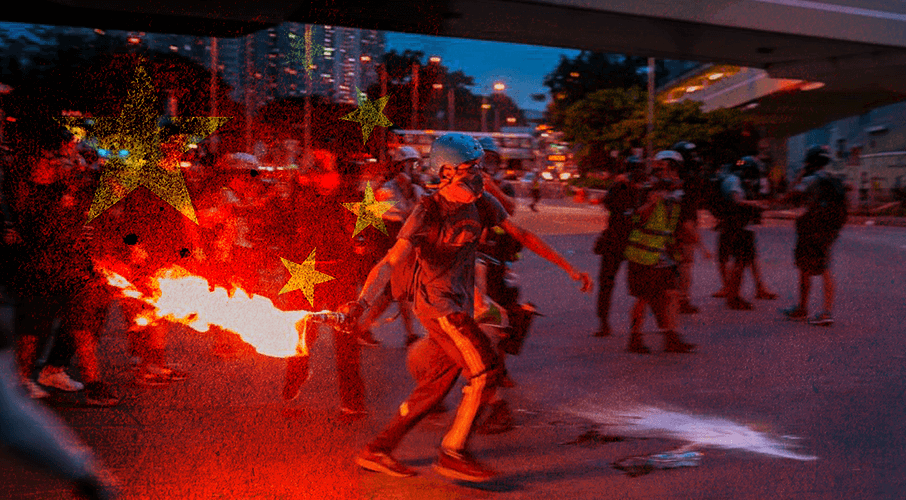 There are two fundamental myths that inform the Communist Party of China’s (CPC) claim to legitimacy and power. First is the idea that politics and the economy operate in separate spheres. It pretends that authoritarianism poses no impediment to prosperity, trade and investment. Second is the notion that the party’s leadership claim is unequivocal; the one and only party exercises its monopoly over power.

But more than 100 days of ongoing protests in Hong Kong have exposed the internal contradictions of those twin foundational narratives. As the 70th anniversary of the People’s Republic of China on Oct. 1 approaches, the CPC faces a predicament.

Hong Kong enjoys a unique legal framework governing its economy that offers foreign investors a degree of security that is not found on the mainland. Thanks to predictable conditions, Hong Kong is home to the world’s fifth largest stock market, and handles more freight than any other airport in the world.

As a result, foreign investment in mainland China runs predominantly through Hong Kong, where that money can be expatriated, legally and unencumbered – in dollars. Undermining Hong Kong, then, runs the risk of throwing the mainland into financial chaos.

Hong Kong has become a sanctuary for corrupt mainland CPC cadres and their clients to move their gains offshore. Illicit outflows from China to other countries over 18 months between 2015 and 2016 are estimated at US$1-trillion. As a consequence of Communist Party officials purchasing property in Hong Kong, real-estate prices have soared while standards of living, for young people especially, have stagnated.

Beijing’s response had been to vilify the merchant class, but its duplicity was exposed by reports in early September that a group of those same merchants had met with Carrie Lam, Beijing’s approved Hong Kong Leader. As a result, Beijing now asserts its leverage by proxy: Several Chinese chief executives have quietly met with Ms. Lam, signalling that state-owned enterprises will be expanding their influence over the Hong Kong market.

Many residents of Hong Kong remain ardent nationalists who identify strongly with China. But they also value the heritage of British colonial rule. Even Deng Xiaoping respected it. The late Chinese paramount leader attributed Hong Kong’s success to its British institutions, and so he kept them intact when it reverted to Chinese rule, although he did wrest the authority to appoint the head of the Special Administrative Region and its parliamentarians.

However, Hong Kong has since been reduced to a “merchant colony.” For the past two decades, residents have experienced first-hand China’s erosion of the independence of their city. The extradition bill was the latest ploy in which Beijing mistook Hong Kong as a province of the People’s Republic of China.

Meanwhile, all is not well in the Middle Kingdom. The 2018 decision to remove presidential term limits irritated many bureaucrats to the point that President Xi Jinping had to put them on notice about embarrassing him. Mr. Xi and his comrades seriously miscalculated the consequences of a trade war with the United States, and they’ve had to tone down the belligerent rhetoric while the party covers for Mr. Xi by blaming disagreements within the CPC ranks. In fact, dissension between Mr. Xi and other political elites is the most probable explanation why the Fourth Plenum of the Nineteenth Central Committee is now a year overdue – the longest delay in the post-Mao era. Mr. Xi is also painfully aware that a violent crackdown would delegitimize his lifetime-leadership aspirations: Mr. Deng’s decision to dispatch troops to Tiananmen Square in 1989 spelled the beginning of his end.

The party faces a dilemma. It could redouble political repression and forsake Hong Kong as a financial destination of choice, which would obliterate the belief of foreign investors in economic freedom in China. Or, to uphold the myth that China’s economy is politics-free, Beijing would need to assure the people of Hong Kong that they will retain their democratic rights, sacrificing its monopoly on power – not just in Hong Kong, but across the whole of China. Both options cast doubt on China’s vision of “one country, two systems,” which portends poorly for Beijing’s aspirations to reunite the mainland with Taiwan.

By questioning core myths about CPC rule and China’s purported alternative to a free-market, free-society economy, the protests amount to Chinese water torture for the system and its leadership. The allegedly superior “Chinese values” the apparatchiks like to tout appear increasingly unattractive – and unsustainable.

Christian Leuprecht is Class of 1965 Professor in Leadership at the Royal Military College, cross-appointed to Queen’s University and Munk Senior Fellow at the Macdonald-Laurier Institute.