Human rights defenders are increasingly targeted by repressive states: Kolga, Memarsadeghi and Shahrooz in the Globe 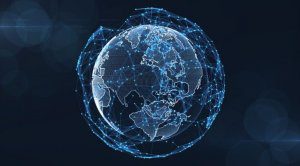 The message to democracy activists is clear: No matter where you are or which passport you carry, you are not safe anywhere, write Marcus Kolga, Mariam Memarsadeghi and Kaveh Shahrooz in the Globe and Mail.

A leading voice for human rights in Iran is targeted for kidnapping by agents of the Iranian regime from her home in Brooklyn, where she resides as a citizen of the United States. A Saudi commentator is dismembered in the Saudi consulate in Istanbul. A plane travelling from Athens to Vilnius is forced to land in Minsk so that a young Belarusian journalist can be arrested. These stories – of Masih Alinejad, Jamal Khashoggi, and Roman Protasevich respectively – remind us that activism and journalism are both vital and dangerous. They also point to a growing international trend which human rights defenders are calling “transnational repression.” The message to democracy activists is clear: No matter where you are or which passport you carry, you are not safe anywhere.

In many ways, repression beyond borders is nothing new. Iran, for example, has carried out dozens of extraterritorial assassinations, killing military officials of the old regime, a former prime minister and even an entertainer. It recently kidnapped and killed Ruhollah Zam, an outspoken journalist. Facing no consequences for this gangsterism, Tehran has recently expanded its efforts, culminating in the recently foiled plot to kidnap someone on US soil. Other countries have taken notice. The Kremlin, for example, has practically made the poisoning of critics abroad a pillar of Russian statecraft. China appears to have added a new twist by pressuring compliant foreign states to clamp down on those it wants to suppress.

Internet-based technologies have only added to the tyrants’ arsenal. Dissidents routinely suffer virtual intimidation and defamation, regardless of their physical whereabouts. A report from Oxford University shows a number of illiberal governments – such as those of Russia, China, Venezuela, Azerbaijan, Syria and Turkey – target individual activists with threats, abuse and libel online. They do so through fake social media accounts and algorithm-fuelled propaganda that “amplify marginal voices and ideas by inflating the number of likes, shares and retweets they receive, creating an artificial sense of popularity, momentum or relevance” for pro-dictatorship policies as well as individuals and groups attacking activists. The psychological effects of this strategy on activists cannot be overstated.

Targeted online attacks accompany cybersurveillance on populations at large. Beijing, for example, is increasingly relying on artificial intelligence to monitor civic organizing or protest and to promptly extinguish such attempts. Ominously, China is also exporting this technology to countries such as Egypt, Kenya and Uganda, creating an illiberal alliance and imperilling dissidents in more and more countries.

These tactics are intended to strike fear in anyone who dares speak out about repression or corruption. To fight for freedom now means being tracked, defamed and rendered physically and psychologically vulnerable, no matter where the activist or journalist lives. When autocrats cannot reach these individuals themselves, they intimidate and imprison their family members as a means to control their speech and actions abroad.

Dictators engage in transnational repression for one simple reason: to stay in power and continue enriching themselves. Sadly, the confluence of Western apathy and corporate greed have permitted tyrants to increase such aggression without incurring a cost. This harms not only dissidents, but gives autocrats incentive to undermine the rule of law and other democratic institutions in free countries. The only way to end this growing pattern is to impose a severe cost for such repression and hold officials to account.

This includes using targeted Magnitsky sanctions against rights violators and their corrupt enablers, invoking universal jurisdiction to prosecute criminal leaders on Western soil, increasing refugee visas for dissidents and employing our security forces to offer them more protection, grounding the flights of any state that takes its repression to the skies, and expelling diplomats who organize and enable transnational repression. Equally critical is the need to educate elected Western officials, police and intelligence services, media and citizens about the threats of foreign interference and influence operations.

But before implementing those policies, our governments must first recognize the scale of the problem. It is no exaggeration to say that if the free world does not see and counter these tactics, it will lose a war against illiberalism just as significant as the ones it won against fascism and communism. Only when we recognize that transnational repression is an existential risk to the world’s democracies can we institute strong deterrence for its use.