Independent agencies should not swim with the sharks: Philip Cross in the Financial Post 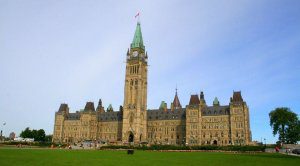 Independent agencies should stick closely to their mandate and avoid taking on tasks that plunge them into political waters, writes Philip Cross in the Financial Post. Below is an excerpt from the article, which can be read in full here.

Yves Giroux is Canada’s third permanent parliamentary budget officer (PBO). The PBO had a shaky beginning under Kevin Page, who sometimes acted as if he believed confrontation and fractiousness would prove his agency’s independence from the Harper government that had created it. The PBO settled down under the stewardship of Jean-Denis Fréchette. But Giroux wants to take the PBO beyond helping parliamentarians analyze budgets into contentious areas such as costing federal election platforms and evaluating the sustainability of record budget deficits. This threatens its budding reputation for providing impartial, fact-based analysis.

Under Giroux, the PBO did good work in the early days of the pandemic when the federal government was introducing new spending programs almost daily without providing guidance about the debilitating consequences for its deficit and debt. The PBO filled that information gap with credible estimates of federal spending and deficits, a good example of fulfilling its mandate to inform Parliament about the budget.

Now, however, Giroux wants the PBO to assess the cost of the major parties’ election platforms. Doing so would plunge the agency directly into the morass of election politics. Other independent agencies, such as the Bank of Canada and Statistics Canada, have strict rules about not getting involved in election campaigns. The PBO should follow their example. Lord knows someone should have pointed out that the 2015 Liberal campaign plan to pay for a middle-class tax cut with higher taxes on the rich was doomed to fail from the start. But this should be the job of commentators and other political parties, which is one reason we have election debates.

An example of the difficulty of costing election platforms is the PBO’s assessment of possible revenues from the NDP’s proposed one per cent tax on wealth. One problem with forecasting these revenues is the unpredictable behavioural response of people to attempts to tax their wealth. Another is that estimates of wealth itself are highly contentious, the result of economists using at least four different methods. One is survey estimates by organizations such as Statistics Canada. Another extrapolates wealth based on estate taxes for recently deceased rich people. A third uses the capital income reported by taxpayers to estimate the wealth needed to generate this stream of income. The fourth, and least reliable, is “rich lists” of the wealthiest people by magazines such as Forbes and Canadian Business.