It's not a stark choice between Indigenous rights and economic development. We can have both: Heather Exner-Pirot in the Financial Post 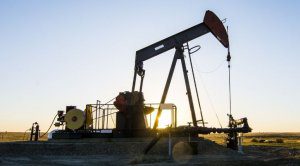 As many as 39 First Nations produced oil and gas on their own reserves in 2019, earning millions in royalties, writes Heather Exner-Pirot in the Financial Post. Below is an excerpt from the article, which can be read in full here.

One of the more pervasive narratives in Canada is the idea Indigenous peoples are opposed to resource development. The Wet’suwet’en hereditary Chiefs’ challenge of the Coastal Gas Link pipeline is the most salient example, but there are others, from the TMX pipeline to the Mary River iron ore mine in Baffin Island. In the popular telling, Canada faces a stark choice: Indigenous rights or economic development.

Indigenous peoples have used the land and resources in North America for thousands of years and had sophisticated trading systems long before European settlement. Early European activity in Canada was dominated by European-Indigenous collaboration in the fur trade. But as colonization progressed, First Nation, Métis and Inuit economic systems were controlled and forcibly subdued by the Canadian government. This led to predictable but catastrophic poverty and dependence.

Despite this, we are currently witnessing an impressive resurgence of Indigenous economic development. A fundamental shift took place in 2004-05, when the Supreme Court affirmed that the Crown had a duty to consult and accommodate Aboriginal peoples when activities took place on their traditional territories that impacted their treaty and Aboriginal rights. This had major implications for the regulatory approval process. One immediate manifestation was that the number of impact and benefit agreements (IBAs) between project proponents and affected communities quadrupled from the period 2000-2005 to the period 2005-2010. Negotiating with Indigenous communities had gone from a “nice to do” to a “need to do.”