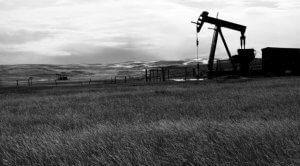 It's high time we pushed the discussion about Indigenous peoples and resource development past polarizing and simplistic slogans, write John Desjarlais Jr. and Heather Exner-Pirot in iPolitics. Below is an excerpt from the article, which can be read in full here.

In the polarized “environment versus economy” debate we’re having, there’s often an assumption, or an assertion, that Indigenous peoples are mostly against resource development. This is manifested in blockades, protests at legislatures and university campuses, and cries from activists that they stand in solidarity with Indigenous people when they stand against mining, oil and gas, commercial fishing, hydro, and forestry projects.

For those familiar with the matter, this has always been a bit puzzling. Resource development is often the biggest economic driver of Indigenous communities, since it provides revenues for nations and well-paying jobs closer to home. Indigenous businesses are 40 times more likely to be involved in the extractive industry than Canadian ones.

There are absolutely cases where Indigenous nations have had disputes with resource companies, and when their rights have been disrespected. But this is not the same as being against resource development in principle. The public discussion of the issue has failed to grasp that key distinction: Indigenous peoples are not generally opposed to development; they are opposed to not being included, and they are against assuming risks without reaping any of the rewards.

To test that assumption, the Indigenous Resource Network, a platform for Indigenous workers and business owners involved in resource development, commissioned a poll by Environics Research. A total of 549 self-identified First Nations, Metis, and Inuit people living in rural areas or on reserves across Canada were interviewed by telephone between March 25 and April 16.

The poll found that a majority, 65 per cent, said they supported natural-resource development, while only 23 per cent were opposed. When asked how they’d feel if a new project were proposed near their own community, supporters outweighed opponents 2 to 1 (54 to 26 per cent). Not surprisingly, support was higher among working-age (35- to 54-year-old) respondents (70 per cent) than younger ones (18- to 34-year-olds), (56 per cent), while Indigenous men were more likely to oppose resource development (28 per cent) than Indigenous women (19 per cent).