Inflation should be an election issue: Jack Mintz in the Financial Post 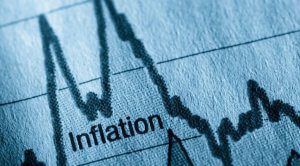 Fiscal policy is the greatest uncertainty. If shortages continue, prices will rise as government fans demand with deficit spending, writes Jack Mintz in the Financial Post. Below is an excerpt from the article, which can be read in full here.

Good news this past week was that June’s consumer price index barely rose, giving some relief to Canadians facing higher prices these days. One month alone is not a trend set, however, and inflation was far higher this past half year than we have become accustomed to.

On a non-seasonally adjusted basis, consumer prices have risen 2.9 percentage points in the past six months, almost half the 6.0 per cent rise in prices since January 2019. Consumer price inflation that was 2.2 per cent in 2019 and only 0.7 per cent in 2020 would be a whopping 5.8 per cent if the second half of 2021 repeats the first half. That would be the highest annual inflation since 1983.

Inflation is not as bad once seasonal effects are eliminated, especially for energy and food. Seasonally-adjusted inflation for the first half of 2021 was 1.8 per cent, which, if doubled, means 2021’s annual inflation rate would be 3.6 per cent.

Inflation is squeezing household budgets, especially for people on fixed incomes. In Toronto, gasoline prices reached $1.40 a litre in June, up from $1.18 in January 2020 – a fifth of that increase thanks to two carbon-tax hikes. Those filling up their cars at a 20 per cent higher cost than in pre-pandemic days would also find more expensive staples on their grocery trip — with milk up five per cent, eggs eight per cent and potatoes 10 per cent.

Statistics Canada reports that prices are generally rising fast for necessities: food (up 2.1 percent), shelter (up 2.8 per cent) and transportation (up six per cent). These three items account for 62 per cent of living expenses for the average Canadian — and even more for those with lower income. So far in 2020, workers have seen hardly any increase in their hourly wage rates in 2021: just 30 cents per hour or 0.9 per cent. To protect their incomes from inflation, workers will need higher wage settlements, which could lead to inflationary expectations becoming embedded in wage and price hikes.