Inflation may be even higher than it seems: Philip Cross in the Financial Post 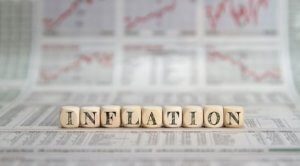 The difficulty of forecasting in the current environment means widespread assurances that the spike in inflation is temporary are questionable, writes Philip Cross in the Financial Post. Below is an excerpt from the article, which can be read in full here.

Consumer price inflation in April blew by the consensus forecast of economists. In the U.S., prices rose by 4.2 per cent — the most since September 2008 — while in Canada the CPI rose by 3.4 per cent, its highest reading since September 2011. The surprising results reflect both the chronic difficulty economists have in forecasting and the impact that recovering from the pandemic is having on boosting demand while supply remains disrupted by shortages of material and workers.

Economists’ forecasts are missing the mark more than usual in the current environment. The miss on inflation follows an even larger error in forecasting the U.S. jobs report for April, when the consensus forecast of an employment gain of one million far exceeded the actual increase of 266,000. Economists simply have little understanding of how an economy performs in a pandemic when government edicts can change the fortunes of an industry overnight and household behaviour has shifted in ways no one predicted.

Not that economics ever had a good track record at forecasting. As Niall Ferguson observes in his recent book Doom: The Politics of Catastrophe, “economic forecasters are in reality far worse at their jobs than weather forecasters.” Economists routinely miss such major events as an economy falling into recession. The IMF predicted only four of the 469 downturns in national economies between 1988 and 2019. As the economist John Kenneth Galbraith quipped, “Pundits forecast not because they know, but because they are asked.” (Even less charitably, he also said “The only function of economic forecasting is to make astrology look respectable.”)