Iran’s Likely Options if Attacked by the United States: Farhad Rezaei for Inside Policy 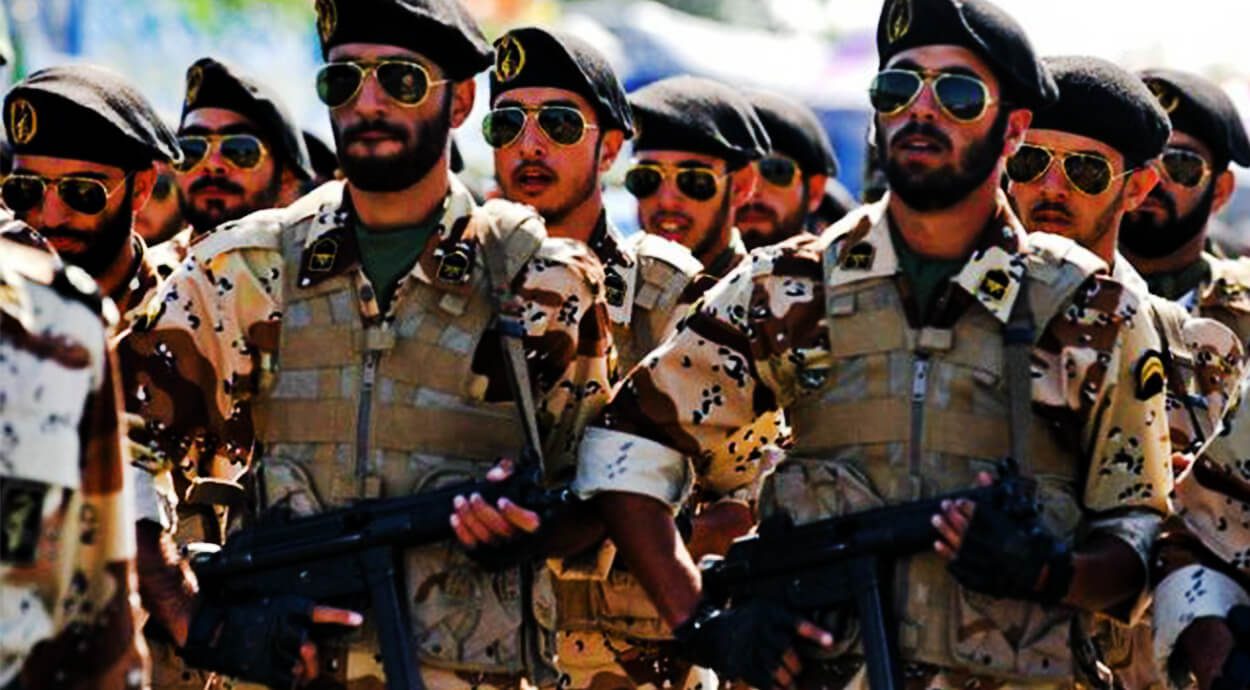 If war breaks out, Iran can only respond through its proxy network or by carrying out sabotage operations, writes Farhad Rezaei.

Tensions between the United States and Iran have escalated in the recent days with each side warning the other of a swift and lethal retaliation if provoked. At the moment, the possibility of any violence occurring is low unless Iran's Islamic Revolutionary Guards Corps (IRGC) or its proxy network makes a mistake. The two sides are engaged in heated rhetoric but have so far exercised restraint in order to not provoke one another. However, observers are concerned that the tensions may go beyond war of words and lead to a full-scale war. Yet, if war breaks out, it would be useful to understand how Iran may retaliate if the United States attacks. The rest of this article explores those options.

Closing the Strait of Hormuz

Closing the Strait of Hormuz, the critical oil route crucial to global energy supplies, could reduce global oil supplies by up to 17 million barrels per day. The White House announced that blocking access to the Strait of Hormuz would be unacceptable, and devised a plan to save the maritime gateway. To counter Iran if it decides to carry out this threat, the US Navy has moved the USS Abraham Lincoln Carrier Strike Group (ABECSG) and a bomber task force to the US Central Command region, as well as deploying a Patriot missile battery to the Middle East.

If, however, the Iranians think that blocking the waterway will be easy, this will be the most significant miscalculation that they can make. The last time the IRGC tried to close the Strait of Hormuz they ended up with Operation Praying Mantis. To recall, in the last year of the Iran-Iraq war in 1988, US forces sank two Iranian warships, three armed speedboats and attacked offshore rigs in retaliation against Iran’s mining of the Persian Gulf and the subsequent damage done to an American warship.

Harold Rhode, Middle East expert and former Pentagon Iran analyst, noted that if Iran provokes the United States, the question will not be whether the US is able to retaliate, but rather how many hours or days it would take for US forces to destroy Iran's Navy.

Targeting American Bases in the Region

Another option for Iran is to target US bases in the region, either directly or through its proxy network. Brigadier-General Amir Ali Hajizadeh, commander of the IRGC Aerospace Force, said the American forces stationed in the Persian Gulf are in close range for his organization and "will be hit on the head" if they make a wrong move. According to Hajizadeh, the American forces “were previously a threat to Iran,” but they are now vulnerable, and a target.

However, military experts believe that targeting US forces directly is extremely risky, and the IRGC will not be willing to take that risk. Ofira Seliktar, an expert in intelligence analysis in the Middle East, noted that the Iranians know well “how lethal the US power is. They have always been very rational in the past. They only acted when the cost of doing business was low. This time around it may be too high for them.”

On May 5, the White House announced it had received intelligence reports indicating Iran is preparing for a possible attack through its proxy forces. Lieutenant-General Kenneth McKenzie, head of US CENTCOM, said that his organization had received intelligence that Iran has been preparing the Kataib Hezbollah and Asa’ib Ahl Al-Haq to attack the American Al Tanf garrison in Eastern Syria.

On May 11, Iraqi media also revealed that the Quds Force chief Qassem Suleimani secretly visited  Baghdad and held discussions with Shibl al-Zaidi, who heads the Kata’ib al-Imam Ali, and Abu Mahdi al-Muhandis, the head of the PMF, about his plan to attack US forces in the region. Later, Suleimani was spotted in Beirut meeting with Ziyad Al-Nakhaleh, the leader of PIJ.

The Israeli military sources also reported that they spotted the forces of Asa’ib Ahl Al-Haq in Al-Anbar, the western Iraqi province close to the Syrian border. This will enable the militia to inflict a successful hit on a US target. Reportedly, Iran has provided its Iraqi proxies with an arsenal of short-range ballistic missiles, including Fateh 110 with an operational range of 300 kilometers and Zulfiqar with a range of 1000 kilometers, capable of hitting targets beyond the region.

The possibility of initiating an attack on US forces is low, but it is likely that Iran would unleash its proxy network as a countermeasure against a US attack.

If the stand-off between Iran and the United States escalate, Iran may also try to attack Israel via Hezbollah, Hamas, and Islamic Jihad. The IRGC chief, Brigadier-General Hossein Salami, warned that if Israelis encourage the United States to attack Iran, the Revolutionary Guards will destroy the Jewish State. Israeli security officials also believe that in case of a US military attack, it is highly likely that the IRGC “will activate Hezbollah and Islamic Jihad from Gaza, or even that they will try to fire missiles from Iran at the State of Israel.”

However, given the superiority and readiness of Israel’s military, it is less likely that any of Hezbollah, Hamas, and Islamic Jihad would be interested in entering into a new conflict with Israel any time soon. In a recent encounter on May 4, Palestinian militants launched 600 rockets and mortar shells into southern Israel from Gaza, but the Israeli Defense Force (IDF) responded with full force. The price for the Palestinian militants was too high; 300 targets hit, millions of dollars in damage, and this time around Iran will not be able to rebuild the loss due to the crippling sanctions that have brought its economy to its knees.

Moreover, the IDF killed Hamed Ahmed Khudari, the Hamas operative and Iran's contact responsible for transferring funds from Iran to Hamas and PIJ. The Hamas rocket barrage was also not very successful: 70 percent of the rockets landed in empty spaces, most of the rest were shot down by the Iron Dome, Israel’s sophisticated air defence system. On the Israeli side, only four Israeli casualties were reported. The number of casualties matters most because the Israeli government can tolerate four victims, but if it were 40 or more, this would have warranted a ground invasion. Nevertheless, it is highly unlikely that the militants would be able to initiate a new war with Israel any time soon because this would make an IDF ground invasion necessary.

The IRGC will probably try to punish the Kingdom for its role in shaping the US tough line on Iran. Intelligence reports indicate that the IRGC is plotting a destructive attack on Saudi Arabia's oil installations in eastern provinces. While a direct IRGC military attack on Saudi Arabia might be too risky, it is highly possible that the Houthis might set up the attack. The scale of the potential attack matters greatly because firing one or two missiles on Saudi Arabia is just a pinprick, and perhaps Riyadh would be able to counter it. For example, Houthis had occasionally fired ballistic missiles on Saudi Arabia that were intercepted and destroyed by the Saudi's air defence system.

Likewise, the possibility of carrying out sabotage operations against the Kingdom should not be ruled out. On May 11, the media reported that four oil tankers were targeted by “sabotage operations” in the UAE’s Fujairah port. Two of the oil tankers belonged to Saudis, one of them en route to the Saudi shores to be loaded with crude oil to send to the United States. While the source of the sabotage is yet to be identified, it is possible that the IRGC-linked groups carried out the operation to signal that they can raise the cost of doing business in the event of a military attack.

The statement of Iran's elites concerning the sabotage operation implicitly suggests to this fact. Heshmatollah Falahatpisheh, the head of Iran’s parliament’s national security committee, said that reports of “explosions in Fujairah port showed the security of Gulf states is fragile.” Prominent Iranian conservative journalists also attributed the attacks to the “resistance movement kids.” Mohamad H. Khoshvaght, the former official at the Ministry of Culture and Islamic Guidance, wrote in his Twitter account that this sort of operation would continue unless Iran's security is guaranteed. He wrote in a different tweet that the sabotage was carried out by Houthis’ Ansarullah on behalf of Iran. Hossein Dalirian, the editor of Tasnim News Agency, an outlet belongs to the IRGC, wrote that “if the town is insecure, let it be insecure for everyone.” Hamed Rahimpour, the editor of the conservative Khorasan newspaper, also wrote that “All our options are on the table, both the Yanb'a port and the Fujairah port were hit; the two ports that are supposed to replace Iranian oil, and they even have not noticed how they were hit.” Whether Iran was really behind this sabotage attack needs more investigation, but if so, it would be a massive miscalculation in the part of Iranians that could lead to a direct conflict.

In sum, for now the possibility of military conflict is low, but if war breaks out, Iran’s retaliatory options are minimal. Iran can only respond through its proxy network or by carrying out sabotage operations. Still, the success rate of proxy war is low given the military superiority of the United States and its allies – Israel and Saudi Arabia.

Dr. Farhad Rezaei is a member of the Association for the Study of the Middle East and Africa (ASMEA) in Washington, DC and co-authored (with Ofira Seliktar) Iran, Israel, and the United States: The Politics of Counter-Proliferation Intelligence (NY: Lexington Books).