Is our justice system working? The case for recidivism data: Uswah Ahsan for Inside Policy 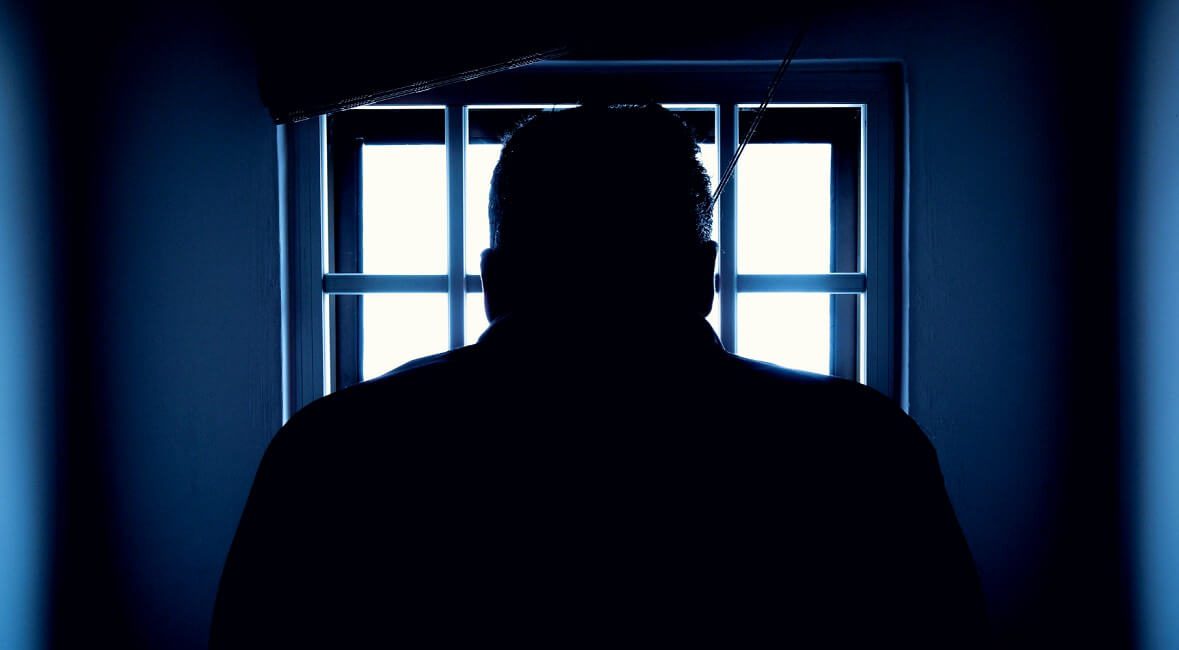 In May 2019, the story of Christopher Watts, a convicted sex offender who was released from prison after completing his sentence but deemed too dangerous for every halfway house in British Columbia, made headlines around the country. In fact, halfway houses across the country refused to take him in, based on the risk that he would harm the community and police. The case presented a particularly complex part of our justice system, where offenders who complete their sentence must be released, even if the Parole Board of Canada isn’t certain about their rehabilitation. It is difficult to determine whether offenders – especially violent ones – will reoffend and return to prison. Indeed, we don’t know nearly enough about whether offenders are being rehabilitated.

The Case for Recidivism Data

The Department of Public Safety has three key objectives for our justice and correctional systems: punishment, rehabilitation, and public safety. We need to be able to weigh these objectives against the reality of work done in our systems. How can we tell whether we are achieving these objectives? Is our justice system doing a good job of decreasing crime?

One way to assess the strength of our system is to look at the likeliness that a previously convicted person will reoffend and be reconvicted. Ideally, the proper collection and analysis of recidivism statistics could help inform our opinions about how well our correctional system rehabilitates prisoners and keeps the public safe. As well, recidivism rates would indicate whether parole and community supervision programs are actually working to decrease crime. Recidivism rates for different populations such as youth or violent crime offenders also tell us about targeted populations we should pay attention to.

So how does Canada perform with respect to recidivism? The truth is that we really don’t know. Canada has unreliable, uneven, and unusable data on recidivism. This data challenge makes it difficult for policy-makers, researchers, the media, and the general public to judge whether the system is delivering on its goal of rehabilitation. Canadian governments must make a greater commitment to developing, compiling, and reporting on rates of recidivism by Canadian offenders.

Recidivism data tells us a few things about our correctional system. First, it helps us find the proper balance between punishment and rehabilitation when it comes to deterring crime. Second, it tells us whether the types of sentences we give offenders (i.e., prison, parole, community supervision) are the most effective in rehabilitating them and reducing crime. Third, recidivism data shows us how safe our country is by noting the amount of repeat and chronic offenders in our system. In this way, recidivism data is key in determining the areas of improvement for our justice system.

Ideally, we could use recidivism data to situate Canada’s success in relation to other western liberal democracies (i.e., UK, Australia, New Zealand). From this information, we could either share our best practices with other countries or adopt some of theirs to better our system. Recidivism data can also be used to make province-by-province comparisons to determine best practices in the various provinces that could be applied elsewhere.

Research shows that offenders recommit crimes because of their socioeconomic status, effectiveness of their parole officers, length of time incarcerated, seriousness of crime, their education level, and general willingness to commit crime. An offender’s willingness to recommit crime can change through programs that address cognitive and behavioural issues that help offenders create positive peer relationships, which enlarge their circle of support and make them feel more accountable for their actions. Their attitudes change from seeing crime as a necessity or normalcy to knowing that they have support outside of their criminal network. Offenders are less likely to resort to crime because their social circle deters them from it. Education and vocation programs at prisons help inmates develop skills that increase their employability when released from prison, which makes it easier for them to have an income and pay for living expenses without returning to crime.

Similarly, proper recidivism data would inform the debate over whether we need tougher evaluations in parole or probation hearings, scrutiny of the application of credit for times served, or reform of the use of dangerous offender provisions, to keep individuals who are likely or certain to reoffend off the street. In late 2018, former Alberta Crown Prosecutor Scott Newark wrote an article for MLI critiquing the justice system’s failure in continually allowing the release of child abductor Randall Hopley, despite the system’s acknowledgement that he was “a risk of significant harm to the safety of young boys.” Newark’s suggestions on Electronic Monitoring of repeat offenders has been ignored. This type of monitoring could be incredibly useful in gathering recidivism statistics.

It’s clear that without recidivism data, we don’t know who to target for rehabilitation programs. Even if we created programs for all offenders, how would we know they work if we don’t have regularly collected recidivism data?

In MLI’s 2016 Justice Report Card, authors Benjamin Perrin and Richard Audas commented on a lack of recidivism statistics, which limited their research on the success of Canada’s justice system. Three years later in a recent effort undertaken by MLI, finding concrete national and provincial recidivism data still reaped few results. There has not been a significant improvement in the availability of recidivism data by Statistics Canada, Public Safety Canada, Correctional Service Canada, Department of Justice Canada, or any provincial correctional or justice departments.

Furthermore, there is inconsistency within and between the federal and provincial departments about a definition of recidivism and its measurement. The definition chosen by MLI is of recidivism defined by

A revocation of a conditional release or a reconviction (violent and non-violent) after release, both of which are measured within two years of the offender’s initial release from their sentence.

However, there is inconsistency between definitions provided by government departments and ones provided by non-governmental organizations. This pattern also applies to international definitions versus those of Canada. For example, the justice research division of Statistics Canada (Juristat) defines recidivism as repeat offenders who commit one or multiple crimes, while CCS notes recidivism as revocation of a conditional release or reconviction. Neither institution produces statistics on repeat offenders or reconvictions within a set time span.

This may be because recidivism rates are generally seen as unreliable indicators of the justice system’s effectiveness due to the many ways they can be measured. More plausibly, it is because government agencies do not want to incite public outcry. A high recidivism rate means discontent among taxpayers about the failure of our justice system in reducing crime rates, outrage among prison rehabilitation supporters about the inadequacy of programming for offenders, and general concerns about public safety. The absence of data is a conclusion in itself that our correctional system has failed at being self-evaluative. Without knowing our current status in achieving our objectives, we cannot establish an effective plan for the future.

Without Canada-wide recidivism rates, we can’t compare our performance versus that of countries like Australia and the United Kingdom. We cannot see whether Canada is a leading example of criminal rehabilitation or a country that needs to substantially better its current practices. The need for recidivism statistics both federally and provincially is blatant for assessments of rehabilitation, punishment, and public safety.

What we do know

To add to the already problematic situation of a lack of data, we know that federal and provincial governments regularly create programs to address recidivism, but these programs are rarely measured for effectiveness in reducing recidivism. Programming for specific demographics such as youth and Indigenous people ensure that the likeliness to re-offend is as low as possible. However, there is little quantitative research done regarding the success of these programs in lowering recidivism. Rather, program evaluations focus on general value changes among offender groups which may or may not affect recidivism rates.

Take the Department of Public Safety and Emergency’s evaluation of youth crime prevention programs as an example; only one data piece indicates recidivism outcomes. This data is the rate of arrests and offending among those who completed the Prevention Intervention Toronto (PIT) program. Interestingly, the data trend indicated that the program’s results were neutral.

However, it is not to say that government departments and other organizations do not report any statistics. Public Safety Canada regularly publishes an annual report, titled “Corrections and Conditional Release,” that provides statistics on offender sentences, crime rate comparisons to provinces and other countries, as well as some revocation rates. The Parole Board of Canada also releases its “Performance Monitoring Report” yearly, with information on statutory release and parole statistics. Juristat regularly posts crime-related research on the Statistics Canada website. And most recently, the Department of Justice Announced a performance monitoring framework, titled a “State of the Canadian Justice System Report,” that plans to report statistics (excluding recidivism as of now) about our justice system.

Suffice to say, there is some crime data out there. The purpose of this piece is not to denounce the work of government departments and other organizations in gathering crime data. Rather, it is to advocate for the collection of recidivism data and the standardization of a definition in order to make it easier for Canadians to understand the successes and failures of our correctional system. It is also for bureaucrats to design rehabilitation plans backed up by recidivism data, and to create public safety strategies accordingly.

In closing, work to progress our correctional system doesn’t begin at the creation of programs. Rather, it starts at the collection of data so we know what to improve and for whom. The case for recidivism data is strong when it comes to punishment and rehabilitation for offenders, as well as general Canadian public safety. It is important for Canadian governments to invest in better data collection and reporting with respect to recidivism. It’s critical for informing good policy, ensuring political accountability, and helping rehabilitated inmates pursue second chances. This work would incur minimal costs but would deliver a huge impact in progressing Canada’s objectives for our correctional system.

Uswah Ahsan is a Research Intern at the Macdonald-Laurier Institute. Her work at MLI focuses on justice research, most notably for the next Justice Report Card. She has also previously worked at Statistics Canada.