Khalistani extremism and the bloodbath that started it all: Terry Milewski in the Toronto Sun 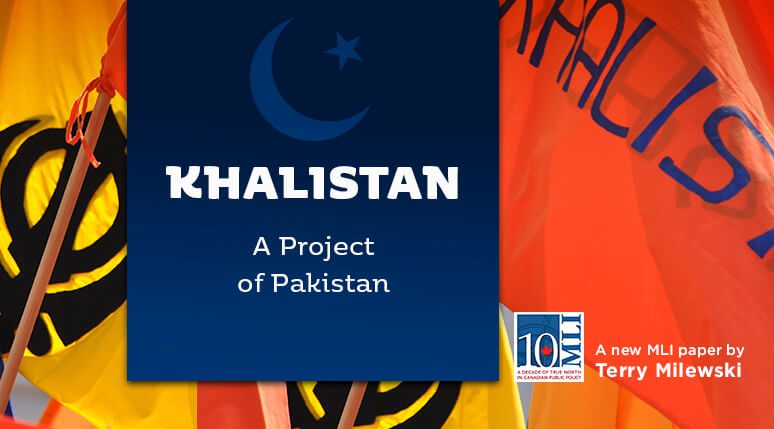 An independent Khalistan seems most unlikely to be truly independent of Pakistan, writes Terry Milewski in the Toronto Sun.

The following is a modified extract from a recent report by veteran journalist, Terry Milewski, that discusses the national security threat posed by Khalistani extremism which is driven by Pakistan.

All of these sub-plots may seem remarkable in themselves, but Pakistan’s role in nurturing the cause of Khalistan, given the grim historical backdrop, is more remarkable still. Like so much else in the region, that history inevitably goes back to the trauma of India’s partition in 1947.

Although precise numbers are hard to come by, there is little doubt that a million people died — Muslims, Hindus and Sikhs — in a hellish cycle of massacres and retaliatory massacres when the British quit India and carved it into two countries — a mainly-Hindu India and a mainly-Muslim Pakistan. The Sikhs got no country of their own and their Punjab homeland was sliced in two.

It was hardly their homeland exclusively, though. Before partition, according to a 1941 census, Sikhs had no special claim to the undivided Punjab, where Muslims were in the majority, at 53%, followed by Hindus with 29% and Sikhs with 15% of the population. But partition forced each group to fight for turf and to consolidate where it could best survive, resulting in a gigantic migration propelled by ethnic cleansing on an apocalyptic scale. Millions of Muslims were driven west out of India and millions of Hindus and Sikhs were forced east out of the new Pakistan.

Sikh gangs did their share of the killing, but a quarter of a million Sikhs, perhaps more, lay among the dead. Today, their elimination from Pakistan is not quite complete but, under the threat of forced conversions, attacks on gurdwaras and worsening discrimination against all religious minorities in Pakistan, fewer than 10,000 Sikhs remain where once there were two million. This, in a country which supposedly stands for their liberation from oppression.It does not fit the Khalistani narrative, to say the least, that Pakistan’s treatment of its shrinking Sikh minority has brought angry demonstrations to the Pakistani High Commission in New Delhi. Rather, it makes it all the more bizarre that undying solidarity with Pakistan has become a kind of theme song for the American lawyer, Gurpatwant Singh Pannun, who leads Sikhs For Justice, the driving force in the campaign for a referendum on Sikh independence.

Although he claims to lead a movement for “human rights,” Pannun has unblushingly sided with China in its border dispute with India and recently wrote to Pakistani Prime Minister Imran Khan, swearing that, “if India ever attacked Pakistan, the Pro-Khalistan Sikhs will extend full support to Pakistan.”The prime minister was surely touched. But, in truth, the Khalistan movement would be of very little use in a conflict, given the lack of support it commands even in Punjab — the only Indian state with a Sikh majority. There are good reasons for this.

According to an official count by the Punjab Police, the 12 years of Sikh insurgency ending in 1993 were scarred by hijackings, stabbings, shootings and bombings which took a staggering 21,469 lives — and most of the victims, whether civilian, police or separatist fighters, were Sikh. Fourteen hundred Punjab policemen were murdered, along with many of their family members. Farmers, judges, teachers, journalists, bankers who lent to the wrong people, and delivery men who brought the wrong newspapers were all butchered.

Much of the violence was driven by groups of puritanical Sikh fundamentalists who demanded strict religious observance and killed, with equal zeal, both Hindus and Sikhs deemed insufficiently devout. When a schoolteacher failed to ensure that her students wore proper religious dress, she was shot dead. When the Babbar Khalsa decreed that family planning was forbidden for Sikhs, seven doctors who defied the order were all murdered.

The scale of the bloodletting, among many other things, renders darkly absurd the “Truther” theory, often advanced by separatists in Canada, that it was not Talwinder Parmar but the Indian government that blew up Air India Flight 182. It was a false-flag operation, they say, to make the separatist cause look bad. Never explained is why the deaths of a few hundred Canadians would make the separatists look bad, if the deaths of many thousands of Indians did not.

But even this brief summary of the slaughter, and the one before that, and the one before that, leaves little cause to wonder that the great majority of Sikhs have no appetite for another independence struggle. Every household knows that the blood-soaked effort to create Khalistan was an economic disaster for Punjab, once known as the prosperous “breadbasket” of India. Add to this dismal past the fear that in the future, an independent Khalistan seems most unlikely to be truly independent — of Pakistan.

Terry Milewski is the former senior correspondent at the CBC.