Learning from Taiwan’s push to diversify trade away from China: Scott Simon for Inside Policy 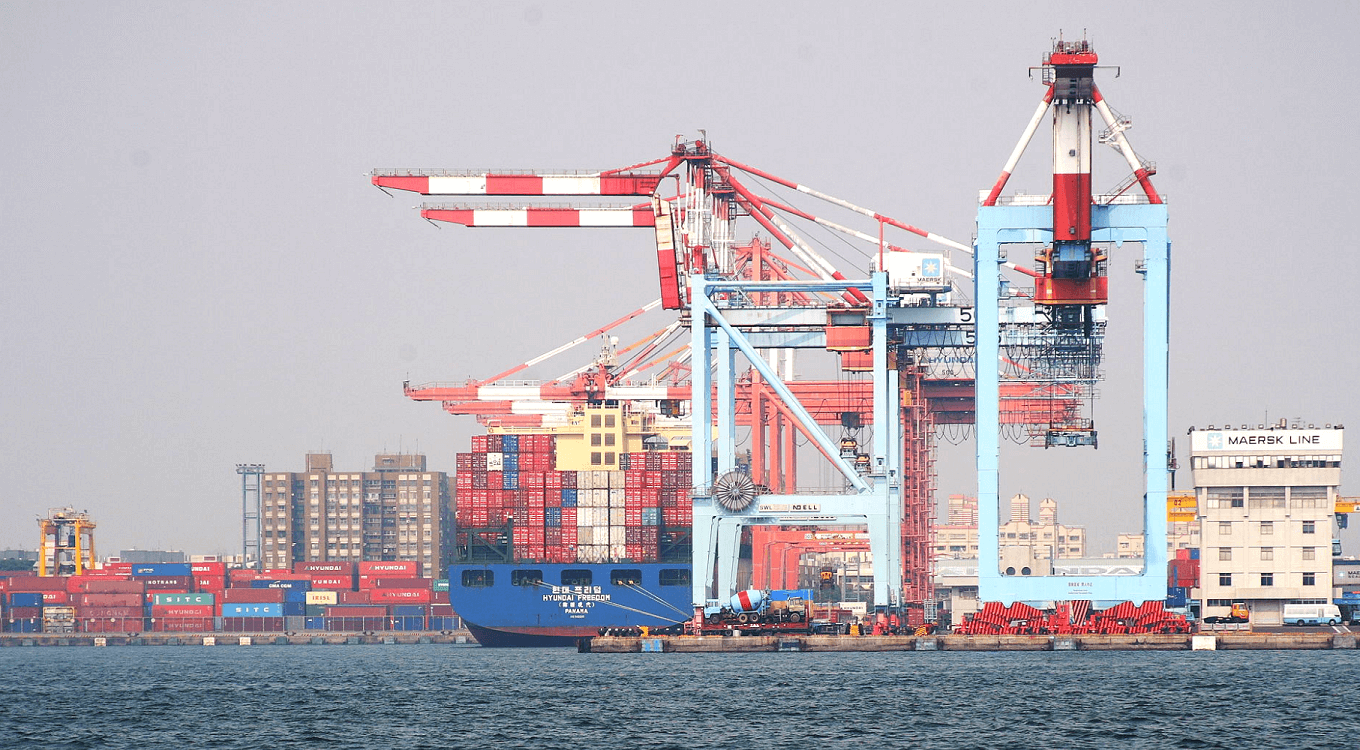 Rather than cozying up to non-market economies, Canada should support Taiwan’s inclusion in the Comprehensive and Progressive Trans-Pacific Partnership, writes Scott Simon.

Trade diversification seems increasingly important to Canada, especially after US President Donald Trump’s heavy-handed negotiations on the new US-Mexico-Canada Agreement (USMCA). In what some observers called a “poison pill,” Article 32.10 requires any party to consult with the others prior to negotiating a Free Trade Agreement (FTA) with a “non-market economy.” It also permits termination of the USMCA or replacement with a bilateral agreement if needed in such cases.

Concerned that they may be the targeted non-market economy, Chinese diplomats immediately expressed concern. The Chinese Embassy condemned the veto clause while Foreign Minister Wang Yi requested that the Canadian Foreign Minister Chrystia Freeland push for “a China-Canada free trade zone.” Inevitably, there will be Canadian voices clamouring for an agreement with China as an alternative to dependence on US markets.

Economic integration with China also has its perils, which is why China’s closest neighbour — Taiwan — is trying to extricate itself from three decades of expanding Foreign Direct Investment in China. Taiwanese companies in such industries as consumer electronics and footwear use complex cross-straits production chains to capture the relative advantages of labour-intensive production in China with capital-intensive work in Taiwan. These practices have contributed to China’s economic development, while removing the most polluting industries from Taiwan, but they also expose Taiwanese firms to Chinese political influence and greater economic risk in the event of recession or trade war.

Taiwan is actively seeking to diversify trade. Shortly after President Tsai Ing-wen (Democratic Progressive Party) took office in May 2016, the Taiwanese government launched the New Southbound Policy (NSP) to forge a sense of economic community and a consensus for cooperation with other countries in the Indo-Pacific. Taiwan’s NSP targets all the countries in the Association of South East Asian Nations (ASEAN), plus India, Pakistan, Bangladesh, Sri Lanka, Bhutan, Nepal, Australia and New Zealand. The strategy looks beyond trade to people-to-people exchanges in education, culture, and tourism. Taiwan, which already has free trade agreements (FTAs) with Singapore and New Zealand, is largely building on established diplomatic ties.

Diversification from China is a matter of survival for Taiwan as a free and democratic country. China is quite clear in its strategy of using economic incentives to entice Taiwanese business leaders to support its geopolitical ambitions. Leading Taiwanese industrialists have been coerced into making public statements in favour of “unification.” Just after President Tsai was elected, moreover, China cut off the spigot of tourist groups to Taiwan. Taiwan has since replaced that business with even larger numbers of tourists from Japan, South Korea, and Southeast Asia. In turn, China has lured away some of Taiwan’s few remaining official diplomatic allies, forced foreign companies to identify Taiwan as part of China on their websites, and made shows of military strength off Taiwan’s east coast.

According to a report by the Brookings Institution, Taiwanese investment in the six largest ASEAN economies grew by more than 25 percent over the first year of the NSP, and doubled in India. The NSP has also seen increased incoming investment to Taiwan from the target countries, as well as increases in tourists and foreign students. The NSP thus deepens people-to-people ties, while establishing Taiwan as an indispensable independent actor in the region.

Chinese and International Reactions to the NSP

China has strongly protested some of the bilateral initiatives of the NSP.  In December 2017, after India and Taiwan signed a Memoranda of Understanding (MOU) on Industry Cooperation, the Chinese Communist Party mouthpiece Global Times warned that the move “is again testing Sino-Indian ties, and is harmful to both sides in the long run.” Beijing also protested when the Philippines signed a bilateral investment agreement with Taiwan. China’s actions are almost an undeclared embargo against Taiwan, which already has independent trade relations with these and other countries as part of the World Trade Organization (WTO) and the Asia-Pacific Economic Cooperation (APEC) Forum. China has already dissuaded Australia from signing an FTA with Taiwan; and is likely to also exert pressure on other countries seeking closer relations with Taiwan.

Despite such pressure, Japan and the US remain supportive of Taiwan’s initiatives. At the October 2018 Yushan Forum held in Taipei, Japanese parliamentarian Keiji Furuya stated Japan’s support for Taiwan’s eventual participation in the Comprehensive and Progressive Agreement for Trans-Pacific Partnership (CPTPP) and Interpol. US Environmental Protection Agency Principal Deputy Assistant Administrator Jane Nishida also shared lessons from US-Taiwan collaboration under the International Environmental Partnership since 2014. Across the Indo-Pacific, the US-Taiwan partnership has addressed issue of mercury pollution, e-waste, and air pollution. The NSB provides for a deepening of these relations, especially if it allows Taiwan and the US to jointly assist third countries deal with environmental problems.

What can Canada do?

In an essay published by the Macdonald-Laurier Institute, Commodore Eric Lerhe recommended making Canada’s “One-China” policy more flexible so as to permit closer collaboration with Taiwan on security and other issues. MLI Managing Director Brian Lee Crowley, calling Taiwan the “Canary in the Coal Mine” in regard to the health of a free, open and secure Indo-Pacific region, suggested upgrading Canada’s relations with Taiwan in order to counter Chinese aggression.

Perhaps the first course of action should be to deepen and strengthen the work that Canada has already devoted to the CPTPP. Following passage through Parliament and Royal Assent on October 25, 2018, the CPTPP has become Canadian law. It creates a major trading bloc of 11 countries with 495 million people and a combined GDP of $13.5 trillion; while giving Canadian firms greater access to Japan (the world’s third-largest economy). The CPTPP now includes Canada, Mexico, Peru, Chile, but also Japan, four ASEAN states (Brunei, Malaysia, Singapore, and Vietnam), Australia and New Zealand. The most glaring omission is the United States.  Trump, immediately after taking office, withdrew his country from the negotiations.

This agreement, arguably Prime Minister Justin Trudeau’s greatest diplomatic achievement, was even renamed after Canada secured a preamble that includes labour rights, environmental protection, gender equality and Indigenous rights. Last year, Canada’s FTA negotiations with China failed because China was not interested in signing an FTA that included these progressive elements. China is simply not ready to accept such practices as freedom of association and collective bargaining by autonomous unions. The same cannot be said of Taiwan.

Indeed, the goals of Taiwan’s NSP converge nicely with those of the CPTPP. Taiwan is already the world’s 20th largest economy and the 17th largest exporter. In 2016, Taiwan’s trade with CPTPP economies was valued at US$129 billion, over a quarter of Taiwan’s total foreign trade. If Taiwan were a member of CPTPP, it would be the 5th largest economy in the partnership, after Japan, Canada, Mexico and Singapore. Welcoming Taiwanese membership in the CPTPP would only solidify the gains that Canada sought in making the TPP both comprehensive and progressive. It might even get the US back on board.

Expanding the CPTPP, rather than cozying up to non-market economies that threaten their neighbours militarily and openly flaunt the rule of international law, is the kind of trade diversification we need if Canada is to contribute to a free, open, secure and progressive Indo-Pacific.