Let’s not rush to expand eligibility for medical assistance in dying: Hannah Ahrendt for Inside Policy 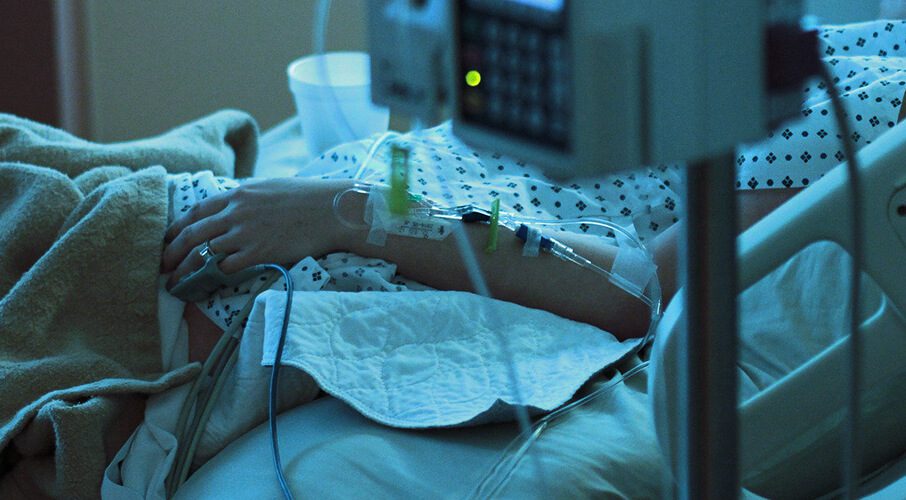 Medical assistance in dying should not be allowed for minors or in cases where mental disorder is the sole underlying condition, writes Hannah Ahrendt.

Medical assistance in dying (MAiD) has been a controversial topic since its legalization in 2016. In most of Canada, MAiD is restricted to legal adults with physical illnesses or disabilities who are nearing death; however, there is a growing sentiment among Canadians that MAiD should be permitted for minors and those with mental disorders such as dementia.

Dr. David Amies, former member of Dying With Dignity’s Clinicians Advisory Council, argues that “it is illogical and cruel to deny the mercy of MAID” to a minor who demonstrates maturity. The Alzheimer Society put out an official statement that dementia patients deserve access to MAiD.

As right-to-die activists and organizations push for the expansion of MAiD, it is important to understand the severe consequences of such a decision. In order to protect vulnerable Canadians, the option for MAiD should not be allowed in cases where mental disorder is the sole underlying condition, especially in the case of mature minors.

In June 2016, royal assent was given to Bill C-14. This bill made an amendment to section 241 (b) of the Canadian Criminal Code to allow physicians to assist in ending the life of a terminally ill patient.

Bill C-14 defined a set of criteria of eligibility for those seeking MAiD. To be approved, one must be “eligible . . . for health services funded by a government in Canada,” be at least 18 years old and “capable of making decisions with respect to their health,” and “have a grievous and irremediable medical condition.” They must also be making the request entirely of their own volition without any external pressure. Consent for the procedure must occur only after the patient has been informed of other options that are available to relieve suffering.

These conditions are limited, and for the safety of all Canadians, they must remain so.

A “grievous and irremediable medical condition” is defined as being incurable, irreversible, and causing intolerable physical or psychological suffering that cannot be relieved under conditions deemed acceptable to the patient. The patient’s natural death must be “reasonably foreseeable,” however, no prognosis need be made as to the length of time the patient has remaining.

While a mental disorder is currently not a valid reason to seek MAiD, some physicians have found a loophole.

It has recently come to light that in 2017, Alzheimer patient Mary Wilson was granted the death she requested. Her only underlying health condition was dementia. This is the first time that the MAiD law has been applied to those with a mental disorder as their only condition, which sets a dangerous precedent for putting MAiD into practice.

When we allow people whose only condition is a mental disorder to request MAiD, then we open the door for much broader requests than we are prepared for. If we agree that the psychological suffering experienced from fear of late stage dementia falls under the “grievous and irremediable medical condition” provision in the law, how do we distinguish between different forms of psychological suffering and why?

Mental disorders all cause some degree of psychological suffering. For myself, I have struggled with severe depression for most of my remembered life. I have been alive for 20 years and I have no memory of a time where I was not depressed. The first suicidal thought I can remember was when I was 10 years old. For most of my life, I had not experienced a single day where I did not think about suicide, rationalize why I was suicidal, think about ways I could commit suicide, or create/review a plan for suicide. These thoughts affected my sleep, my appetite, my ability to socialize, and my relationships with others.

Someone who is extremely suicidal also experiences intolerable psychological suffering, and yet, it is illegal to aid and abet someone who is simply suicidal. It would offend our sensibilities to allow someone who simply does not wish to be alive to end their life, but it does not bother us to allow a dementia patient access to MAiD. One might say that this is because depression is not irremediable, but in cases like mine where the depression is linked to a hormone imbalance in the brain, it can be incurable.

My depression and suicidal thoughts caused unbearable suffering and only improved with a combination of medications and therapy. However, therapy is expensive and often not covered by medical insurance. Additionally, medications can be expensive and have unwanted side effects, such as difficulty sleeping, problems with memory and concentration, and strange dreams that can be unsettling. Some can even make the patient more suicidal or have more serious side effects. Since these medications often seek to rectify a hormonal imbalance by altering serotonin levels, an overdose can potentially be deadly.

By these arguments, it would seem there is no logical reason to allow a dementia patient access to MAiD but not allow it for someone who is suicidal. Any distinction we make between the two cases is purely emotional. Though we currently find the idea of a depressed person accessing MAiD distasteful, when that shock wears off, it will become normalized. However, this is not something we should normalize.

One of the reasons for this is that mental disorders do not fall into the classification of “irremediable” as neatly as physical ailments do.

In 2016, Minister of Health Jane Philpott and Minister of Justice and Attorney General of Canada Jody Wilson-Raybould asked the Council of Canadian Academies (CCA) to review Bill C-14. The CCA put out three reports in 2018 on the three areas where MAiD is restricted.

The CCA report, The State of Knowledge on MAiD Where a Mental Disorder is the Sole Underlying Medical Condition, acknowledges that some mental disorders can be classed as treatment-resistant. Though there is no set definition for this term, it is usually applied after a variety of treatment options have been explored and none have produced the desired outcome of mitigation of symptoms. A mental disorder might also be considered chronic or incurable even if symptoms are reduced.

However, symptom reduction is only one way to measure patient recovery. A patient might regain their will to live after learning ways to manage their symptoms and live with their disorder. One can have a great quality of life even while experiencing symptoms of a mental disorder.

The need for the illness to be irremediable further complicates the issue. According to the CCA, “there is usually less stability in diagnosis, and poorer predictability in prognosis and treatment effectiveness, for mental disorders compared to the physical conditions that typically motivate MAID requests.” It is difficult to know how a mental disorder will progress and what the quality of life for the patient with the disorder will be. There is often a chance for recovery, mitigation of symptoms, and/or managing symptoms.

If Canadians want to avoid unneeded deaths of people who might not be suffering from incurable illnesses, then Canada needs to exempt those with mental disorders as their sole underlying condition from being granted MAiD.

My story brings up the intersection of mature minors and requests where mental disorder is the only underlying condition. If I, as a mature minor suffering from an incurable mental disorder, did not have access to the therapy and antidepressants that I needed, or if my depression was treatment-resistant, is it acceptable that I should be able to access MAiD?

The question we ought to consider very carefully is: do mature minors have the capacity to consent? People of all ages can make many kinds of decisions. A 5-year-old is able to make some simple decisions while a 15-year-old is able to make more complex ones. However, the decision to end one’s life in response to a serious medical condition – especially if that condition is a mental disorder – is an extremely nuanced one.

While mature minors are permitted to make some kinds of decisions with regard to their health, death is a very permanent and important decision. The prefrontal cortex – responsible for complex decision-making, weighing risks and rewards, and planning ahead – is not fully developed until the early to mid-20s. This means that the most complex decision-making parts of the brain are not fully developed until adulthood.

Further, the circumstances under which one gives consent can significantly alter the decision. It is difficult to say that someone who is suffering heavily and caught up in the emotions of their decision can properly consent to MAiD. A mental disorder is fundamentally a compromise in some respect of one’s capacity to make decisions and govern their actions, which includes consent.

If we open up MAiD to allow mature minors and those with a mental disorder as the sole underlying medical condition, then we risk falling down a slippery slope. If MAiD becomes allowed for irreversible dementia, why should we stop there? What is the barrier that will prevent us from next opening the door to requests from those with treatment-resistance depression? And what do we do if a minor requests MAiD on the basis of treatment-resistant depression?

The slippery slope argument has been used before; it was favoured among anti-MAiD advocates before Carter v. Canada in 2015. However, we have no way of knowing just how far down the slope we have fallen. Just under 7000 patients have been granted MAiD since 2016, but the details of many of these cases are not made public. As we have seen in the case of Mary Wilson, not all breaches of law are likely to be prosecuted.

In the Netherlands, where MAiD for mature minors and those with a mental disorder as their sole underlying condition is permitted, studies show there is little scrutiny to ensure capacity to consent is intact, even in cases where the mental disorder is known to reduce this capacity. This kind of neglect needs to be unacceptable to Canadians. We need to protect our fellow Canadian citizens from the abuse that broadening the criteria for MAiD can lead to.

Hannah Ahrendt is a policy intern at the MLI. She is pursuing a Bachelor of Arts degree in philosophy at Trinity Western University.