While the media was swooning over Biden, the Liberals handcuffed the internet: Peter Menzies in the Line 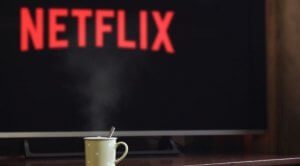 Canada's "Cancon" producers have been demanding that Netflix and the rest be brought to heel. The Liberals, and the Tories, too, are all too eager to help, writes Peter Menzies in the Line.

In order to understand where media and public attention has been the past couple of weeks, all you had to do was listen in on Monday morning’s Ottawa news conference.

Six days after Heritage Minister Steven Guilbeault had introduced ground-breaking legislation to regulate content online, Prime Minister Justin Trudeau announced more cash to bring better Internet to rural and remote communities. There were also some COVID-19 updates and something about help for agriculture.

And, of course, the questions asked by the media were about the U.S. election. What else could possibly be of interest?

Eventually there were a few inquiries about Telesat and low-Earth-orbit satellites, but you get the point: things that matter to people’s daily lives such as cable bills, data plans, Netflix, cellular service, crappy WiFi and slow Internet connections haven’t been of much interest to Canadian media lately.

So there has been a dearth of chatter about Guilbeault’s controversial plan to (my words, not his): restrict consumer choice, tax Netflix to finance certified Canadian content (Cancon) and bring to an end the greatest period of prosperity in the history of the Canadian film and television industry. Did I mention stifling innovation, increasing streaming subscription costs and scaring away investment? No? My bad. Those too.

Guilbeault has decided that the agency dedicated to defining the nation’s TV and radio diet — the Canadian Radio-television and Telecommunications Commission (CRTC) — is now going to be in charge of what you are allowed to dine on online as well. No longer will you be able to manage your preferences. No more popcorn and candy for you. Going forward, Cancon spinach and broccoli will be on your plate every evening. Breathtakingly, Guilbeault has “modernized” communications legislation by giving authority over the Internet to something called a “radio-television” commission by using something still called the “broadcasting” act.

For people like me, who think the government has no more business regulating streaming services than it would have had deciding what movies were displayed on which shelves in video stores, this is alarming. For some (not all — there are some good ones) in the media it appears of no concern at all. Indeed, how could they oppose this hamfisted bid to, as Guilbeault puts it, “get money from web giants” when they are themselves lobbying for the same in a desperate bid to be rescued from their employers’ inability to adapt to technological change. Just last weekend the union representing most newsrooms, UNIFOR, declared in a bold advertisement that the employers of its members deserve a percentage of Google’s $230 billion in revenue (if this works, by the way, we should all give it a go).

But that gag is still to come. Here’s the summary of how we got to where we are.

The CRTC oversees broadcasting systems in both English and French and its purpose is to save the nation and its creative industries from being overwhelmed by American news and entertainment products. The Broadcasting Act makes no mention of consumers, so let's be clear: this isn’t about you. Through its licensing process the CRTC obliges cable and TV companies to pay money into funds to which program producers apply for money to make shows the TV companies then broadcast in order to meet the CRTC’s Cancon requirements. Two-thirds of that money goes to English-language programs; one-third to French. The CRTC works to make sure everyone in the system — large companies, producers, actors, the writers’ guilds, etc — gets a sustainable piece of the pie. Once you belong, you are fed and watered.

But just as video stores offered people a TV entertainment option outside of this system, companies like Netflix (and others) have given people the freedom to watch what they want, when they want and how they want. Many in the system — and there are some wonderfully smart and talented people in this group — have feared for 25 years that the Internet would be the death of them. They were wrong: the Internet was the death of video stores.

In fact, they were so wrong that many of them got rich and about 24,000 other Canadians started earning a living creating content for YouTube (which will also be regulated). Streamers like Netflix invested and from 2010 through 2019 Canada’s film and television industry grew by 80 per cent to a little more than $9 billion in all sectors, including certified Cancon. Money poured into the country.

But vested interests gotta vest. Cable revenues stayed pretty flat and companies such as Bell and Rogers didn’t think it was fair that they had to share their audiences with streamers. Meanwhile, there was rising alarm based in the Montreal creative community that its sumptuous share of the pie might decline in response to the nation’s shifting demographics (only 22 per cent of us now speak French in the home). They joined the cable companies in convincing the government to handcuff the Internet and, with it, you.

In response, the Conservative opposition bravely said that … Guilbeault chickened out by passing the final decision to the CRTC. A Conservative government, we are left to assume, would be far more aggressive when it comes to getting money from the web giants, stifling consumer choice and quashing innovation and investment in order to satisfy a small group of people.

That’s what happened while you were distracted. Enjoy your spinach..

Peter Menzies is a senior fellow at the Macdonald Laurier Institute, past CRTC vice chair and a former newspaper publisher.