The long reach of the Chinese Communist Party transcends borders and time as it tries to erase the past and dictate the future: J. Michael Cole in the Star 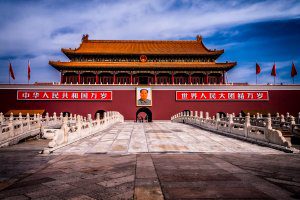 As the anniversary of the Tiananmen Square Massacre arrives, it is important to remind ourselves of the nefarious impact that a revisionist China is having on facts, writes J. Michael Cole in the Star.

As the anniversary of the June 4, 1989, Tiananmen Square Massacre arrives Friday it is important to remind ourselves of the nefarious impact that a revisionist China is having on facts — how they are memorialized, and how they are represented in the present.

In general, countries that claim or aspire to superpower status should have enough confidence in their national narrative that they need not resort to outright lies and censorship to make their case, both to the world and to their own people. At the very least, such countries should be confident enough to allow for investigations into, and when needed the criticism of, the stories they tell about themselves.

In contrast, the Chinese Communist Party (CCP) systematically resorts to moral equivalence, usually targeting the United States but also other powers like Britain or Germany, to deflect all criticism of its behaviour, domestically as well as internationally.

What separates other world powers from China, though, is the fact that while all have past histories of colonialism and terrible abuse, those blemishes on their national honour are exposed in books, articles, TV documentaries, and movies. In fact, quite often the journalists, authors, and producers who generate such exposés are rewarded with awards and otherwise celebrated.

The CCP will have none of this. Although it purports to offer a better model of governance than liberal-democracy, it countenances no criticism — not from its people, and not from outside. At home, it censors, detains, intimidates, shuts down and rewrites to serve its political aims. The Chinese authoritarian model is primus inter pares, the party tells us, yet it cannot brook its citizens learning about other models or proposing alternatives without risking their personal safety and that of their family members. It cannot even allow for the possibility of an alternative political system.

Online, the CCP’s minions swarm all critics, using both false moral equivalences and disinformation to create a world in which factuality no longer exists. Everything is a matter of opinion. Beijing’s critics, they add, do not understand China by virtue of not being there physically, ignoring the inconvenient fact that, with increasing frequency, the Chinese regime has expelled academics and journalists whose output contradicts China’s official narrative. China does no wrong. It is a victim whose defensive actions cannot victimize.

The regime seeks to control the present and future by revising the past or erasing it altogether. More troubling yet is the fact that some organizations and companies are instrumental in perpetuating the cognitive cage that the CCP wants to put us all in. More and more, social platforms like LinkedIn are giving in to conditions set by Beijing as a quid pro quo for access to the Chinese market.

Just this week, this author was informed by LinkedIn that “due to the presence of prohibited content located in the Publication section of your LinkedIn profile, your profile and your public activity, such as your comments and items you share with your network, will not be made viewable in China.”

It then adds, risibly, that, “We will work with you to minimize the impact and can review your profile’s accessibility within China if you update the Publication section of your profile.” The publications in question pertained to Taiwan, Hong Kong, democracy, Chinese belligerence and the impact of its “sharp power” on democratic institutions worldwide. Without doubt, any “update” would consist of self-censorship.

Other global institutions, meanwhile, are now complicit in the CCP’s attempt to rewrite past records. One Asia-based organization recently insisted that the word “Taiwan,” in the title of an article published a quarter of a century ago, be changed to “Taipei, China” in the reference section due to “strict guidance on such matters.” Academic and scientific publishers, meanwhile, have agreed to remove references, and sometimes entire articles from their catalogues, on subjects that Beijing deems “prohibited.”

China is undoubtedly becoming more powerful, but such power does not automatically translate into self-assurance. As a result, it wields power with immaturity, unrestricted by reason and experience, deaf to the counsel of wisdom that can be found both within China and abroad. This is a very dangerous thing and serves as a reminder that we assume predictability and rationality on the part of the CCP at our own peril.

J. Michael Cole is a Taipei-based senior fellow with the Macdonald-Laurier Institute.