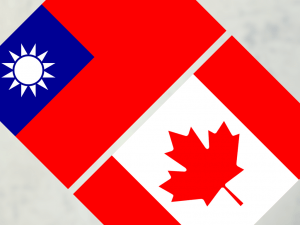 Taiwan president Tsai Ing-wen’s visit to Los Angeles last week represents the first time a Taiwanese leader has spoken publicly in the United States in several years. And her tone was strident, as she boldly declared, “no one can obliterate Taiwan's existence."

Her visit comes at a time of growing Chinese efforts to curb the island’s diplomatic presence abroad, not to mention provocative military exercises, including China deploying missile-armed bombers for “Island Encirclement Patrols” around Taiwan.

Fortunately for Tsai, relations between Taipei and Washington have also grown closer – one of the few consistent foreign policy trends to arise under the Trump administration.

Last year, Trump signed the 2018 National Defense Authorization Act allowing for US naval port visits to Taiwan. This was followed earlier this year with the Taiwan Travel Act, which despite the Chinese Embassy rashly warning Congress not to pass it, encouraged even higher-level military and government official visits to Taiwan.

And, just before Tsai’s visit, the US 2019 National Defense Authorization Act was also approved, which included provisions to strengthen Taiwan’s armed forces and expand military-to-military engagement and joint training.

Given this trend of improving Taiwan-US ties, it seems prudent to ask what Canada has been doing when it comes to reaching out to Taiwan. And the sad truth of the matter is…not much. In fact, Canada has largely continued its decades-long caution on all aspects of its very limited relationship with Taiwan, due to an especially strict interpretation of its own “one-China” policy – one that Liberals and Conservatives alike have been quick to follow.

Canada has largely continued its decades-long caution on all aspects of its very limited relationship with Taiwan.

When Taiwan suffered a major earthquake in 2018, the Canadian government’s condolences were issued by the Canadian Trade Office in Taipei via a Facebook entry. And Canada’s response to Beijing’s demands on Air Canada, which was forced to amend its website to now incorrectly refer to “Taipei, Taiwan, CN,” was to dismiss the issue as a commercial matter.

Some of the rules regarding Taiwan may have even been tightened. Rather than no ministerial visits to Taiwan, today’s interpretation is frequently that no Canadian official at all should venture there. Even the Foreign Affairs office dealing with Taiwan was labelled the “Greater China Division,” a name even Beijing would have problems improving.

Of note, Canada did take a tentative step earlier this year in loosening its otherwise rigid one-China policy – by voicing support for Taiwan’s inclusion in the World Health Assembly, where Canada was joined first by New Zealand and later by Germany, Japan, Australia, the US and others.

Rather than viewing it as an isolated incident, Canada would do well to expand on this initial step and increase its contact and cooperation with Taiwan, especially when it comes to security cooperation. A number of areas of potential cooperation can be identified.

Canada could take the lead in pushing for Taiwan’s inclusion in multinational military exercises like the Rim of the Pacific exercise. Canada already conducts regular naval transits with its allies and partners in the South China Sea, which could eventually be expanded to include exercising with Taiwan.

Given Taiwan’s plans to upgrade her conventional submarines, Canada is in a strong position to support the Netherlands and the US in such efforts owing to our own extensive experience with this sort of submarine upgrading.

And cooperation with Taiwan doesn’t need to be limited to security. For instance, Japan’s Cabinet Secretary recently suggested Taiwan could join the second round of the Trans-Pacific Partnership (later rebranded as the Comprehensive and Progressive Trans-Paciifc Partnership). Canada, one of the other original members of the agreement, should be prepared to publicly support this, too. Canada can also join with its allies to press for Taiwan's membership in the World Health Assembly and World Health Organization.

As Canada’s experience at the 2018 World Health Assembly revealed, there are at least five Western nations ready to ally and confront China when its conduct is particularly egregious. Canada needs to support this group.

The other option is do nothing, and acknowledge that Canada, a respected middle power, is ready to, however briefly, cease defending the rules-based international order that has protected it and allowed it to prosper since the Second World War. Ultimately our government would then have to consider the Economist’s 2015 warning that a state that does not stand up for those values “will inherit a world that is less to its liking”.

Dr. Eric Lerhe, a Munk Senior Fellow at the Macdonald-Laurier Institute, is author of an forthcoming MLI paper on Canada’s one-China policy.