Loss of Solomon Islands is no significant blow to Taiwan: J. Michael Cole in the Nikkei Asian Review 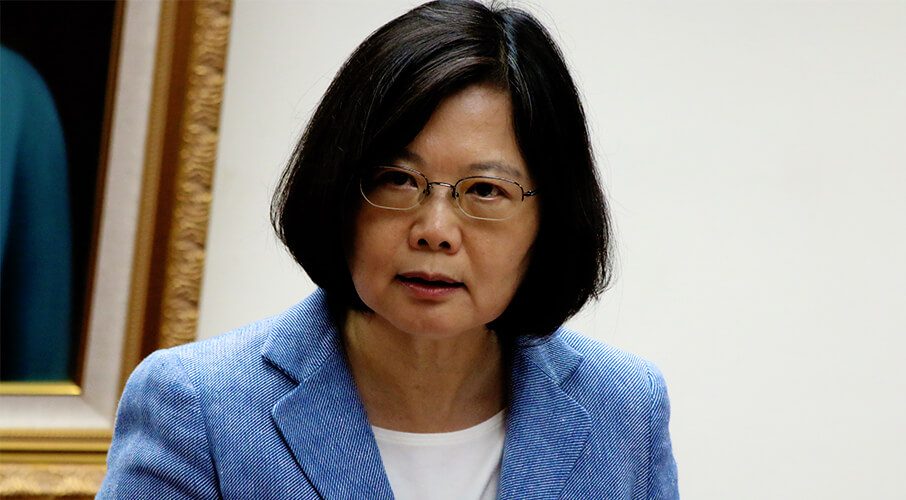 When it seemed like the Solomon Islands, one of Taiwan's few diplomatic allies, was going to switch its allegiance to the People's Republic of China, Taiwan decided to leave before it was left.

On Monday, it severed diplomatic ties with the Solomon Islands after members of parliament in the islands' capital, Honiara, voted to establish relations with China. Taiwan now finds itself with just 16 official diplomatic allies worldwide, five in the South Pacific, an area of growing strategic competition between the U.S. and China.

But the loss of the Solomon Islands, along with other recent defections -- and defections sure to follow -- does not undermine Taiwan's ability to exist as a de facto country. Its constructive ties with significant economies and democracies, the main focus of President Tsai Ing-wen's administration, are much more important. Moreover, the move may backfire on China.

From 2008 to 2016, under a more China-friendly government in Taiwan, Beijing and Taipei had agreed upon a "diplomatic truce," a period during which China did not poach allies of Taiwan.

There had been speculation for months over the Solomon Islands' move, fueled by a recent visit to Beijing by a task force charged with assessing a possible diplomatic switch. Described as pro-Beijing by journalists and civil society in the Solomon Islands, the task force met Li Xiaolin, head of the Chinese People's Association for Friendship with Foreign Countries.

Six countries -- including Panama and Burkina Faso -- have now severed official ties with Taiwan since Tsai, whose party is against unification with China, took office in May 2016. The poaching of allies has been part of Beijing's strategy to punish Taiwan for its refusal to embrace Beijing's "one China" framework and other conditions set by the Chinese regime.

As with previous instances, reactions in Taiwan on Tuesday night were resignedly calm. Many had seen the blow coming, reassurances by the government notwithstanding.

In a news conference, Taiwan's Foreign Minister, Joseph Wu, announced that Taipei's preemptive move to severe ties with the Solomon Islands was meant "to maintain the nation's dignity."

The loss of small, impoverished countries as allies will have little real impact on Taiwan's independence. Over the past three years, Taiwan has compensated for losses -- three in four months at one point -- by deepening ties with major democracies and economies, albeit at the unofficial level, and enacting a New Southbound Policy that has boosted exchanges with Southeast Asia.

Taiwan's tourism industry has continued to prosper, and economic data show growth at levels similar to those experienced when Taipei had a friendlier relationship with Beijing.

While official diplomatic allies can vote in Taiwan's favor at the U.N. General Assembly, they are insufficient in number to make much of a difference. Having 16 or just a handful will not have any substantial impact on Taiwan's sovereignty.

For the opposition, this development provides the ammunition it needs to argue that Tsai's cautious approach to China is undermining Taiwan's international space. No doubt her main opponent in next January's elections, Han Kuo-yu, will use this to support his contention that getting closer to China is in Taiwan's best interest.

Whether the loss of the Solomon Islands this close to the elections will affect Tsai's chances of being reelected remains to be seen. Moves by Beijing to interfere in Taiwan's democratic process have backfired before and could well end up bolstering Tsai's image.

This is particularly true as the crackdown in neighboring Hong Kong rages, a crisis which underscores the dangers of playing into Beijing's demands.

The psychological blow that could result from the poaching of yet another ally, meanwhile, was felt mostly by the Taiwanese diplomats who, for months, had attempted to salvage the situation.

The Taiwanese public understands that Taiwan cannot hope to compete with China on the amount of financial investment it can offer to small countries, known as dollar diplomacy, which has helped to win over allies. Whether the money Beijing has promised in return for diplomatic recognition arrives is another matter.

The loss of small, investment-hungry countries run by regimes that are often unaccountable, if not corrupt, was therefore practically inevitable.

Moreover, as with other strategically important countries that, since 2016, have abandoned Taiwan, it is clear that broader geopolitics played as important a role in Beijing's calculations as the desire to punish the Tsai administration.

In the Solomon Islands' case, the aim is to undermine the U.S.'s strategy in the Indo-Pacific and extend China's influence closer to the U.S.'s defensive line in the Western Pacific.

Given the global chess game Beijing is playing with Washington, there is very little, if anything, Taiwan could have done to ensure a different outcome. Blaming the Tsai administration would therefore be invidious, as Beijing likely would have made a similar move even with a friendlier counterpart in Taipei.

J. Michael Cole is a Taipei-based senior fellow with the Global Taiwan Institute in Washington, D.C., the Macdonald-Laurier Institute in Ottawa and the Taiwan Studies Program at the University of Nottingham, UK.