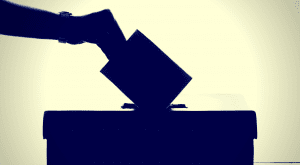 In this election, Canadians should especially focus on economic policies because much is at stake in the future with the challenges ahead of us, writes Jack Mintz in the Financial Post. Below is an excerpt from the article, which can be read in full here.

Like many Canadians, I wonder why we are having a $600-million federal election when the governing party has little trouble with support drawn from the like-minded NDP. It was particularly ironic that the election call was made on an attention-grabbing day with turmoil in Afghanistan, leaving Canadians and allies remaining there in peril with the rapid Taliban takeover. Shouldn’t a government be focused on an emergency like this rather than engaging in an election that few want?

Be that as it may, this election could be a turning point if Canadians think deeply about Canada’s economic direction. As I have written in the past several months, Canada’s economy has performed poorly since 2015. Per capita economic growth has been declining but especially so in the past five years — in fact, the five-year average was negative for the first time since the Great Depression. Our business investment performance has been one of the worst amongst OECD countries since 2015, a conclusion also reached in C.D. Howe Institute and Fraser Institute reports. As we recover from the pandemic-induced recession, the supply-shock has led to stagflation. Many Canadians are facing long-term unemployment while post-pandemic government spending is fanning the inflation tax.

On top of this poor economic performance, federal and provincial governments have taken on almost a trillion dollars of net public debt since the fiscal year 2015-16. The federal deficit won’t be balanced for another half century assuming existing policies continue.  Provinces, responsible for health and education expenditures, have unsustainable fiscal policies while the federal government loses its fiscal firepower should future economic crises arise.