“Eric and Duanjie bring unique experiences to their role as fellows at the Macdonald-Laurier Institute,” noted Dr. Crowley. “Their addition will further strengthen MLI’s thought leadership on how to best respond to the strategic, military and economic pressures in the Indo-Pacific.”

Dr. Chen, an expert on free markets and economic and tax policy, is a well-respected independent scholar. For nearly three decades, she served as a consultant to governments and international organizations. She’s an expert on the People’s Republic of China and its economic and investment policy. She has authored articles for MLI on trade diversification and the Chinese proposal to purchase Aecon. 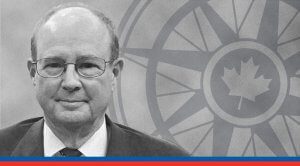 Cmdre Lerhe served in the Royal Canadian Navy for 36 years with his last post as Commander Canadian Fleet Pacific. After completing his PhD in 2012, Dr. Lerhe continues his research in security and defence issues as an independent scholar, and has written widely on maritime strategy, NATO, and Indo-Pacific security – most recently at MLI with an article on Canada’s passive approach towards China.

“With tension on the Korean peninsula, and growing Chinese strategic and economic ambitions, Canadians want answers about how their government should respond,” added Munk Senior Fellow Shuvaloy Majumdar, who leads MLI’s Centre for Advancing Canada’s Interest Abroad. “Drs. Lerhe and Chen will help us provide those answers.”

“It’s an honour to join MLI – one of the few Canadian think tanks that recognizes the challenges posed by the rise of the increasingly authoritarian China,” said Dr. Chen.

Duanjie Chen and Eric Lerhe bring a wealth of practical and scholarly experience to their Munk Senior Fellow roles. Based in Arlington, VA and Halifax, NS respectively, they will expand the reach of MLI’s work on economic and security issues in the Indo-Pacific.

“I look forward to moving the national conversation on what Canada’s role should be in the Indo-Pacific,” added Cmdre Dr. Lerhe.