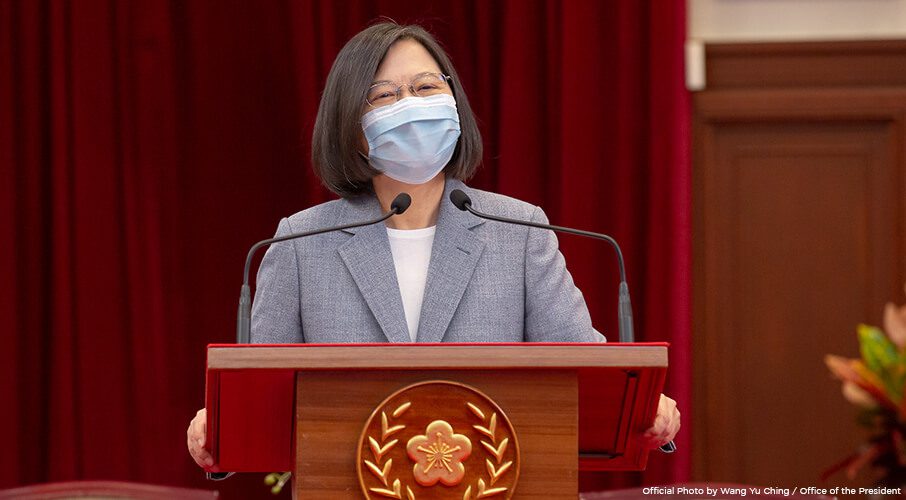 OTTAWA, ON (May 4, 2021): The Macdonald-Laurier Institute extends its congratulations to Taiwanese President Tsai Ing-wen for being awarded the John McCain Prize for Leadership in Public Service by the Halifax International Security Forum (HFX).

As HFX president Peter Van Praagh rightly noted, President Tsai is “an inspiration and example to freedom-loving people everywhere,” specifically citing her fortitude in standing up to threats against Taiwan from the Chinese Communist Party.

MLI has long argued that Taiwan stands as the vanguard of democracy in the Indo-Pacific region, and conferring this award on President Tsai reaffirms that fact. Under her leadership, Taiwan has also been a global leader in combatting the COVID-19 pandemic, dispelling disinformation, and supporting the shared values that underpin the rules-based international order.

As MLI Senior Fellow Scott Simon has argued, Canada needs partners that share our values, are willing to stand up to counter China’s aggression, and are helping advance our interests. Across the realms of trade, international multilateral forums, human rights, and much more, Simon writes that “Canada and Taiwan need each other. It’s time that our side wakes up to that reality.”

MLI would also like to congratulate HFX for standing by its principles in making a reportedly controversial choice. It is crucial that think tanks, non-governmental organizations, and other civil society groups be able to freely determine their own priorities without interference.

“As the world slowly awakens to the risks and costs of embracing authoritarian China, more countries will be willing to engage Taiwan,” a country which Cole describes as “an economic powerhouse and frontline state in the brewing battle of ideologies that pits the CCP and other despotic regimes against a fledging alliance of democracies.”

MLI experts are available to comment on Canada-Taiwan relations and the need for leading think tanks and non-governmental organizations to retain their independence from political interference. To connect with an MLI expert, media are invited to contact: