MLI's Second Justice Report Card: Ontario Most Improved while BC and Quebec Drop in Rankings 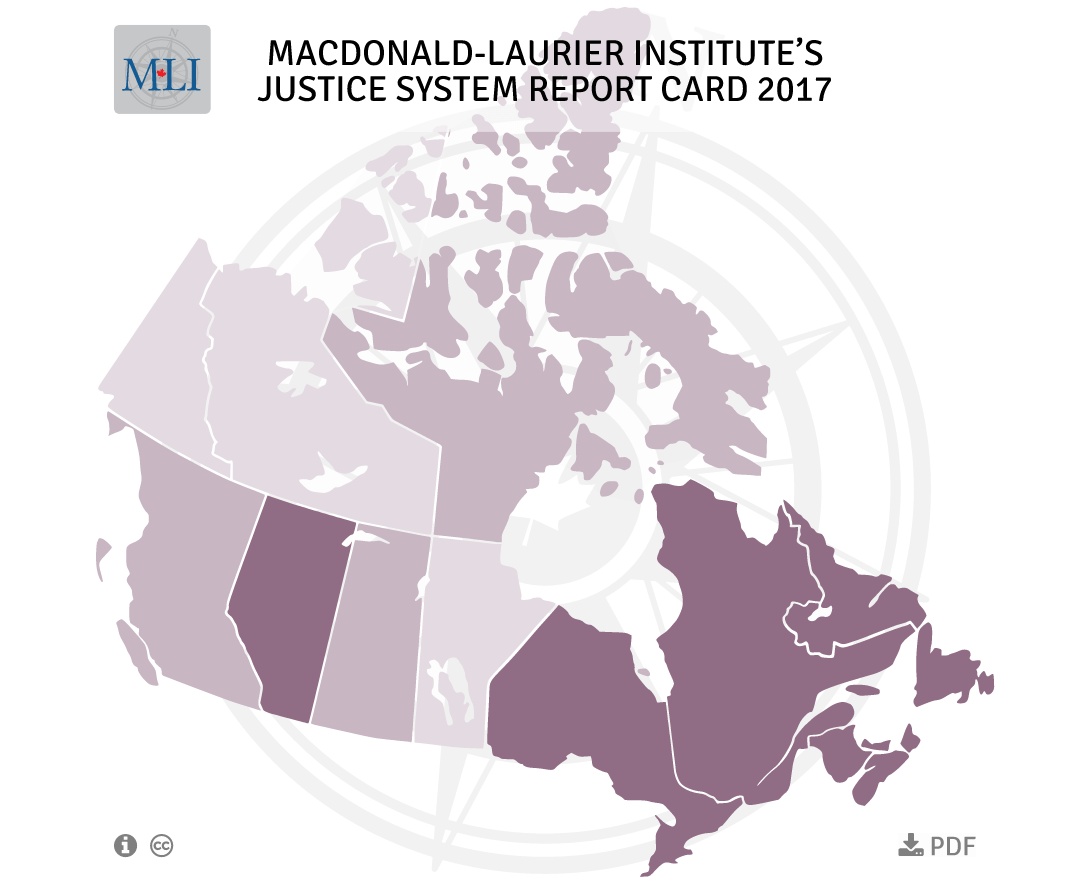 The Macdonald-Laurier Institute has released its second-edition Report Card on the Criminal Justice System, which brings these issues to light using quantitative data and a systematic approach to measuring the strengths and shortcomings of the criminal justice system in each province and territory. The report, co-authored by economist Richard Audus, enhances and updates MLI's popular initial Justice Report Card, first launched in 2016. The findings are striking.

In addition to updating provincial grades, the second Justice Report Card examines nationwide statistics to explain how Canada is doing as a whole.

"Nationally, there are some positive trends, including declining crime rates, fewer police officers required per capita, and rising criminal legal aid expenditures per crime," said Perrin. "However, it is concerning to see worsening rates of police solving non-violent crimes, rising costs, and significant over-representation of Indigenous people in prison."

The assessment of each province and territory's criminal justice system is based on five major objectives: public safety, support for victims, costs and resources, fairness and access to justice, and efficiency. There is a significant variation between provinces in performance on these indicators. Some of the highlights of the report include: