Much has changed in past four years – are Liberals fit for challenges ahead?: Linda Nazareth in the Globe 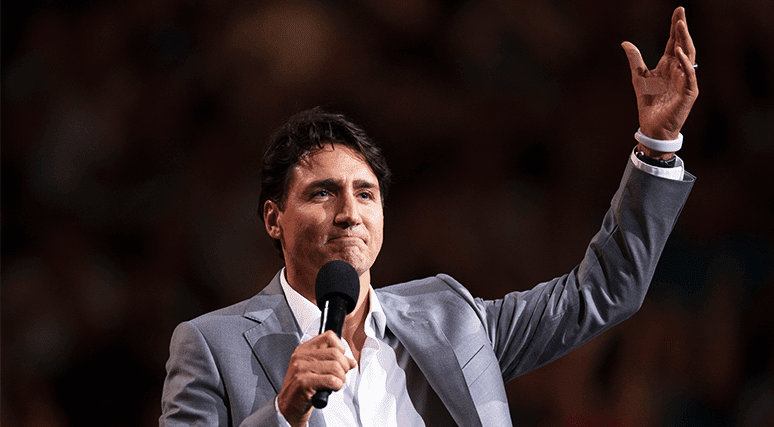 The government will have to take the problems of a new world and a new economy in stride, writes Linda Nazareth.

As the new-old government takes office, they will be doing so against the backdrop of a much different economic environment than they have enjoyed over the past four years. Or to put it more bluntly, the past four years are likely to soon seem like a piece of cake as the global economic environment shifts and the markets look at the new government with something approaching suspicion.

Let’s come right out and say it: The next year could bring us a recession in North America. Oh, things overall in Canada may not be that dire right now (although Albertans might disagree), but the global economy is showing troubling signals.

With a trade battle between the United States and China still raging, the International Monetary Fund recently published a sobering warning about the possibility of a “synchronized slowdown,” a situation in which all of the large economies in the world sink at the same time. China’s economy is growing at the slowest pace in 30 years, while in the US the 123-month-long economic expansion is looking a little tired. The New York Federal Reserve’s Recession Probabilities Model (which is based on the yield curve) puts the odds of a recession over the next year at 34.8 per cent, which is, at the very least, alarmingly high.

If the global economy does go down, Canada will be hit by lower demand for our exports and lower prices for our commodities. Then, as the effects of that seep through the economy, pressure will be on the federal government to do something about it – and fast. Up to now, everyone has been looking to the Bank of Canada to do the heavy lifting regarding economic stimulus, which works well enough up to a point. However, once things slow more significantly, lopping a bit off already-low interest rates is unlikely to be enough. As the IMF said in its report, in the case of a slowing world economy, "Monetary policy cannot be the only game in town.”

So expect the next couple of federal budgets to be even more expansionary than we have become used to. Indeed, they may need to be jam-packed with goodies such as tax cuts, new program spending and special incentives to industries. It all sounds kind of fun, except it will put off balanced budgets even further into the future. Canada’s debt is projected to increase by $32-billion over a second Liberal term but, if the economy sours and deficits widen, that could turn out to be a woefully low estimate.

But, for a moment, let’s ignore the possibility of a recession. More immediate will be the markets’ reaction to the new government, which may be heavily influenced by the NDP, a party the markets see as being ideologically socialist in orientation. Any skittishness about what new policies might do to the Canadian economy will no doubt be reflected in a lower Canadian dollar and perhaps upward pressure on market interest rates as a risk premium gets baked in. Ultimately, that could mean an increase in the cost Canada pays to borrow abroad and the beginning of a whole new ugly spiral into higher debt-service costs.

Still, as unsettling as the picture for the near term may be, the deeper challenges for the second Liberal term will actually come from a world that is dealing with the exponential changes emanating from the Fourth Industrial Revolution. The past four years have represented the easy part of it, a world where toasters started to talk and online ordering made it easier to get your latte. Over the coming four years, as cyber-physical systems and artificial intelligence go mainstream, industries and employment will be hit in a much more profound way.

Although Canada has had some success in bringing in jobs around tech, we are woefully unprepared to deal with the fallout from some of the less-positive changes that are ahead. Creating a new, skilled, adaptable labour force is a long-term project and one that is going to be more difficult than putting a tax credit or two into the next budget.

Given what lies ahead, it could well be that the new-old government looks back on the period from 2015 to 2019 with nostalgia, a halcyon time when record numbers of jobs were created and the unemployment rate slipped to generational lows. But now the government will have to take the problems of a new world and a new economy in stride, hopefully while implementing policies that work in the short and long term.

Linda Nazareth is a senior fellow at Macdonald-Laurier Institute. Her book Work Is Not a Place: Our Lives and Our Organizations in the Post-Jobs Economy is now available.