NATO has bigger problems than Donald Trump: Christian Leuprecht in the Globe and Mail 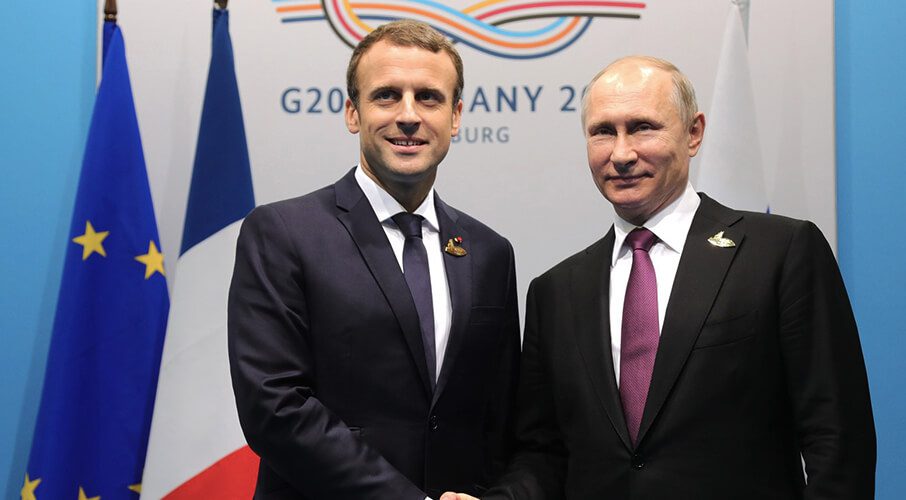 To get his way on European defence, Mr. Macron seeks to undermine NATO as a viable alternative. For France to gamble on collective defence is indefensible, writes Christian Leuprecht.

November 9 marked the 30th anniversary of the fall of the Berlin Wall, and the beginning of the end of the Cold War.

The conclusion that democracy, liberalism, and capitalism had won proved to be premature. As NATO celebrates its 70th anniversary this year, we are reminded not only of its contribution to bringing down the wall by containing the Soviet threat, but its continued utility in preserving peace, security and prosperity.

But less than a month out from the NATO allied leaders’ summit in London, the transatlantic alliance is confronting its greatest threat: from within, not without. For a change, though, it’s not U.S. President Donald Trump at the heart of the controversy, but French President Emmanuel Macron, who recently quipped that NATO is “brain dead,” and Turkish strongman Recep Tayyip Erdogan.

While its geo-strategic position makes it crucial to NATO, Turkey’s behaviour has long been problematic. Earlier this year, Turkey purchased the S-400 missile system from Russia, leading the United States to halt the sale of the F-35 combat aircraft to Turkey: The fear is that the S-400 will allow Russia to read the radar signature of the F-35.

Then, in his singular obsession with the apparent Kurdish threat, Turkey invaded a neighbouring country, in brazen violation of international law and the rules-based order NATO claims to defend. Mr. Erdogan’s actions in northern Syria are so corrosive to the alliance that Germany is now warming up to the idea of just the sort of internationally controlled security safe zone along the Turkish border that Mr. Erdogan has long advocated. However, Mr. Macron believes the Germans are mowing his lawn: he feels they are plagiarizing the idea of a safe zone, for which the French President likes to take credit.

To this end, Mr. Macron is capitalizing on political weakness in Germany, Britain, and Italy. The jig has worked repeatedly. He got his way on his preferred candidates for the presidency of the European Commission and the International Monetary Fund. He knows that German Chancellor Angela Merkel is greatly constrained in her ability to rein him in for fear of emboldening the electoral chances of the Front National.

To get his way on European defence, Mr. Macron seeks to undermine NATO as a viable alternative. His comment about NATO being “brain dead” was a jab at Mr. Trump. Yet, Macron’s criticism of Mr. Trump is duplicitous. NATO has several budget lines. One is known as common funding. It pays for NATO’s principal budgets: the civil budget (ie: NATO HQ running costs), the military budget (costs of the integrated command structure) and the NATO Security Investment Programme (military capabilities).

All 29 member states contribute according to an agreed cost-share formula, based on Gross National Income. As a result, the U.S. curries the greatest financial burden. The Trump administration has been leveraging Common Funding to push the case for greater burden-sharing, insisting that the U.S. not pay more than the second-largest contributor: Germany. That’s par for the course: NATO’s first burden-sharing crisis dates back to then-U.S. secretary of state John Foster Dulles, in December, 1953. Owing to decades of experience in the political art of trying to placate America, there is broad consensus among the allies to pay up – with one exception. Common funding totals about $2.5-billion, a tiny amount by NATO standards and a negligible percentage of each member’s defence budget: The impact of making up the difference amounts to about 1/100th of a percentage point change in defence spending relative to each country’s GDP. It is difficult to imagine a smaller price to pay for NATO cohesion. Still, Mr. Macron is the spoiler.

The demise of NATO would deprive Canada of its most important multilateral institution. Without this force multiplier, Canada’s standing in the world, and its ability to assert its interests, would be vastly diminished. For France to gamble on collective defence is indefensible.

Christian Leuprecht is class of 1965 professor in leadership at the Royal Military College, cross-appointed to Queen’s University, and Munk Senior Fellow at the Macdonald-Laurier Institute. A former Eisenhower Fellow, the NATO Defence College recently published his policy brief on the Enhanced Forward Presence.