A new approach to military accountability: Christian Leuprecht in the Hill Times 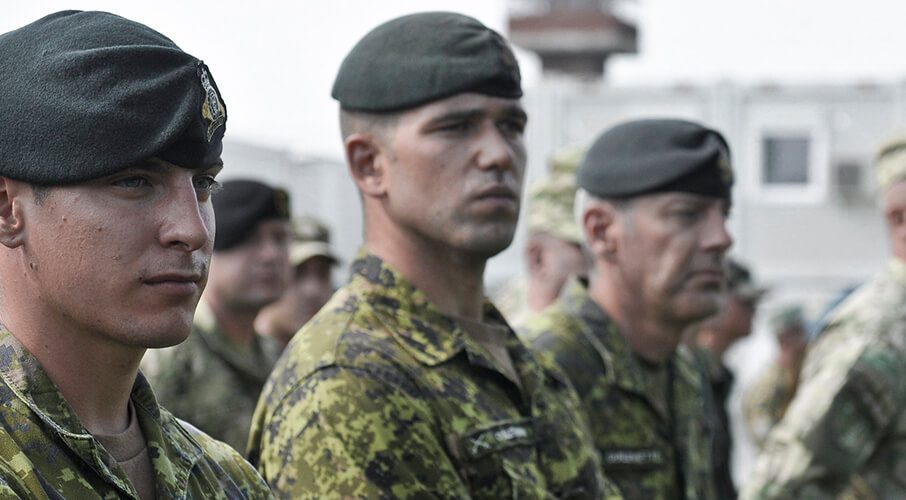 Governments exhibit a common pattern when confronted with harmful institutional culture: they appoint a new leader and commission an outside study. Yet this still falls short on accountability, writes Christian Leuprecht in the Hill Times.

In 1989, the Canadian Human Rights Tribunal mandated the full integration of women into the Canadian Armed Forces. However, women in the CAF know all too well that they have been integrated into an institutional culture that is neither of their making nor of their choosing: a highly sexualized contagion with a deleterious current of sexual misbehaviour.

Governments on both sides of the aisle exhibit a common pattern when confronted with harmful institutional culture: they appoint a new leader—whether chief of the defence staff or commissioner of the RCMP—and commission an outside study. By the time the study is tabled, public attention has died down. Government obliges by implementing some recommendations, while skirting more contentious ones. Government then defers to the organization on implementation, on which it has a decades-long track-record of falling short.

This approach is an affront to civil-military relations in a democracy and undermines a basic principle of Canada’s Westminster system of parliamentary government. Canada’s fundamental constitutional principle is responsible government: the government of the day is responsible to Parliament that represents the electorate. Its ancillary principle is ministerial responsibility: the minister is responsible for the conduct of her or his department and answers for it to Parliament. But when was the last time a minister, let alone a minister of national defence, resigned over a controversy?

Ministers of national defence have heeded their responsibility during past controversies: Brooke Claxton had the Royal Military College take in returning non-commissioned officers to grant degrees; Paul Hellyer implemented unification of the Armed Forces against their stiff resistance; Donald Macdonald set up the Management Review Group in response to cost overruns and shirking by the Army; and David Collenette and Doug Young imposed significant change in the aftermath of the Somalia affair and inquiry. In fact, Young’s successor Art Eggleton had so little confidence in the military’s ability to resolve problems internally that he set up a Minister’s Monitoring Committee that lasted several years.

Attempts post-Somalia to root out the noblesse oblige attitude among select senior leaders appears to have met with less success than previously thought, as commonalities in patterns are becoming apparent: then it was (ab)use of perks of office that came to light, now it is fraternization and misconduct in violation of the military’s Code of Services Discipline and possibly offences under the Criminal Code. Recent media reports on a case where the “regimental guard” of the PPCLI, well-connected to the senior CAF and political leadership of the department, backed a perpetrator over the victim are a case in point that is ominously reminiscent of the role of regimental senates in the Somalia case.

In 2015, the minister was expeditious in his exercise of responsibility at just a hint that a senior general officer—who was subsequently exonerated—may possibly have crossed the new government of the day. That overreaction now stands in stark contrast with the minister’s and government’s lax response to a genuine crisis that affects hundreds of uniformed members, present and past, and has ramifications for effectiveness, efficiency and morale.

A consensus is emerging among Members of the House on replacing the current Office of the Ombudsman with an inspector general who is internal to the department yet reports to Parliament. The IG at CSIS which was dissolved, but only because bureaucrats and politicians quickly lost sight of how it was supposed to function and, consequently, the IG ended up with too much overlap with SIRC.

Opposition Parliamentarians have been pushing for the IG as yet another addition to a growing list of agents of Parliament. This is par for the course: pushing for offices of Parliament when in opposition, only to come to regret those same offices when elected.

Rather than enhancing ministerial responsibility, the proliferation of agents of Parliament has been contributing to its decline. At the same time, it would not actually remedy the problem at hand. The purpose of the proposed IG is to establish an independent reporting/oversight agency for conduct-related matters that is external to CAF/DND. A professionally focused, statutorily based, independent IG would report to the minister of national defence, not Parliament. However, a CAF IG should be able to table reports to Parliament without having to obtain approval from the minister of national defence. The minister then has to act or be held responsible. An IG that reports to Parliament would not have the same effect. Since independence has emerged as a problem with the CAF ombudsman, public reporting would need to be enshrined in legislation to ensure both ministerial responsibility and the IG’s independence. The IG would conduct inspections and investigations of errors in judgment or unethical or illegal behaviour that erode professional culture, unit-climate and the well-being of members.

For serving members of the CAF to have confidence that issues raised will be resolved fairly, the CAF IG needs to be complemented by a complaint-focused office that reports to the Clerk of the Privy Council. The Office for Harassment Resolution would investigate violations of statutes or formal codes of conduct related to harassment or discrimination. With the clerk as the senior civil servant, akin to the deputy minister to the prime minister, arguably the office replicates some departmental problems, only at a higher level. Nonetheless, this dual-track model holds out the promise of tackling harassment and discrimination across government more broadly: the office could address pervasive issues in the RCMP along with the dismal results in the annual Public Service Employee Survey— where the CAF performed only marginally worse than other parts of the civil service.

Christian Leuprecht is Class of 1965 Professor in Leadership at the Royal Military College, director of the Institute of Intergovernmental Relations at Queen’s University, and senior fellow in Security and Defence at the Macdonald-Laurier Institute.