Understanding the new epidemic disease of MAiDism: Harvey Schipper for Inside Policy 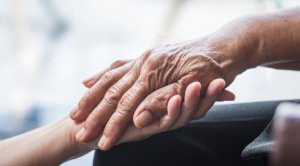 The spectre of having a doctor end one’s life has begun to take its toll on vulnerable people in our society, to the point where it could be described as a new malady of its own. We need clarity on Medical Assistance in Dying, writes Harvey Schipper.

Enabling legislation has now gone forward to the House of Commons in response to the Quebec Truchon decision, which held that the “reasonably foreseeable” clause in current legislation governing medical assistance in dying (MAiD) is unconstitutional.

What is most troubling about this is that legal argument, rather than scientific fact, is driving a public health initiative of enormous social impact. This despite the explicit obligation in Bill C-14 (which created the opening in the criminal code for medically assisted suicide) that our experience be reviewed in detail after 5 years. That has not happened, and there appears to be little prospect that Parliament will invest the time and effort in so doing.

For a public policy change of such vast and unexplored consequence, that is unconscionable. It is as wise as the apocryphal story of King Canute commanding the waves to stop.

Since the Carter Supreme Court decision that made medical euthanasia possible in Canada, more than 13,000 Canadians have availed themselves to it. We don’t know how many others have considered it, or who have been denied. I have long argued for rich, detailed examination of each case so that we can learn by real experience rather than legal and philosophical circumlocution.

We are not doing that, and it is plausible, even likely, that as a consequence we are ending people’s lives based on a presumption of diagnosis, or conversely denying access, absent the salient facts. That is a concern when we acknowledge that those who assess and provide MAiD are by and large advocates, without externally validated training and assessment standards, and sparse independent overview.

We have many experiences in medicine where seemingly obvious, intuitive concepts are widely adopted only to be found, later, to have caused irreparable harm. In attempting to relieve one form of suffering, we have on occasion created another. Blood letting, ever-more extensive surgery for breast cancer, lobotomy for mental disorders and the unfettered use of oxycontin are examples to our present day.

The legal conceptualization of MAiD, as outlined in Carter and subsequently encoded in Bill C-14, reflected narrowly constrained cases of irremediable decline, accompanied by unrelieved suffering as experienced by the sufferer, in the context of serious disease. Moreover, its moral fundamental was strict individual autonomy. Individual autonomy is a uniquely Western, perhaps libertarian, view that explicitly sets aside the concerns of those other than the individual in question. This singular view runs counter to a current and growing concern about respecting the diversity of life views in Canadian society.

I believe that in our attempts to relieve suffering by ending life we may have created a new disease, called MAiDism.[1] Put simply, what I would call MAiDism is a disease where the prospect of arranging one’s suicide leads to an increase in suffering for both the patient and those surrounding them.

Allow me to cite three cases, all of which came to my attention within one week. I am neither a MAiD assessor, nor a provider. However, by virtue of long experience as an oncologist and in the foundations of palliative care, I am often consulted about end of life issues, including MAiD.

The first case concerns a man in his late 80s with a strong family history of Alzheimer’s Dementia, and a wife so afflicted. He has now learned he too has early dementia. Without a psychogeriatric assessment he is told MAiD is no longer a possibility. The fact is, that’s not necessarily so. The unattended-to issue is whether this gentleman has the cognitive capacity to make such a decision. Moreover, there is almost no scientific experience in assessing cognitive capacity in the face of existential suffering. The law is being applied helter-skelter, absent the professional education otherwise required of any medical intervention.

The second case is that of an elderly woman who is living alone, trapped by COVID, and afraid that she might fall and end up in the hospital, where she most of all does not want to be. She was approved for MAiD. A friend then took the time to understand her concerns, which led to her accepting supportive care in her home, which was both available and which she could afford. The MAiD providers, it turned out, simply considered her age and co-morbidities, felt she qualified and never raised to possibility that there might be solutions short of ending life. As one eminent psychiatrist has opined, MAiD has become a service rather than, as intended, a last resort relief of unendurable suffering. This woman is now tormented by a persistent question, “When do I ask to receive MAiD?” The question tortures her, which leads to the third case.

A woman in her 90s has had a long history of episodic anxiety and moderate depression. She has a number of co-morbidities, including mild heart failure, but is otherwise quite healthy. Ever since the Carter decision she has obsessed with the possibility of ending her life. The isolation of COVID exacerbated this obsession, and despite the active discouragement of her family, she sought and received approval for MAiD. One of the assessors, citing COVID, made her judgment solely on telephone conversations. The patient has now made and cancelled appointments for euthanasia four times. In addition to the torment the patient reports, the family has been exposed to a continuing roller-coaster of emotional angst. I suspect, based on this and similar experience, that in addition to easing suffering for some, we have created a new, serious, difficult to treat, and occasionally fatal disease – MAiDism, for others.

MAiDism may be an emerging mental disorder, accompanied by reinterpretation of somatic symptoms leading to a progressive, obsessive-compulsive desire to explore and perhaps seek MAiD. Obsessive loops, as is well known to clinicians, can be self-perpetuating, leading to severe depression and even suicidal behaviour. Part of the clinical picture may also be the threat of application and finally undertaking the procedure to manipulate family behaviour.

How does this play out? When caught in the obsessive loop, pain that may be intermittent and perhaps manageable with relatively simple medication becomes a central focus, and, in its perception, becomes worse. Those close to the sufferer are drawn into the loop of despair, only to experience their own pain. Some of that surely comes from the sense of impending loss of a loved one. However, the cognitive dissonance between their observation of the daily realities and what is projected by the patient can be anguishing. The more caring you are, the more you are drawn into trying to relieve the suffering, but all manner of attempts – professional help, distraction, medication, appeals to ration and appeals to emotion – fail to address the fixation.

You seek help from the experts. That’s what you would do if the problem were cardiac, for example. You consult with the cardiologist. The cardiologist looks at a range of possibilities before advocating a heart transplant. But there’s a difference here. In contrast to other medical experts, the MAiD experts are in fact advocates of a singular approach to the problem. That is their formal mandate. Does the patient fit the criteria?  To someone with an obsessive-compulsive fixation, that is precisely the wrong treatment. It is as likely to exacerbate the disease as relieve it.

Who might be most susceptible to MAiDism? Perhaps those with histories of depression or anxiety, particularly with an obsessive component. Perhaps those of advancing age, where in the normal course of decline, the ability to appreciate nuance is diminished. Perhaps those who have recently received very disturbing news about loss or vulnerability they have not had time to internalize and reflect on. Perhaps it is a reaction to a transient threat to autonomy or identity which is not recognized as such. It may also affect those whose emotional regulation is somewhat disinhibited by age, or medication. We don’t know how common this is, but anecdotes point to circumstances to explore. We also need to better understand the circumstances which might drive people who otherwise wouldn’t consider MAiD to contemplate their medically assisted suicide.

COVID has exposed many failures in our medical and social systems. The intense and difficult periods of isolation many otherwise healthy persons are experiencing may have increased suicides. If, indeed, there is also an increase in MAiD requests, does it fully meet the criteria suggested by litigation and legislation? We know from the suicide literature that one notable suicide often motivates others. We may well be seeing a similar phenomenon.   Whether this justifies MAiD is a societal as much as medical question that must be addressed directly, based on experiential evidence.

In this country, we have come to a consensus that there is a place for the active ending of a life of suffering. Do we not need to characterize MAiDism with the same attention to cause, effect and treatment as COVID, or heart failure or other disabling maladies? Is it our intent to liberalize active euthanasia to include the trying but hopefully passing consequences of a viral epidemic?

Whatever conclusion we reach about changing the law, we need to have confidence that the selection and training of practitioners who may provide MAiD understand that their obligation includes adherence to the principle that MAiD is a last option. Moreover, they have to be able to distinguish between a desire for MAiD based on the principles of both legal and legislative judgment, and a new, difficult to distinguish condition, MAiDism.

The advocates for liberal application of the legal and regulatory response to MAiD suggest this is a straightforward, if somewhat controversial idea whose time has come. Their position is framed in terms of strict individual autonomy and linear rational thinking on the part of applicants. However, lived experience is the real test. What is becoming very clear is that MAiD is no different from any other medical intervention. Its effects are complex, its application far from straightforward, and its effects extend well beyond the individual at its centre. MAiDism is a cautionary tale.

Harvey Schipper is Professor of Medicine and adjunct professor of law at the University of Toronto. He was a member of the Council of Canadian Academies Expert Panel on Medical Assistance in Dying. And he is the author of MLI commentaries “The Bed We’ve MAiD: Moving too quickly and without evidence down a path of Medical Assistance in Dying,” and “How pandemic modelling failed policy-makers, and how to do better.”

[1] The author is aware that maidism is an archaic term for pellagra, a disease resulting from Vitamin B3 (niacin) deficiency. The repurposing of the term seems poetically appropriate to the matter at hand.