The new nuclear arms race that wasn't: James Fergusson for Inside Policy 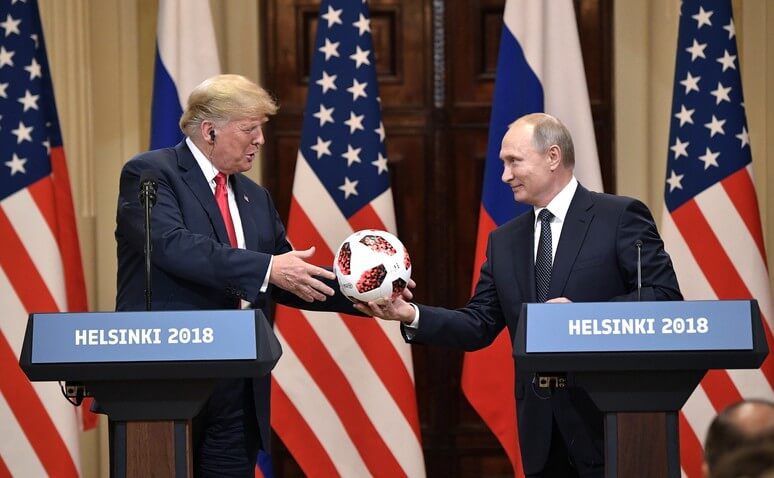 Despite the idealistic hopes and fears of arms control advocates, arms agreements are a product of the political environment of the time. Politics is the art of the possible, and this is no different in the world of arms control, writes James Fergusson.

As we head into the last few days of a heated US election campaign, there is much to criticize about President Donald Trump's legacy on global affairs as he trails in the polls to Joe Biden. But it would also be fair to acknowledge cases where Trump critics proclaimed disaster when it hasn't come to pass.

A good example can be found in the Trump administration’s decision to exit the Intermediate Nuclear Forces (INF) Treaty, citing non-compliance from Russia. Signed in 1987, the US and Russia (then Soviet Union) agreed to eliminate their entire arsenal of intermediate-range ground-launched nuclear ballistic and cruise missiles. They also agreed not to develop, test or deploy these weapon systems indefinitely.

The Treaty’s demise generated fears that both Russia and the US will proceed to deploy large numbers of INF systems, generating a nuclear arms race and threatening the security of Europe and Asia. These fears are understandable, but misplaced for economic, political and strategic reasons.

Economically, Russia is in no condition to engage in a nuclear arms race. Its resource-based economy has been battered by the decline in oil prices. It is unlikely that Putin has not forgotten the role of military over-investment in the collapse of the Soviet Union. Indeed, the full economic impact of the COVID-19 pandemic on both the Russian and US economies remains to be seen.

Politically in the context of Europe, any US INF deployments would require the agreement of its NATO allies. An American attempt to deploy INF would likely fracture the alliance, with the political implications for the future of NATO difficult to predict.

Strategically, both are unlikely to deploy large numbers of INF systems, if any at all beyond the small number of Russian non-compliant SSC-8 cruise missiles. They are obsolete and irrelevant in today’s world. Both possess and are developing a range of air and sea-based INF systems that were never constrained by the Treaty and meet their respective deterrent and defence requirements.

Of course, some form of agreement might be possible, based on these considerations. One possibility is Putin’s recent proposal to negotiate an INF moratorium, including a provision for on-site inspections of systems claimed to be non-compliant. He has also pledged not to deploy INF unless the US does.

Yet the political environment eliminates this possibility, at least for now. For the US, accepting this proposal would legitimize Russian cheating. Until Russia eliminates its non-compliant SSC-8 cruise missiles, no deal is possible.

But this doesn’t really matter. Beyond its limited SSC-8 deployments, neither Russia or the US have taken any steps towards INF deployments. The US has tested a ground-based variant of its Tomahawk sea-launched cruise missile and a 500 kilometre-range ballistic missile. These tests, however, are not an indication that the US is about to deploy INF systems. Rather, they are the US response to the Russian moratorium proposal. Simply, the US can and perhaps will deploy, if Russia goes first.

In other words, Putin’s proposal is tacitly in place. Political reality dictates that it can’t be formally and publicly agreed to. Such is the case for all arms control agreements. The political environment determines what is and is not possible.

This also applies to the future of the remaining arms control agreement between Russia and the US – the 2011 New Strategic Arms Reduction Treaty. New START expires in February, but can be extended by mutual agreement for five years. While Putin has publicly agreed, the US has not. Instead, it has linked extension to other non-strategic nuclear systems, including INF, as well as Chinese engagement.

Whether New START survives is an interesting political question. But, even without it, the world is not going to be appreciably different. Beyond the ongoing modernization of their respective strategic arsenals, neither has any requirement to expand their forces. For Obama, New START was a political symbol to re-set US-Russia relations, rather than an agreement that appreciably affected their strategic requirements.

As for China, which possess INF systems and has refused to engage in negotiations, the demise of the Treaty does enable Russia and the US to deploy INF systems into Asia. This, in fact, may be the real underlying reason for both to walk away from the Treaty. It also creates the possibility of tacit agreement on their part to limit INF deployments to Asia. Regardless, the same economic, political and strategic logic governing INF in Europe also applies to Asia. Limited deployments for political reasons may result. But, neither will amount to a nuclear arms race.

In the end, despite the idealistic hopes and fears of arms control advocates, arms agreements are a product of the political environment of the time. One may lament the demise of the Treaty, but its actual impact on strategic relationships resides on the margin. Politics is the art of the possible, and this is no different in the world of arms control.

James Fergusson is Deputy Director of the Centre for Defence and Security Studies and Professor in the Department of Political Studies at the University of Manitoba. He is also the author of a recent MLI paper titled “A Relic of the Past: Why the demise of the Cold War’s INF Treaty will not alter the strategic military balance.”